Campaign group Friends of Cliftonville Coastline (FOCC) say they have made an exciting discovery about a building facing Walpole Bay but are concerned about alterations made to the structure.

Florence Court is an imposing property on the Cliftonville coastline. Built as a high end hotel in 1913 by Florence Bowman, a successful landlady from Dalby Square, Hotel Florence was quickly expanded to cope with demand. Unfortunately its independent success was short lived and by the middle of the century it had became one of the Cliftonville Butlins hotels, then accommodation for Butlins staff and finally was converted to flats in the early 1970s. 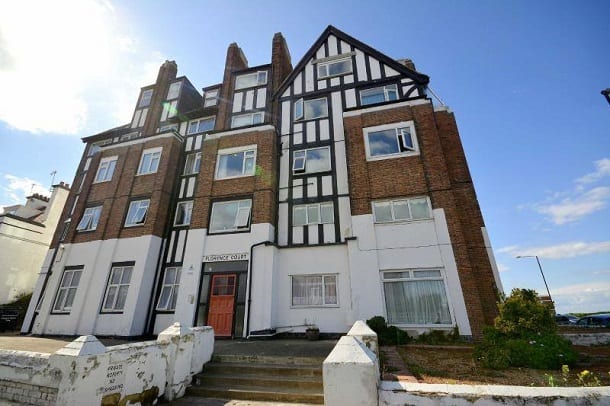 FOCC say they have discovered that the property was almost certainly designed by the architect responsible for the Hoover Building in London.

They have come to the conclusion after research showing the building is very similar to other works by architect Thomas Wallis who was known to work on properties in Kent.

Mr Wallis, who was part of Wallis, Gilbert and Partners who designed the Hoover building, is also named on an early poster promoting the hotel. 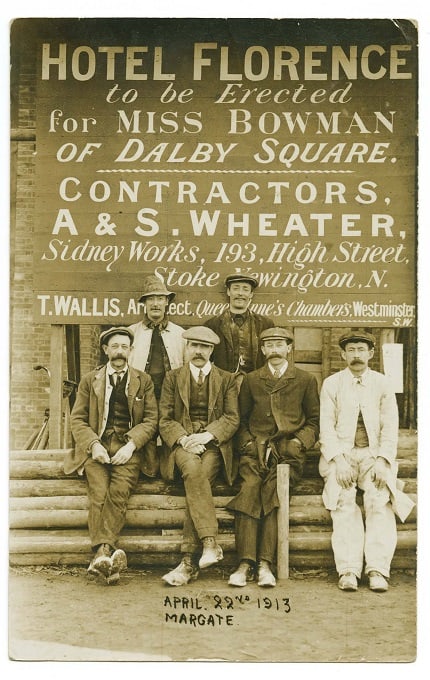 A spokesperson said: “We have made the exciting discovery that Florence Court was alost certainly designed by the UK’s preeminent Art Deco architect, Thomas Wallis, who designed the Hoover Building and many other iconic structures. Even though it has suffered over the years, it is believed to be his oldest known building and externally bears all the hallmarks of his most famous structures – huge monolithic slabs, combined with vernacular flourishes. It is an extremely early example of Art Deco style and as such it is a significant part of architectural history and we believe this is worth shouting about!” 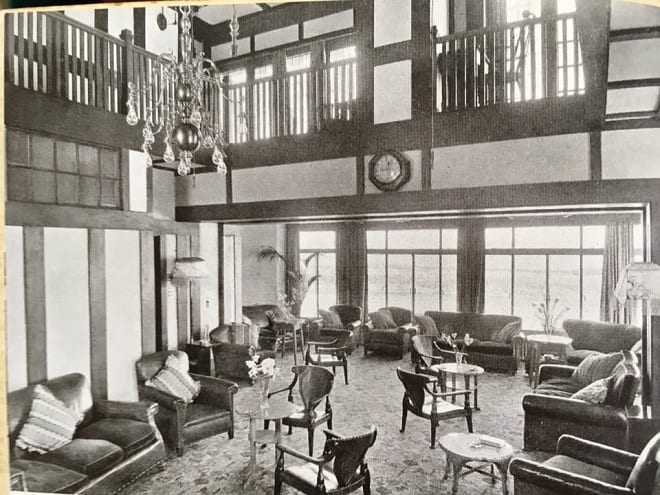 David Hills, architect and expert in the Wallis legacy, said: “Thomas Wallis was an important architect of the early part of the 20th century. Denigrated by the profession at large for being too commercial, he was a visionary in many ways. As a result of ‘sniffy’ attitudes, Wallis never really received the recognition that he so richly deserved at the time, and it is only now that the diversity and quality of his buildings are starting to be appreciated. 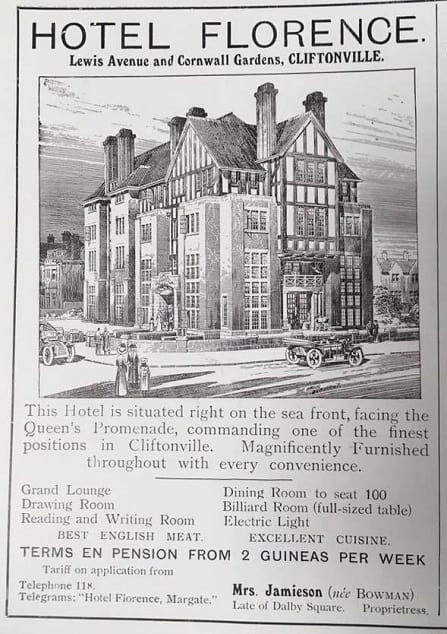 “The discovery of the Hotel Florence shows his remarkable versatility, and how he was able to turn his hand, chameleon-like, to a range of styles whilst still maintaining his inimitable mastery of form and function.”

But FOCC also say they are concerned about alterations, such as a recent replacement of an Edwardian entrance door with a metal industrial factory style door and talk of rendering the frontage.

The spokesperson added: “We have a fantastic architectural legacy throughout Cliftonville, but our built environment remains poorly valued and promoted, in fact our Conservation Areas are not properly protected which renders the designation meaningless. 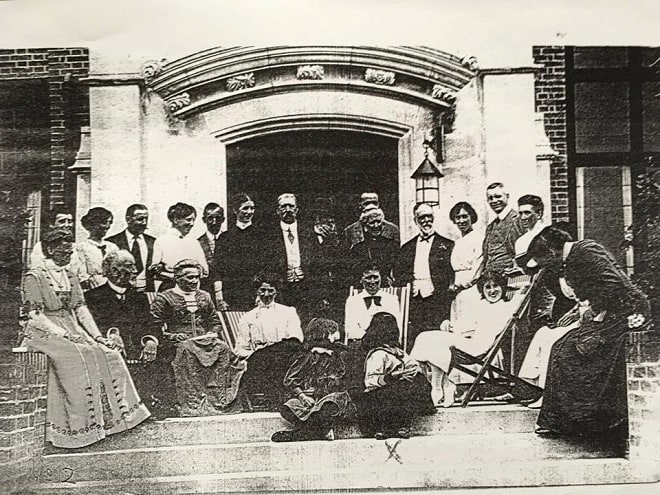 “FOCC believes that improving our landscape and environment must be a priority, both for the welfare of locals and to improve the experience for visitors. We encourage anyone who is interested in or knowledgeable about architectural history to join Friends of Cliftonville Coastline and help us in this quest.”