Margate resident and Internationally renowned artist Chu is displaying his new work at ‘Landlauds pt.2’, an exhibition at the Margate Station Gallery in Fort Road Yard in Margate.

Throughout April there will be new works including landscape prints from designs Chu has made of Margate, painted and drawn originals (some in three dimensions), stickers, badges, posters and lots of signs with Chu’s impressive lyrical twists.

While you’re there you can try your hand at a game of  Margate Bingo – it’s not your normal game!

During the exhibition a series of treasure hunts will take place where lucky winners will be able to find one of Chu’s art pieces, all waiting to be discovered within the CT9 postcode.  Clues will be found on his Instragram account @chu3d

Chu first began experimenting with aerosol paint and home computers in the late 80s. During his 30 years of creative enterprise, he has worked with Banksy and Jamie Hewlett, collaborating on groundbreaking opera ‘Monkey Journey to the West,’ at the Swiss Embassy in London, and had public commissions for Glastonbury Festival South East Corner. He has also been ‘artist in residence’ for Google during the launch of their VR painting software called Tiltbrush.

Chu was also responsible for co-directing and producing the new promotional video for a song entitled “Who’s Been Having You Over?”, the debut single from the new album by Peter Doherty and his new band the Puta Madres. The sleeves of all the band’s new releases and merchandise are also designed by Chu, with artwork by Peter Doherty.

He also installed a new landmark on Margate’s seafront near Turner Contemporary at Rendezvous The piece is called Turner Way, and is a 7m oversized replica road sign. His work has also been on show at the inaugural Joseph Wales venue and at the popular Geek festival, held inside Dreamland. He also created a Peaky Blinders backdrop for the Lord Byron pub in Margate last year. 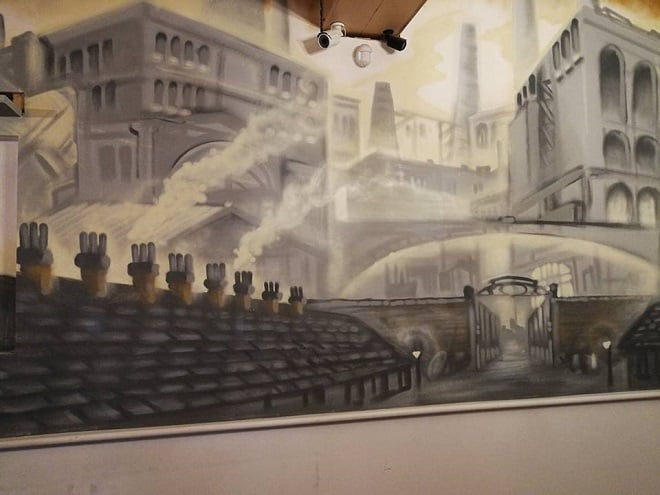 Landlauds pt.2 runs until Sunday, May 5.

For those that can’t make it Chu has a shop at https://landlauds.bigcartel.com