Luke Wallace has made history for The Falcons Kickboxing Club by being the first member to take a World Kickboxing Organisation (WKO) title.

The 17-year-old fought his way to gain the  Junior World Champion belt at the WKO Cyclone 8 show in Grays, Essex on March 23.

Luke was one of three competitors from the kickboxing club based at The Old Barn in Hartsdown Park to take part in the event. The other two fighters were Alan Wood, 39, and Aston Young, 10.

Both boys are at the top of their game and were ready to put everything on the line to be crowned WKO number 1.

The first round started with the boys trying to find their feet and range, second round Lawless was the one that found his feet first working on the inside of the reach of Luke. After a quick chat and adjustment in the fighting skills Luke utilised the uppercut making Lawless keep his distance allowing the Margate lad to place a perfectly timed right cross to the body which sent Lawless straight to the canvas.

With Lawless unable to continue Luke  became the victor by KO and was crowned the New WKO Junior World Champion. 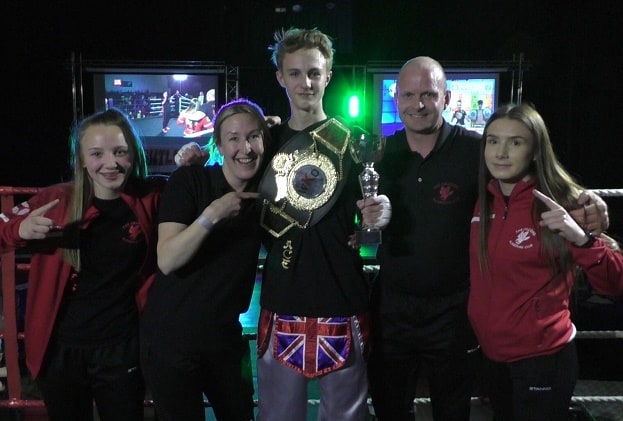 Prior to the championship match were bouts for Aston and Alan.

Aston was making his debut to full contact kickboxing against Donte Bartlett. The fight was three times 1.5 minute rounds.

Aston started very strong, working the hand and leg combinations, making the ref give Bartlett a standing 8 count and really showing who was the stronger in the fight. Second round both boys working well and then Aston dominated the third to take the unanimous decision.

Alan was next against a strong Neil Anderson. At the start of the round it was evident both fighters were going for the win with heavy shots thrown either side. Alan’s were the cleaner shots, stopping Anderson in the first round to get a standing 8 count. In the second round neither man was giving up both, with showing the crowd how tough they were.

In the third round Alan really put on the pressure, sending Anderson to the canvas with a big right hand and the second count of the fight. Alan took the unanimous decision. 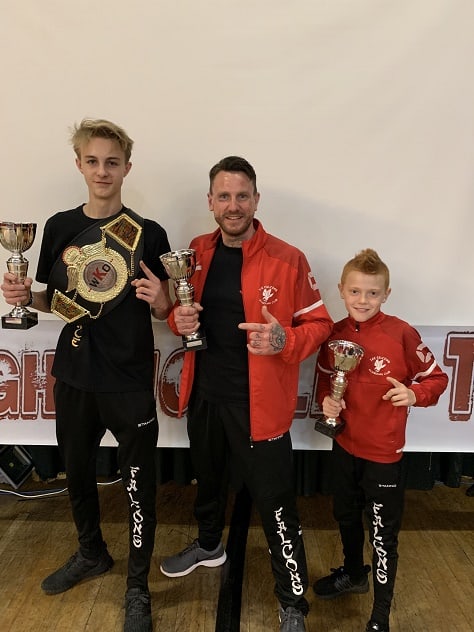 Falcon club instructor Mark White said: “I’m so very proud of what my team has achieved. Putting their lives on hold for eight weeks prior to the fight and training six days a week is not easy.

“They have shown great dedication and determination and I couldn’t ask for any more than was shown on the night. These three are fantastic role models for the members of the Falcons team.

“Luke Wallace has made history by becoming the first World Champion of The Falcons Kickboxing Club.”