A fundraising drive is taking place to raise cash for house adaptions so a young man attacked and left with brain damage last year can finally come home.

Joe was initially taken to a local hospital but was then transferred to Kings College Hospital in London,  At first Joe was heavily sedated and in the critical care unit in a coma, breathing through a ventilator.

Joe is currently staying at a rehabilitation centre in Herne Bay. The severity of his injuries have left him unable to walk, speak or complete many basic tasks for himself. Joe currently communicates by spelling words out on a letter board with his right index finger.

He is due to undergo  an operation in mid-April to have his skull re-formed.

Joe is on the verge of going home but the family have to raise money for adaptions to make their property suitable for him.

Amongst the equipment needed are a wet room, a motorised wheelchair, nutrition and physio therapy support.

His mum Nancy said: “The financial impact has been immense, both Joe and ourselves (parents) are self-employed which has meant one of us have had to give up work to be by Joe’s side.

“Anyone within the disability world will tell you how daunting and frightfully expensive it is. You have to fight for everything and frequently you don’t get what is needed and end up paying ridiculous prices for things yourself. One of Joe’s therapies cost £400 for six sessions and sadly the money has run out so now we need to look at how we are going to fund this.”

Nancy is working with KCC but it is not clear yet what support they will get or when. In the meantime Joe waits and, regardless of this the house will need adapting with equipment for Joe, a wet room, a motorised wheelchair, Nutrition and physio therapy support. 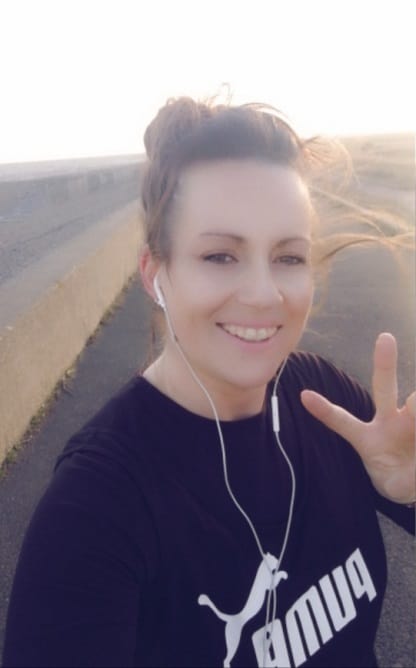 Joe’s battle and his positive spirit have won the support of Broadstairs teaching assistant and carer Vicki Holden.

Vicki worked at the rehab centre, where she met Joe.

Meeting Joe and seeing his determination to get well and talk again has inspired the Laleham Gap staff member to take on a sponsored 100 mile run to raise cash to help get him home.

She said: “The first time I worked with Joe I introduced myself to him and he replied “How are you” with the biggest smile on his face and then raised his hand for me to shake, it was at that point I though, he’s very nice and polite and I wanted to know more about him and the journey he has been on in the last year.

“Whilst assisting Joe with his breakfast he chose to tell me about what happened the evening of the attack and how much he is determined to get back to leading a normal life. I would help anyone out if I could but it was the positivity, determination and inner strength of Joe that spurred me on to wanting to help him as much as possible as well as help his mum Nancy who is just amazing!

“Nancy has not left Joe’s side the whole time and has sacrificed her business and her social life to be with Joe as much as possible ensuring he receives the best care available to him.” 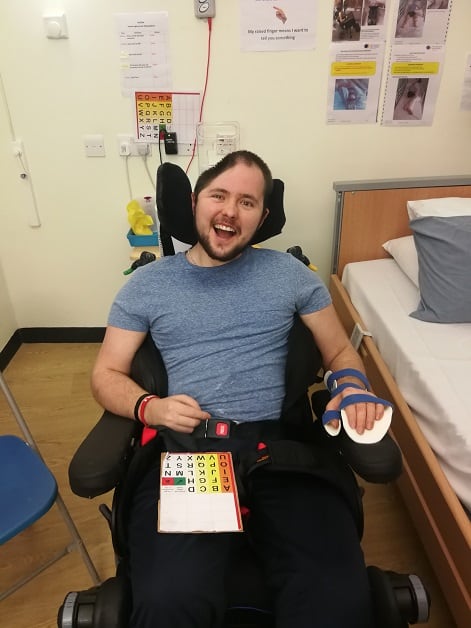 Vicki started a Just Giving page and then decided, even though not being a regular runner to run 100 miles in 3 weeks.

Vicki said: “Joe has asked to be there for when I finish the last part of my run so I will be mapping my last part to end where Joe is staying so that he can come out in his wheelchair and watch me. I will then give my medal to him to keep as a memory.” 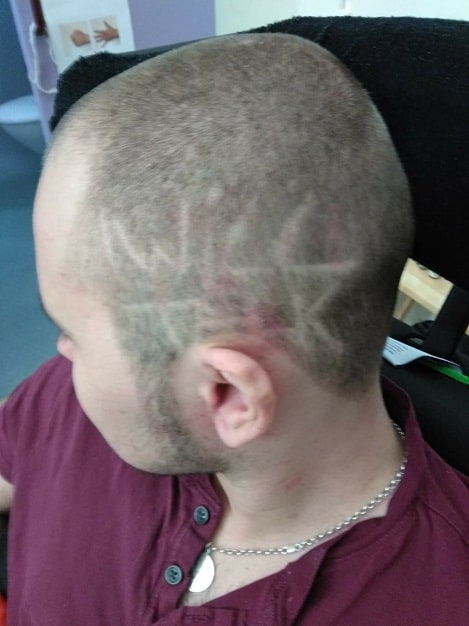 Determined Joe, 25, is setting his sights on the future. He said “I would like to start blogging about the journey I have been on so far and continue to go on. I will have full control of what is being written on my blogs but my mum will be the writer for me. Me and my mum are very close, without her I would not be here today, thankyou mum.

“When I am better I would like to travel around America and visit my aunty who lives there. Also Vicki loves music so I would like to go to a concert with her and have a few drinks, but recovering is my main focus for now. “

Joe, the family and Vicki have been moved by the support they have been receiving from people who are “just so generous.”

Vicki has set herself a target of raising £5,000 by May and has been busy organising cake sales at work and a fundraising event in Birchington in May.

With a band playing, raffle prizes and a model, Jamie Pert, putting himself through a waxing- where people can pay to pull off a strip -she hopes to achieve that amount by the night.

Vicki and Joe’s family are appealing for support and asking local businesses to consider donating prizes.

Anyone who can do this, or help in any way, however small, contact Vicki at: Giles238@gmail.com

If anyone would like to donate to Joe’s fund go to www.justgiving.com/crowdfunding/v-holden100-mile-run-for-joe

Last year Liam Bayliss, 24, was jailed for four years and three months for the attack on Joe.