Two Ramsgate volunteers have bagged up waste on the Westcliff and spoken to Travellers currently camped there in the hope a friendly approach will help keep the area clean.

Maxine Morgan of the Western Undercliff Community Group and Becky Wing of the Addington Street Community Group, said they felt leading by example and being friendly would be a better way to work with the Traveller community.

The group moved on to the site on March 14 after leaving the Sunken Gardens on the promenade at Westgate and Westbrook.

However, the notice has been ignored and Thanet council is now awaiting a court hearing to force eviction, according to the Thanet Community Safety Partnership. 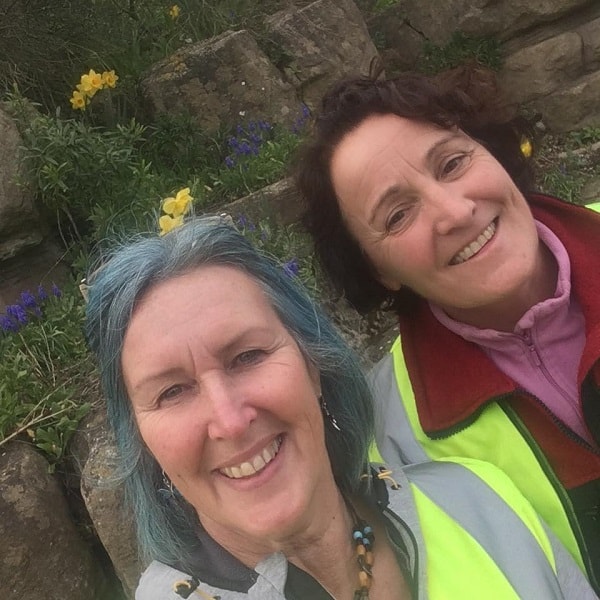 Maxine and Becky took action after some residents raised concerns over waste building up at the Chine.

Becky said: “Travellers had bagged a lot of stuff but there was still a lot scattered about and we were worried this would be blown about, so we bagged this and have left it in a convenient place for Thanet council to collect.”

Both Maxine and Becky are regular volunteers for litter picking and gardening. Maxine said: It is something we often do to keep our community looking fabulous.  We were able to talk with a number of the travellers who were very polite and a couple of the kids asked them what we were being paid.  We told them nothing and  we just love our community spaces and like to keep them clean’.

The pair say they hope the friendly approach will help reduce  rubbish at the site, They have left rubbish bags and suggested a spot for the full up bags to be left at for collection.