A hat trick for Charlie Knight was the highlight of an eighth try romp for the Thanet side.

Neil Wakefield returned from injury as hooker in an otherwise unchanged pack. Nick Herbert moved to fly-half replacing the injured Marius Thompson with ageless Peter Macaulay once again stepping up to first XV action at inside centre. Reece Hougham was back on the wing.

The hosts, aided by three early penalties, had the better of early exchanges but Wanderers defence was sound. Thirteen minutes had passed before Thanet’s first meaningful attack. Good handling and  clever use of the strong wind by Nick Herbert together with a Knight’s chase brought a penalty as the home defence went offside.

Dan Hill took over kicking duties and his kick gave Wanderers a 3-0 lead. The Bulls were competitive but promising opportunities were lost through unforced errors. On 20 minutes Andy Letts sent Hougham away and the young winger side stepped superbly through the Bulls defence to make it 8-0. Aylesford’s attacks were foiled by excellent defence with Kamil Wiecaszek’s destructive tackles a feature. 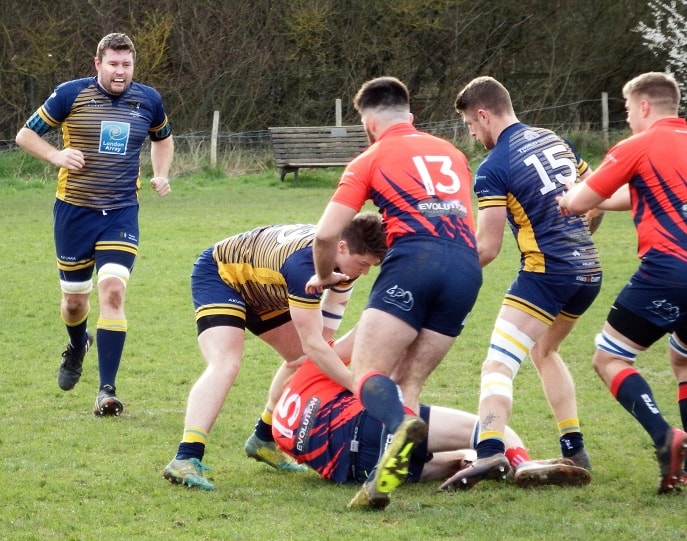 A powerful maul drove the Bulls back and Brett Scott linked well before, playing with a penalty advantage, Hill released Knight. The Kent U20 player finished strongly and a fine conversion from Hill stretched the lead to 15-0. Wanderers were dangerous with the ball in hand but errors meant two good opportunities were lost. Bulls scrum was coming under severe pressure and going backwards but the score remained at 15-0 at half time.

Kris Finneran seized the kick off and set Wanderers back on the attack. Sam Rolfe caught and weaved his way through numerous defenders before handing on to Hill in support who made his own conversion easy by scoring under the posts for 22-0. Arek Janeczko carried strongly as Wanderers withstood a period of all out Bulls attack before after ten minutes of the half Wanderers secured the fourth try and a bonus point. 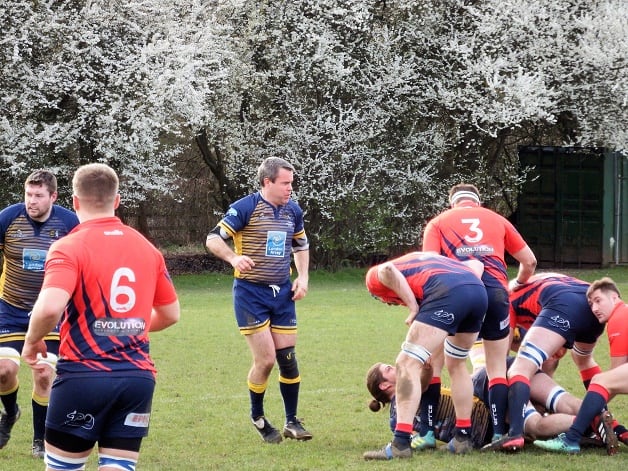 A dominant drive from the pack ended with Scott sealing his return to top form with a first try since his leg fracture at the end of last season. Hill’s conversion made it 29-0. Jimmy Green gave the Bulls replacement prop a very warm welcome to the front row as the pack tightened its grip. Alex Veck and minutes later Sam Taylor left the bench replacing Janeczko and Andy Letts who had put in top shifts.

Veck, who was a member of Head Coach Mike Pond’s juniors who won National Honours in 2013 and 2014, quickly grabbed a first try in first team colours. Dispossessing an opponent, he seized the loose ball and crashed over near the posts. Hill made it 36-0. Captain Adam Gaddes’ powerful carry out of defence now ended with the ball in Knight’s hands in his own half. He outpaced all chasers to touch down wide left.

His hat trick try soon followed as, following good work by Tom Walton, Knight again tore the home defence to shreds.  Hill’s brilliant conversion from wide left made it 48-0 but there was a final flourish still to come. Taylor claimed the restart and Danny Clement, the third finisher from a very strong bench, made a trademark carry and initiated the move that ended with full-back Rolfe scything through a weary home defence to touch down for a final score of 53-0.

There were many candidates this week for the man of the match award. Charlie Knight for his hat trick and there were also 18 points for Dan Hill in the backs. In the forwards Kamil Wiecaszek had his best performance to date at tighthead but both teams chose Captain Adam Gaddes as Thanet’s Man of the Match for an outstanding performance in Wanderers second row. He was a deserving winner of this week’s Malachy Egan Man of the Match award. 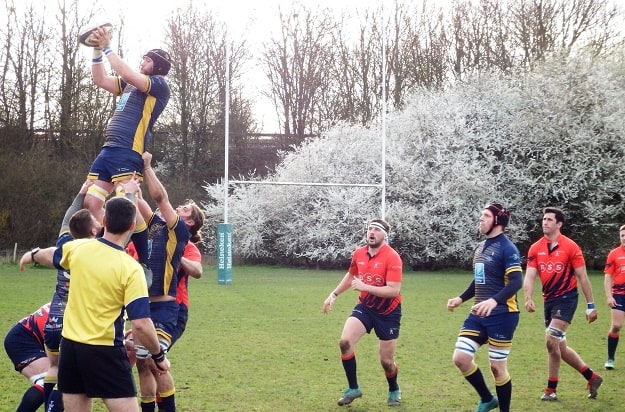 This was eventually a comfortable win for Wanderers but in the early stages they had to struggle to establish control against an Aylesford side who fought hard and who have been without key players for much of this season. Today’s defeat confirms their relegation from London League 2 (SE) together with Heathfield and Waldron. We wish them well for a better season in 2019/20.