Thanet can now lay claim to being the only district in the country – maybe even the world – where residents will be able vote for a concrete piling to take a seat on the council.

Ramsgate artist Gary Perkins –aka last Summer’s escapee Pleasurama piling –  has announced he will be standing for the Sir Moses Montefiore ward.

The 51-year-old moved to a property near the Montefiore Synagogue in 2007 and has opened up his home to community events including film screenings, Ramsgate’s Advent Doors (a Christmas fundraiser for Thanet’s Winter Shelter) and to a POW (Power Of Women Festival) for an art exhibition. He also occasionally hosts pop-up free film screenings in Margate and on Ramsgate’s Main Sands. 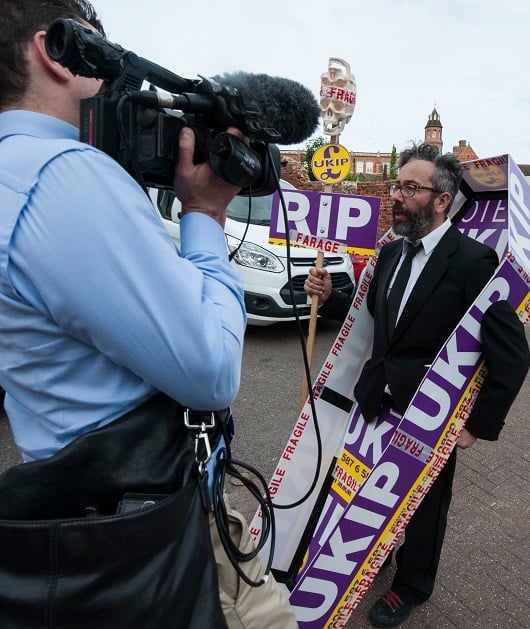 Gary is possibly best known locally for his creative political activism, including bolting Welcome mats to a UKIP adverting hoarding on St. Andrews Road in 2015 and, more recently, the escapee piling escapade highlighting the blight of the stalled building project at Ramsgate’s seafront Pleasurama site.

He has worked in education for 30 years as a gallery educator and university lecturer in Liverpool and London. As a sculptor, Gary has worked and exhibited in Japan, USA, Australia, New Zealand, the United Arab Emirates and throughout Europe.

Now, motivated by what he describes as “a continuing chaos in local and national politics”, Gary has thrown his (ship-topped) hat into the ring to fight for votes in this May’s local elections. As an independent he says he is sidestepping any party political endorsement in a bid to be better placed to represent everyone and offer them a choice at the ballot box. 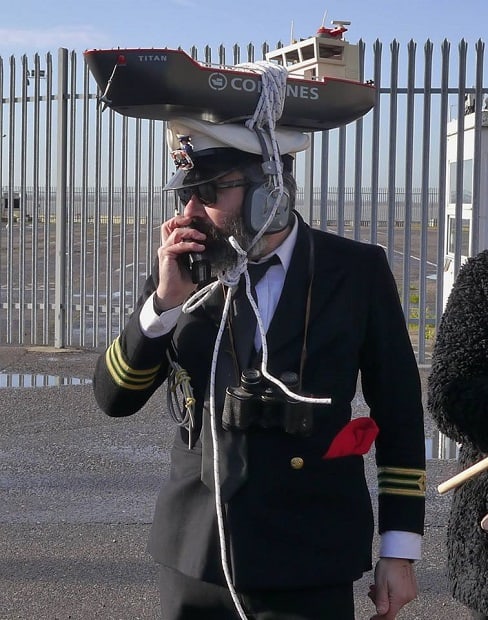 He said: “We have in our ward some of Thanet’s best outside spaces, I want to make sure that our parks, beaches and the streets we share are safe, clean and available for everyone to use and enjoy.

“Without getting too Biblical, Sir Moses Montefiore Ward is a little like Noah’s Ark: We have two general practice partnerships in our health centre, two dental practices, two primary schools, two large green spaces in King George VI Memorial Park and Ramsgate cemetery, even our chip shops and tattoo parlours come in pairs.

“I want our unique community and the public services and infrastructure that we rely on to be protected, maintained and enhanced and I will work hard, thoughtfully, passionately and creatively with Thanet council to make sure that happens.”

The elections take place on May 2. Hopefuls will go head to head in the fight for 56 seats at district council.

The authority is currently led by a minority Conservative administration. It is composed of 22 Conservative; 14 Independent and UKIP Group; 12 Thanet Independent Councillors Group; 5 Labour and 2 Independents.

Read here: Call for district and parish councillors for May local elections

Are you standing in the local election? Send your photo and 150-200 words about yourself and why you are standing to isleofthanetnews@gmail.com