The search is on for an escapee concrete piling from the former Pleasurama site in Ramsgate.

It was last seen breaking out of the seafront plot, perhaps disturbed by the new funfair, and then trotting along Wellington Crescent today (July 22).

Families waiting to see the carnival also spotted the ‘pillar’ outside the Albion House hotel and by the East Cliff bandstand. 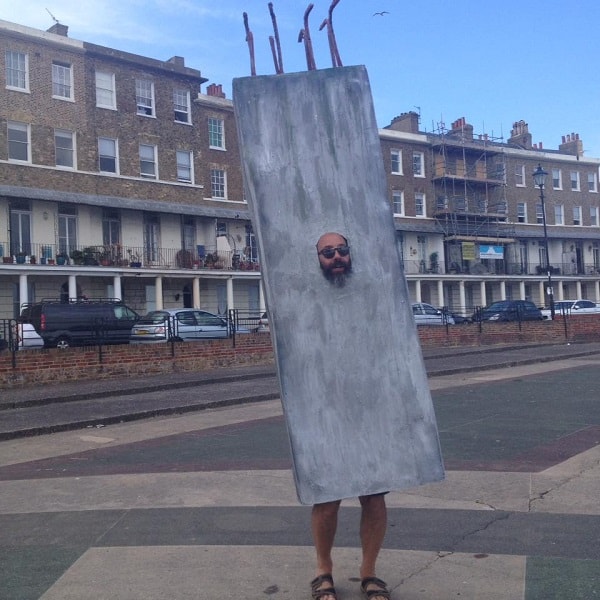 The piling – aka isle artist Gary Perkins – broke out of the site which, until this month’s funfair, had been unused since a blaze on the evening of May 25 -going into May 26-1998, which devastated everything on the site, including the listed railway, the amusement arcade, cafe/restaurant; bingo hall and associated offices.

In January 2004 planning permission was granted for a 60-bed hotel, 107 residential apartments, leisure facilities and retail but despite the ongoing saga of changing companies and contract buy-outs work is yet to start in earnest. It is thought the piling was ‘gently protesting’ at the 20 years of inactivity at the plot and the seven years of standing about doing nothing since the pillars were installed.

A search party spokesman said: “This pilings graveyard is an important piece of Ramsgate heritage and we do not take this escape lightly.”