Palace Amusements in Margate High Street has been targeted by a robber for the second time.

Just after midnight yesterday (February 18) a man was reported to have walked into the building, threatened a member of staff before demanding and taking money from a safe.

It is thought he may have entered through the rear of the premises and left the same way carrying a bag of money. No one was injured during the incident.

The description of the suspect matches that of the man described during a previous robbery at the same business on Sunday, January 27. He is described as black, around 5ft 8ins tall and was wearing a balaclava. 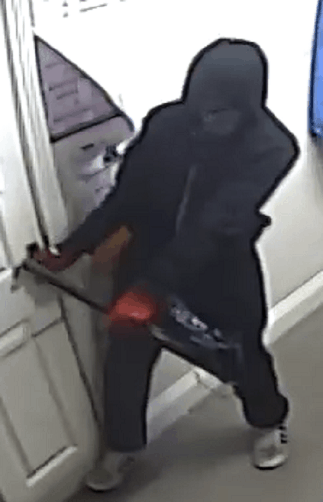 Investigating officer Detective Constable Leah Roberts said: “We believe these robberies are linked and are renewing our appeal for witnesses. We are also still seeking the identity of the man in this photo, who may be able to assist with our enquiries.

“Whilst the face is not clear in this image, we hope someone will recognise the clothing, footwear and build of the man and let us know who he is.”

Alternatively, you can contact the independent charity Crimestoppers in Kent anonymously on 0800 555 111.