Following on from its inaugural 2018 multi-venue festival in Cliftonville, the Caring Is Creepy will return with another incendiary bank holiday weekend of live music. A collaboration between Margate promoters Art’s Cool and fellow town residents Moshi Moshi Records, the three-day event will take place on May 3-5. It will be held at Margate’s hottest new music hub and record store, Elsewhere based in The Centre.

The decision has been made this year to scale back the logistics of the event to one venue. Art’s Cool founder Sammy Clarke said: “It’s not Caring is Creepy as we know it. But it’s definitely related.

“Since 2018 we’ve been helping set up a new venue in Margate called Elsewhere. And it’s all gone very well. We’ve had packed out shows with Pigs x7, Snapped Ankles, Wand, N0V3L, Gang, Black Gold Buffalo and a whole bunch of great folk play there.

“However the downside of all of this industry and fun is we didn’t have time to put together a proper festival for Spring this year.

“So what we have done is put together an amazing three day bill at Elsewhere for the first May Bank Holiday while we plan a proper multi-venue CiC festival for this Autumn. An appetiser if you will. Some delicious homemade bread sticks to keep you distracted while we clear the table.”

Headlining the weekend’s Friday night program and making their Margate live debut are Bo Ningen who are fusing disparate sounds and influences into a fierce, eclectic torrent of grooves.

This journey has been a success, attested to by support they garnered from musicians spanning a wide range of genres and generations including Primal Scream, Super Furry Animals, Kasabian, TV on the Radio, the Fall, and Savages to name a few.

Audiobooks arrive with songs that “are mind boggling. And make you want to dance”. They are the synth duo made up of Evangeline Ling and David Wrench. Evangeline is a 21 year old art student and musician from Wimbledon and David is one of the most in demand mixers and producers in modern music, a sometime cohort of Julian Cope and former denizen of North Wales – they might seem an unlikely pairing. 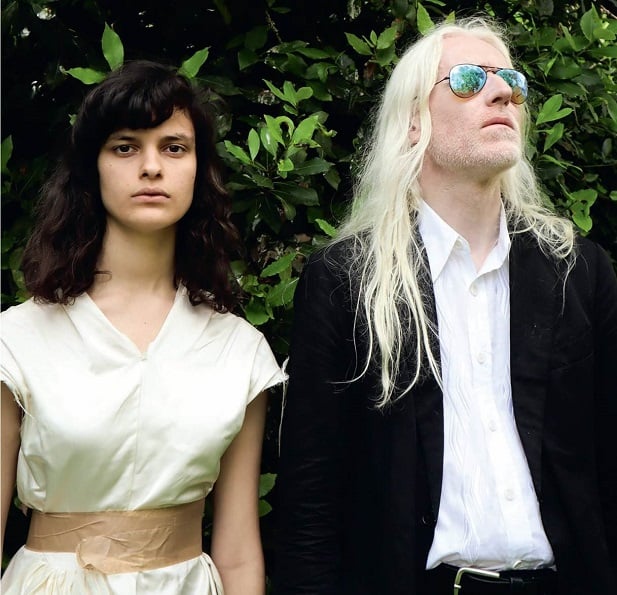 Yet a chance encounter at a mutual friend’s party just one week after David had moved south to the capital very quickly led to an experimental studio session that’s been going on ever since. Audiobooks released their debut LP via Heavenly Recordings in November of 2018. 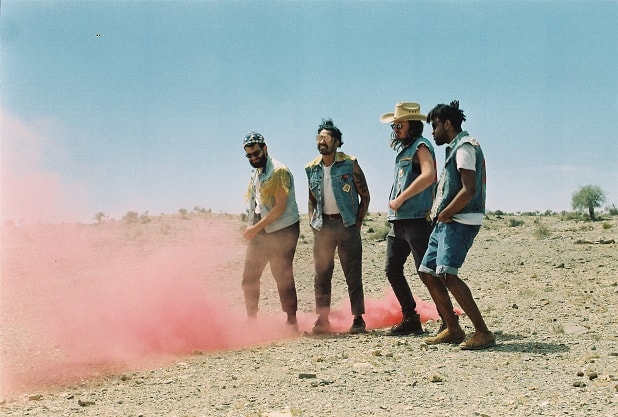 Heading up Saturday’s party are Flamingods. The London via Bahrain collective are known for their “psychedelic music for the soul” The five artists like to experiment with musical instruments that are sourced from around the globe and never fail to impress with their brand of exotic and at times trippy world music. The band’s 2016 album ‘Majesty’ saw Flamingods breakthrough, taking their live show to festival audiences around the world before decamping to Margate’s Prah Studios to begin writing their follow up LP ‘Levitation’ which is due for release via Moshi Moshi Records on May 3.

Proto-punk, psych rock and classic autobiographical songwriting from Beth Jeans Houghton aka Du Blonde headlines on the Sunday evening. The multi-instrumentalist and artist has animated and directed videos for the likes of Red Hot Chilli Peppers, Lump and Ezra Furman and is known for her sense of humour, often employing the uncomfortable and grotesque to deliver her self deprecating and absurdist view on to the listener.

Margate based promoters Art’s Cool are a collective who started putting on their own shows in 2013.  Moshi Moshi Records is an independent record label celebrating its 20th birthday this year. Label bosses Stephen Bass and Michael Mcclatchey moved to Margate in 2014 and started a monthly gig night at the Tom Thumb theatre soon after. In 2015 they teamed up with Rockfeedback to put on the first By The Sea Festival with headline sets from Foals and Hot Chip.

Day tickets are £11 and weekend tickets £27.50, including booking fee. Get them at seetickets.com/event/caring-is-creepy-2019