A car smashed through railings in Ramsgate’s Victoria Parade in the early hours of this morning (February 7) landing on the road below.

The silver vehicle smashed into Marina Road, hitting the rear of the Beach Retreat building, following a police chase which started in Cliftonville.

Witnesses report up to a dozen police vehicles in the area. Ambulance, fire crews and coastguard were also at the scene. A police cordon was put in place while the incident was being dealt with and the car could be removed.

The driver was taken to a London hospital and then arrested after he was discharged. 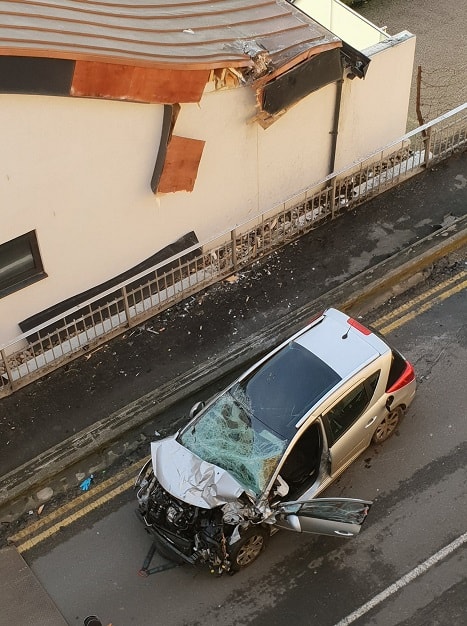 The  chase began at 20 minutes after midnight  when officers on patrol in Northdown Road requested the driver of the silver Peugeot 207 to stop. The vehicle failed to do so and a chase followed.

At 12.25am the vehicle was driven from Albert Road across Victoria Parade, where it struck a barrier at the top of a cliff.

The car went through the barrier and down the cliff ending up in Marina Road.

A Kent Police spokesman said: “Our patrols were joined at the scene by the Kent Fire and Rescue Service, the South East Coast Ambulance Service and the coastguard.

“The driver, aged in his 30s, was taken to a London hospital where he was treated for serious injuries before being discharged.

“He was arrested on suspicion of dangerous driving and driving while unfit through drink or drugs, and remains in police custody. 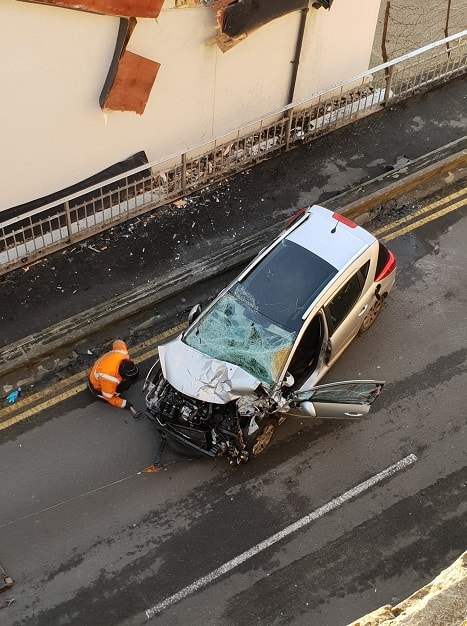 “Our officers from the Serious Collision Investigation Unit are appealing for any witnesses who may have seen the Peugeot prior to or at the time of the collision, or who have dashcam footage to get in contact.

A mandatory referral will be made to the Independent Office for Police Conduct due to the interaction between officers and the vehicle when they requested it to stop.