Children on the Elephant Ward at Great Ormond Street Hospital have received gifts thanks to the eighth annual toy run in memory of Alfie Gough.

Since he died his parents Sarah and Dean have worked continuously to raise funds to support other children going through complementary therapy at Great Ormond Street Hospital. They also campaign to raise awareness of the disease.

Each year a toy run is made to the hospital to bring some festive fun for families spending Christmas on the ward. 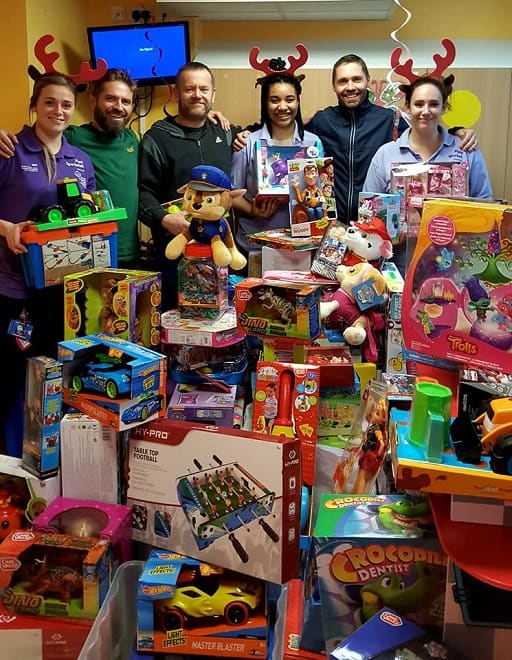 This year the run was sponsored by Perry’s, Macies Bar, Margate Youth Girls FC and Flippers swim school. Macies also raised funds with a family Christmas party at the bar this week.

The run was carried out by family and friends, including Carl Adams who last year ran an epic 100 mile route in one day to raise funds for the Alfie Gough Trust.

Sarah said: “From our experience of spending Christmas on the ward with Alfie , Dean and I decided to do this in his memory.”

Carl, who is also a trustee, added: “‘There’s a special energy you imbibe from being in a place where everyone knows the true value of every moment.

“Thank you to Sarah and Dean for the honour of being part of the annual toy run to Great Ormond Street Hospital, delivering presents donated by the awesome people of Thanet.

“The toys were delivered to Elephant Ward where little Alfie received such loving care.” 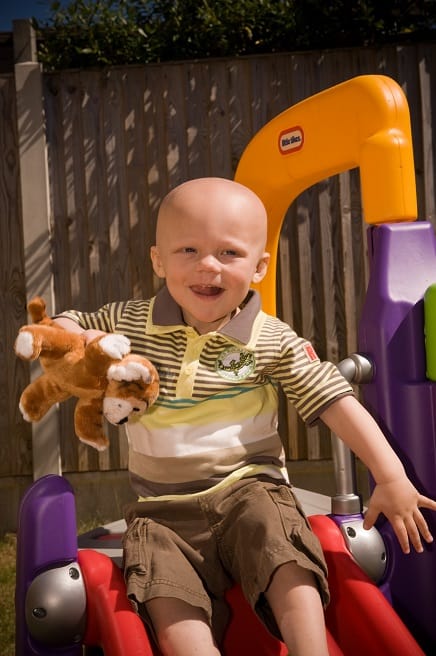 Sarah and Dean say complementary  treatments and support from a nutritional therapist, meant Alfie died without pain, infections or suffering because of good nutritional intake and nutritional supplementation.

The little one died in 2010 cuddled up with his parents at home in bed.

In a message on the Trust website Sarah and Dean say: “Alfie touched the hearts of many people, schools and businesses and the huge response to the appeal and the events has shown that the community spirit is stronger than ever. We take great strength from the overwhelming support and response to the appeal and the ongoing messages for Alfie on his facebook appeal page.

“We will continue to raise funds for other children with Cancer and Alfie’s appeal will live on – in memory of our beautiful baby boy.”

Find out more about the Trust here