A Margate dad-of-three has completed a gruelling 100-mile trail race to raise money for the Alfie Gough Trust.

Carl Adams, 41, who is a director of Kent-based holistic fitness and wellbeing social enterprise Primal Roots and an officer at Rural Kent, completed the Centurion Thames Path 100 – a 100-mile ultra-marathon that starts in Richmond and ends in Oxford – in a time of 23:34:37, comfortably ahead of the race’s 28 hour time limit. 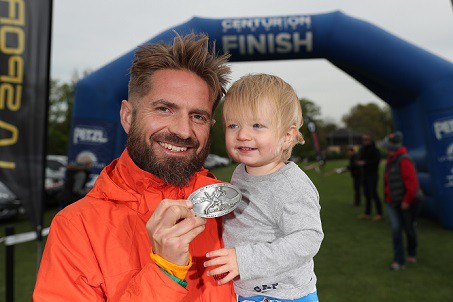 He said: “Without doubt, that was the toughest race I’ve run to date – but it was an amazing experience. The route takes you through some fantastic places and some beautiful parts of Surrey, Reading and Oxford – places you might not think of visiting or going to see if you weren’t local.

“Running through the night something I’ll never forget. It was really still, even with the race going on, and the view as the sun came up over Oxford is something that will stay with me for a long time.”

Carl, who is a Newington Big Local rep, will donate his sponsor money to help the Alfie Gough Trust after meeting the Alfie Striders group last year.

The Trust is in memory of Alfie, from Ramsgate, who died of neuroblastoma at the age of two on July 29, 2010.

Since he died his parents Sarah and Dean have worked continuously to raise funds to support other children going through complementary therapy in a special room at Great Ormond Street Hospital. They also campaign to raise awareness of the disease. 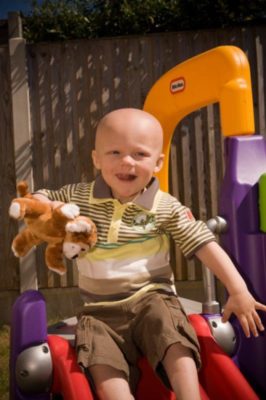 Carl, whose social enterprise helps people in recovery from drug and alcohol problems, found the cause after taking up running.

The former King Ethelbert pupil had started training to get fitter and began working on a new project with his pal and personal trainer Steve Denby and homelessness charity Porchlight to help people take better care of themselves.

One of the runs Carl took part in was last year’s memorial race for Alfie at King George VI Park.

He said: “I did the 10k race in July and met the people behind it. I have never known people so dedicated. It is all about what they can do to help with childhood cancer.

“When I signed up for the Centurion run that stuck with me and I got in touch with Alfie’s mum Sarah.

“I met them and said I wanted to do the run for the charity and they have really helped. They are such amazing, inspirational people.”

You can still donate 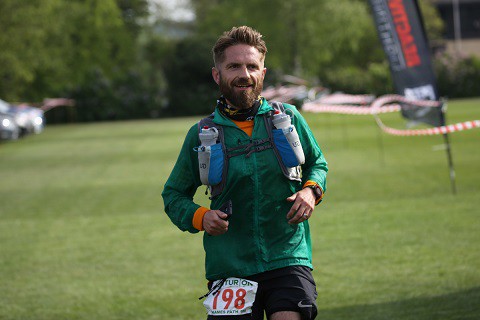 The money Carl raises, which so far stands at £1,520, will go towards promoting awareness of the complementary and nutritional therapies that helped Alfie battle the side effects of chemotherapy.

Although the race is over, Carl is still accepting donations to his sponsorship page. To make a donation, visit: http://uk.virginmoneygiving.com/CarlAdams100

Find out more about the Alfie Gough Trust at http://www.alfiestrust.com/