A dog who got herself wedged in railings in Broadstairs yesterday (May 7) is “fine” although “slightly bruised.”

King Charles Spaniel Pebbles was taken out for a walk by owner Sue Ward’s daughter yesterday when she spotted a black and white cat (not a pigeon as previously reported) and decided to give chase.

Pebbles was so determined to catch up with the cat that she ended up getting stuck in the railings at Victoria Parade, Broadstairs. 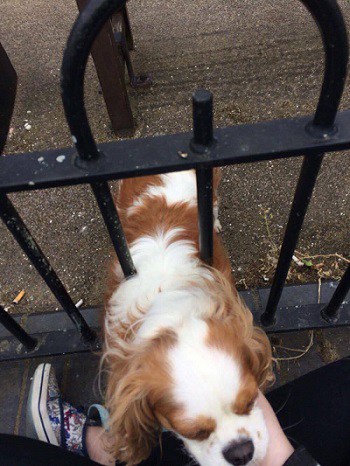 Firefighters were called out at 1.43pm to free the unfortunate pooch.

The fire crew  used hydraulic spreaders to get Pebbles out of her predicament and she was handed back unharmed.

The railings were repositioned by the crew.

Sue contacted The Isle of Thanet News to let everyone know her adventurous pet is fine.

She said: “. She was chasing a black cat, not a pigeon, who actually came back and looked at Pebbles whilst she was stuck!

“Kent Fire and Rescue Margate crew were prompt, efficient and very kind. They were brilliant and Pebbles wagged her tail all the way through her rescue.

“I would like to give a huge thank you to them all. 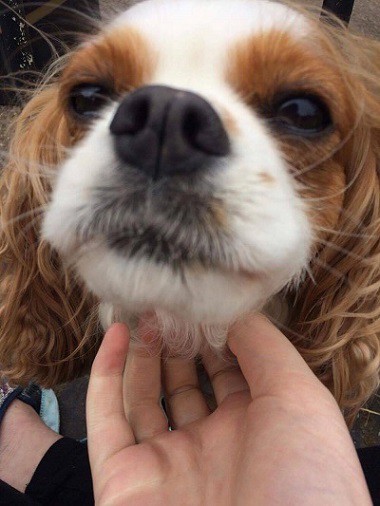 “She is fine, slightly bruised, and, apart from wanting more cuddles, she is still waggling her tail.

“We do love her. She is so kind and caring and an amazing family dog.”