Charles Dickens pupil Evee-Anne was repeatedly punched in the face and kicked in the head while she lay on the floor during the attack by a teenage girl on November 29.

The vile assault at Arlington Gardens in Dane Valley was filmed by another girl and posted to social media.

Evee-Anne was taken to hospital following the attack and has since been recovering at home.

She is yet to return to school.

A fundraiser set up by residents Kyle Barber and Jay Holloway in a bid to show support for the youngster and her family raised just under £6,400.

A cheque for the amount was given to Evee-Anne and parents Paul Cooper and Amanda Morris today during a gathering at The Windmill pub in Ramsgate.

The event was also attended by family members including Evee-Anne’s three sisters, brother, nan and aunt.

Community support worker Amanda said: “What Kyle has done for Evee-Anne is overwhelming and support from the community has been fantastic. We can’t thank the community enough and I mean that from the bottom of my heart. I am gobsmacked by the amount of money that people have donated.”

Kyle, who had never met the family before the assault on Evee-Anne, said a second aim of the fundraiser was to raise awareness of bullying.

He said: “We have to make a stand. I have had so many people coming to me since the fundraiser to say they are being bullied and asking for guidance.

“I feel there needs to be more action and less words, more support. I would love for there to be a proper support group and now I have done this I feel like I want to do more to help.” 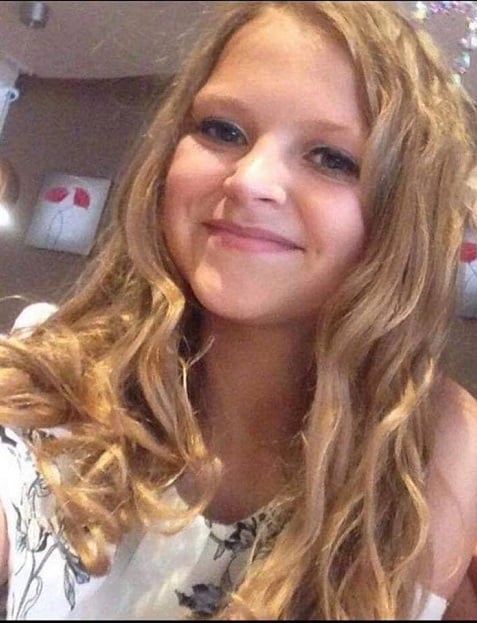 Amanda says part of the money will be used to replace Evee-Anne’s phone which was smashed during the attack but there are also plans to donate to a local anti-bullying charity.

The mum-of-five said the family is now taking life day to day. She added: “There is a long way to go mentally for Evee-Anne but she has got a lot of support and we will get counselling if needed.

“It has had an effect, she is not quite the same now, and I am still unable to come to terms with what happened but we will get through to the other side.

“What I want now is justice for my daughter against all of the girls involved.”

Three teenagers, aged 13,14 and 15, were arrested in connection with the incident. They have since been released on bail.