The standard of competition was so high at the latest Spelling Bee at Chilton Primary School in Ramsgate that the organisers nearly ran out of words.

The lengthy contest involved perfectly spelled answers to difficult words as contestants from Year 3 to Year 6 battled it out in the knock-out challenge.

Teachers Helen Rowland-Hill and Alex McAuley had run through their sheets of questions and were at the end of their reserve list as the competition was eventually whittled down to Year 5 spelling superstars George and Jack who traded correct answers.

In the end Jack slipped up and it was left to George to take the title of the winter term Spelling Bee champ. Both received commemorative certificates and stationery gifts. 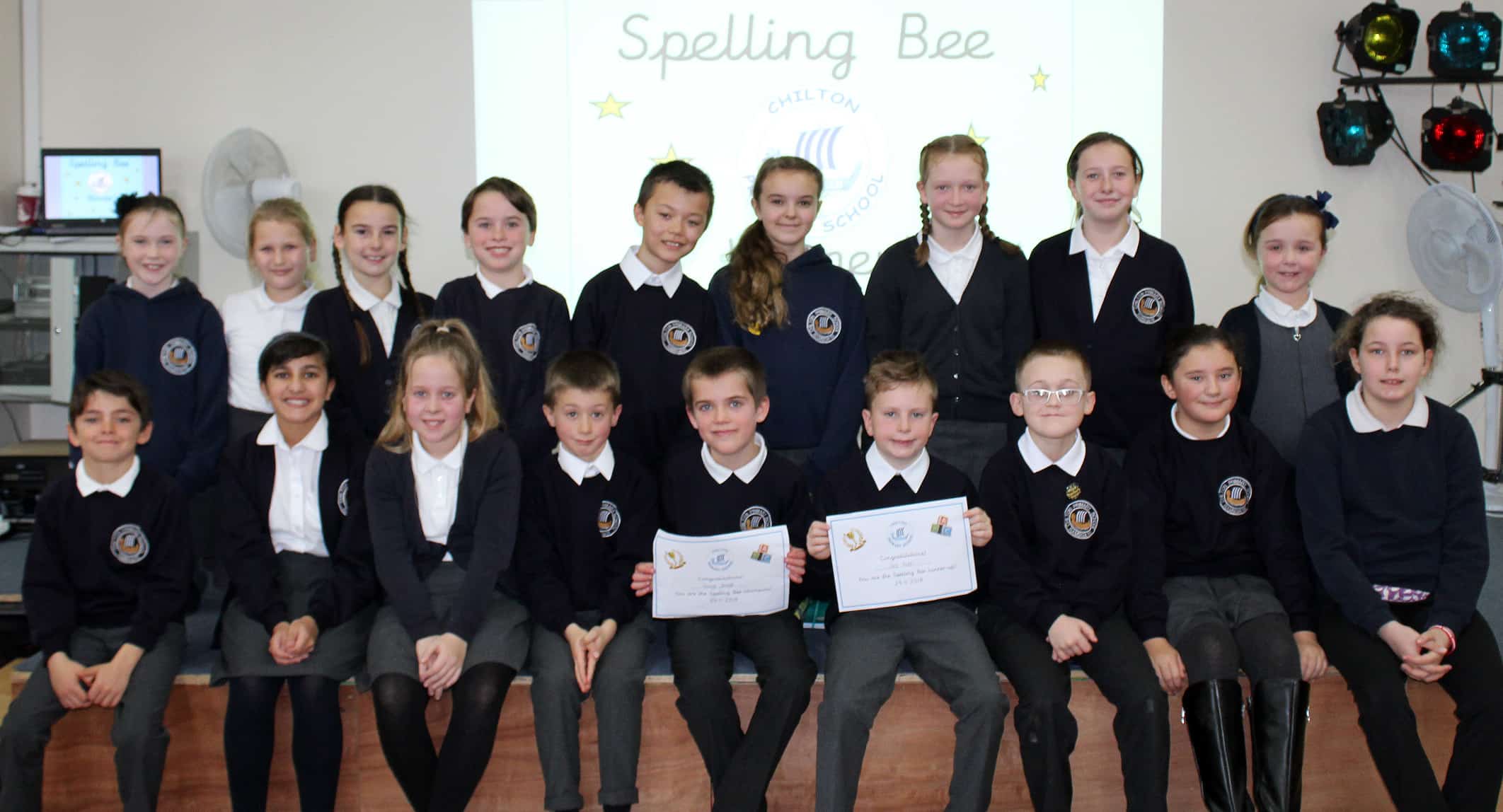 George said: “It was quite nerve-wracking competing in front of everyone but we all did our best and I am proud that I won.”

The organisers said: “This was the longest Spelling Bee we can recall for many years. The contestants just kept getting their questions correct which shows just how high the standard is among our pupils.

“We chose tough words that are on the national curriculum for Years 5 and 6, and for pupils older than that – and still they got them correct. We had come to the end of our reserve list and were going to quickly create another list when George finally triumphed. 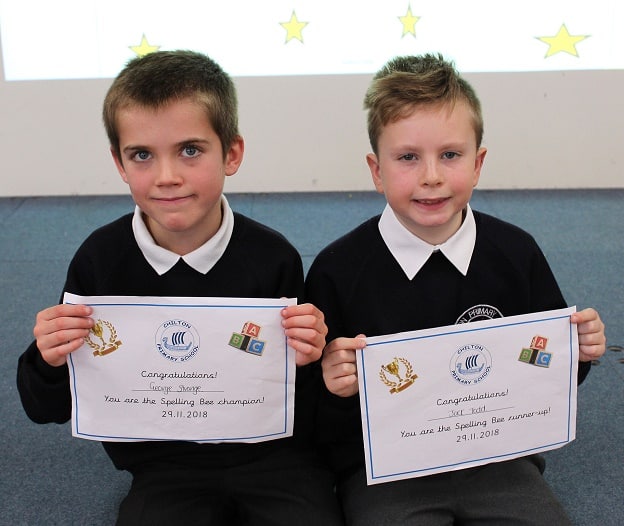 “To perform so well in a tense situation in front of the whole school and families shows the high level of concentration and knowledge of all our pupils who took part. They did ever so well, often just missing out by transposing the odd letter in the heat of the moment.”

The Spelling Bee is held three times each year and is part of the school’s ongoing literacy drive.