The Bulls recorded the double over Thanet last season on their way to the league title ahead of Wanderers who finished in second place eight points behind. Both teams have struggled to pick up wins at the higher level so the importance of this game was clear to the numerous supporters of both sides who attended.

Wanderers were without injured lock Arek Janeczko and hooker Neil Wakefield who was on Twickenham duty but Brett Scott was back on the bench after breaking his leg near the end of last season.

The low sun faced  the Bulls as they kicked off down the slope with a brisk easterly wind blowing over their left shoulders.  Wanderers opened confidently. Jake Mcgee’s big  tackle and Sam Rolfe’s catch under pressure paved  the way for two penalties. Good handling and a nice chip through by Marius Thompson unlocked the visitors’ defence. More good work ‘up front’ before Thanet’s pack closed on the line and Sam Taylor darted over to score his first try since returning from University. Rolfe’s conversion attempt was just wide. 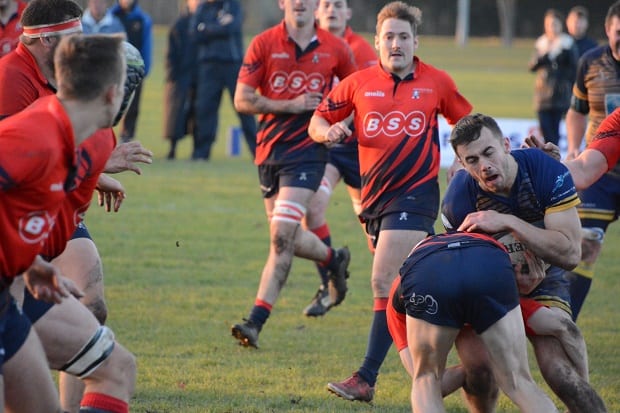 Wanderers were now penalised three times in quick succession allowing the Bulls to mount a series of attacks on Wanderers line. The home defence was tested and in the centre Stuart Plumridge was a tower of strength. Taylor led the break out. Rolfe called an important mark and then put Charlie Knight away. Together with Reece Hougham on the other wing these two young wingers are a constant threat to opposing defences. On twenty five minutes Thanet returned to the attack exerting pressure on the visitors’ left that brought a penalty for offside close to the posts about twenty metres out. Rolfe slotted the kick and Wanderers led 8-0.

With eight minutes of the half remaining Charlie Knight  carved through the Bulls defence before releasing scrum half Tom Walton who rounded defenders to touch down near the posts. Rolfe made it 15-0. Wanderers looked comfortable as half time neared. Letts released Hooker Toby Rayleigh-Strutt on a defence splitting break, David Lemon made a  memorable tackle and Wanders looked in control at the half time whistle. 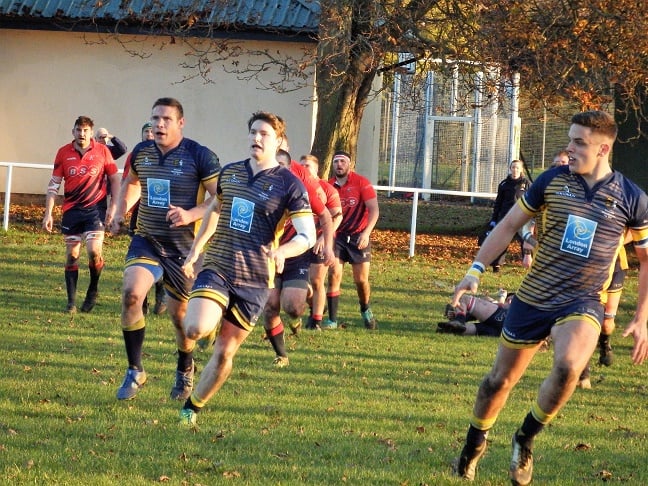 Aylesford clearly hadn’t read that script and four minutes into the second period powered over under the posts to make it 15-7.The Bulls kicked one of several penalties awarded to come within losing bonus point range at 15-10. Mcgee had put in a good shift and now made way for Chris Hood. Wanderers captain today Adam Gaddes set a fine example marshalling the defence and will have been glad to see last year’s captain Brett Scott  return to the side replacing Lemon.

He quickly showed why he is known as the tackle machine particularly as the visitors’ backs began to cut loose.  Danny Clement  looked sharp throughout the game defending like a demon and cutting some fine lines. Fellow prop Kamil Wiecaszek again scrummaged well and was the first brick in Thanet’s defensive wall. Rolfe had given a confident display and made way for Ryan Copp at full back. His counter attack took Wanderers deep into Bulls territory but the momentum returned to the visitors..

As the light ebbed away one of Thanet’s young shining stars lit up the match with a few moments of individual brilliance. Tom Walton dummied and sidestepped his way through the Bulls defence from close to the clubhouse before touching down for a notable double and his eighth try of the season. Dan Hill stepped up to slot the conversion and make it 22-10 which was the score minutes later when the final whistle  blew

This was a cracking game of rugby between two well organised and committed sides. Thanet Head Coach Mike Pond was delighted with the result and the resilience shown by his side in the face of a determined onslaught in the second half. Unsurprisingly the coaches’ choice for the Malachy Egan Man of the match award was Tom Walton for another excellent all round performance capped by that superb final try. 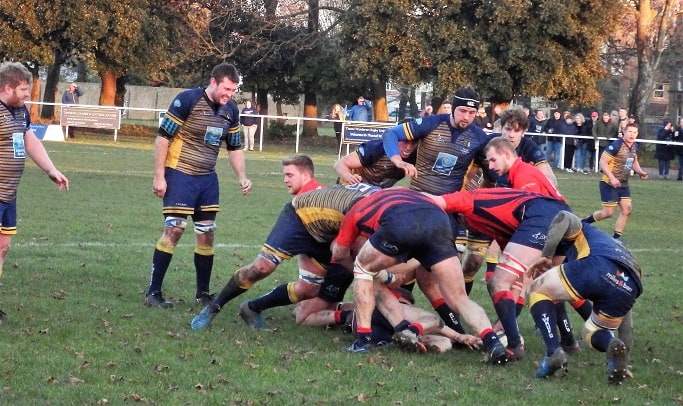 There is no match for the first XV this Saturday but the 2s are playing a rearranged fixture away at East Peckham (kick off 2.30pm). The firsts are back in action with another local derby away against Dover on December 1 when kick off is 2pm.