Looking for ideas to keep everyone amused this weekend?

Here is our round up of events in Thanet.

Thanet rock group Collateral will be headlining at the Kent Tattoo Convention at Dreamland.

The band – fronted by Ramsgate’s Angelo Tristan alongside members Todd Winger (guitar), Jack Bentley Smith (bass) and Ben Atkinson (drums) – will be at the event each evening from 6pm on all three days to perform and offer new merchandise and pre-orders for their new EP.

The convention, running from November 9-11, is family-friendly and will also feature walk around entertainment, tattoo modelling, live art, food, drink and trade stands.

Tickets are from £14.50 plus booking fee, discounts available for Dreamland members.

Free tickets available for under 14s but they must be booked in advance, alongside a valid matching ticket for the event.

All ages are welcome to attend, however, children under 14 must be accompanied by an adult also holding a valid ticket for the event. 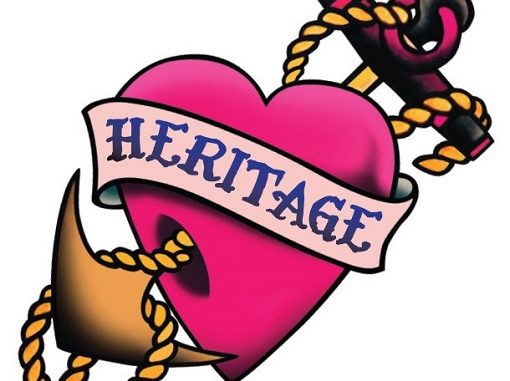 Year 8 students from Royal Harbour Academy and Chatham & Clarendon Grammar School have been busy with ‘Harbouring Hopes for Ramsgate’ – the latest programme created by Project Motorhouse in association with The Ramsgate Society and supported by The Heritage Lottery Fund.

Since March they have been exploring career opportunities within the heritage sector, filming and interviewing practitioners such as stonemasons, carpenters and conservators at Dover Castle and Canterbury Cathedral.

Being one of the first ten Heritage Action Zones in England, Ramsgate was the perfect starting point to document the type of specialised work required to preserve local architecture.  Using photography, video, sound and the written word, the students have created a spectacular multi media exhibition.

Ground Control is an interactive space mission for children aged 7 to 12. Using projection and a highly intelligent computer – ‘Futuretron’, children are given a mission to decide the future of a new planet. There are only four performances, all at St George’s Church Hall in Broad Street, Ramsgate.

Absolutely no adults are allowed. Entry £5 children. Book at http://www.loopingtheloopfestival.org.uk/

Pure Elite is the fastest growing bikini, fitness and muscle model competition in Europe, bringing over 300 Athletes and models – from across the world – to compete in 17 different categories.

Keen to boost his flagging career, fading Hollywood action hero Jefferson Steele arrives in England to play King Lear in Stratford – only to find this is not Stratford upon Avon, but a sleepy Suffolk village. Also instead of RSC members, the cast is a bunch of amateurs trying to save their theatre. His ego and vanity are tested to the limit by the enthusiastic am-dram group. As acting worlds collide and Jefferson’s career implodes, he discovers some truths about himself – along with his inner Lear.

200 years of Dance in Margate!

Round in Circles presents an afternoon of social dancing, films, performances & informative talks.

As part of producing In Search of Xanadu, Anna Symes & Bob Chicalors undertook the epic task of researching 200 years of leisure & entertainment culture (nightclubs & dancing!) in Margate. This was through oral testimonies, dance workshops & good old fashioned archive rummaging. The Xanadu Legacy is an afternoon to celebrate & share the results, through short expert talks, live performances and your own opportunities to take to the dancefloor

This event will also launch the Xana Zine, a publication documenting the production heritage research

Email: info@roundincircles.org.uk to reserve your place

Filmed in Broadstairs and at the Palace Cinema! Annie (Rose Byrne – Bridesmaids) is stuck in a long-term relationship with Duncan (Chris O’Dowd – Molly’s Game, The IT Crowd) – an obsessive fan of obscure rocker Tucker Crowe (Ethan Hawke – Maudie, First Reformed, Boyhood). When the acoustic demo of Tucker’s hit record from 25 years ago surfaces, its release leads to a life-changing encounter with the elusive rocker himself. Based on the novel by Nick Hornby (High Fidelity, About a Boy), Juliet Naked is a comic account of life’s second chances. Directed by Jesse Perez (Girls, Glow)

The film was shot in Broadstairs, Margate and Ramsgate last summer.

Marcello is a small and gentle dog groomer who wants two things, to look after his dogs and take his daughter on exotic holidays. But to fund this lifestyle he runs a side business which has more unsavoury clientele and he soon finds himself involved in a dangerous relationship of subjugation with Simone, a former violent boxer who terrorises the entire neighbourhood. When Simone exploits him too much Marcello must make a crucial and potentially dangerous decision in order to regain his dignity.

Matteo Garrone, the master filmmaker behind Gomorrah returns to the crime thriller genre with this tension filled thriller which was nominated for this year’s Cannes Palme d’Or.

For the weekend’s Remembrance events and services click here