A large band of Wanderers supporters made the short journey to the Lions’ Drill Field ground and were treated to a terrific local derby that was packed with exciting and skilful rugby last weekend.

For Wanderers there were first starts of the season for Toby Rayleigh-Strutt at open-side and Peter Macaulay at ten. Stuart Plumridge returned at inside centre.

The pitch was in excellent order, the bright sun was low in the sky and a strong breeze blew across the ground as Thanet kicked off. Dan Hill’s hanging kick allowed chasers to put immediate pressure on the home side with a rolling maul. Macaulay’s delicate grubber set a line-out twenty metres out. Arek Janeczko pinched the line-out and Deal conceded a penalty. 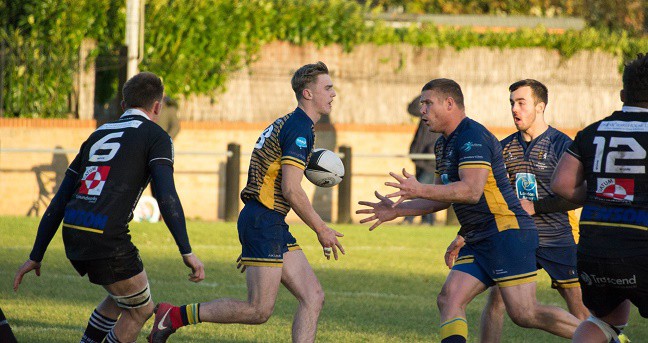 Deal’s long throw at a defensive line-out went adrift and was happily seized by Thanet and quick hands hurried the ball to left wing Charlie Knight. Last year’s top try scorer opened his account for this season with typical determination and power. No conversion but Wanderers had an early 0-5 lead. The Lions put their jittery start behind them and were soon testing Thanet’s defence. Arek forced a knock on and Sam Rolfe cleared well but Deal were soon back in Thanet’s danger zone.

Wanderers defenders were sucked in before a well judged cross kick led to a home try and conversion for a 7-5 lead after twelve minutes. Six minutes later this was extended to 12-5 after a prolonged handling movement among their backs ended in a try that went unconverted.

Wanderers returned to the attack and Dave Lemon was quick to charge down an attempted clearance. The ball fell nicely for the supporting Arek to scoop up and touch down in the corner. Hill’s tricky conversion attempt was just wide but shortly after his strong tackle stopped a building Deal attack in its tracks. A Deal penalty attempt hit the post before Wanderers dynamic tighthead prop Kamil Wiecaszek was adjudged to have made a high tackle and was yellow carded. 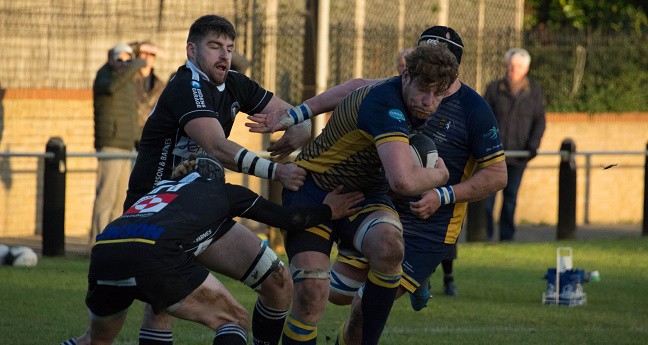 Chris Hood replaced him as Lemon took an early half time break. Deal now extended their lead to 17-10 with a forwards try in clubhouse corner but again the kick rebounded from a post. The referee was consistent in now showing yellow to a Deal player for a high tackle. Hill’s penalty took Thanet very near to the opposition line. Knight went close but was dragged down.

Thanet used the rolling maul well today and now powered over for Hood to claim his first, first team try. Hills conversion brought the match level at 17-17. Wanderers were playing confident rugby and the power of Plumridge was a constant threat. Reece Hougham made good metres with a twisting, elusive break but there was no further score before half time.

The Lions took the lead with a penalty two minutes into the new half. Hougham was forced off by injury and was replaced by Marius Thompson. He quickly made his mark, fielding a clearance before making deep inroads into the Lions half. 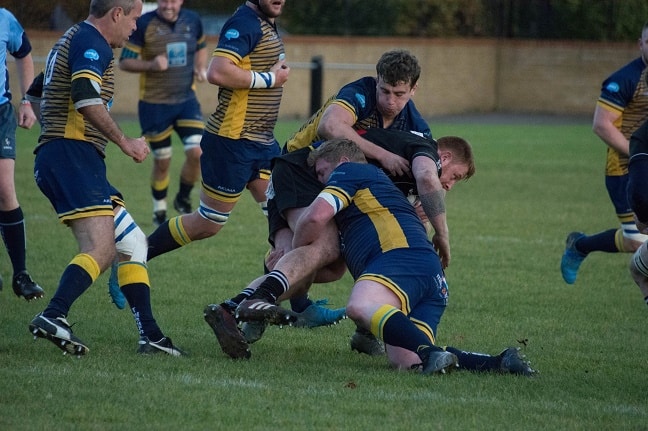 A penalty to Deal set the platform for their fourth try. Wanderers defence looked a little fragile and the hosts promptly poured through the gap to take a 27-17 lead. Macaulay retired after another masterful performance with Hougham returning and Thompson moving to ten. A fine break from loose-head Danny Clement penetrated deep into Deal territory and was only halted when Deal offended. Captain Adam Gaddes opted to kick for goal and bring Thanet into bonus point contention at 27-20. The strength of Jake Mcgee, the final replacement was now added to a reshuffled Wanderers pack as Clement had to withdraw. A penalty from tight to the touchline from Hill took Wanderers around fifty metres downfield  into the opposition half outside the clubhouse. Tom Walton went agonisingly close before a last ditch tackle stopped him. The Wanderers pack led a prolonged siege on the home line. Spearheaded by Neil Wakefield and Andy Letts it seemed a try must follow but some quality defence from Deal held their line.

Two five metre line-outs were lost and spectators were left mystified as to why Thanet would twice collapse their own rolling mauls as they advanced on the line and allow the home side to clear with penalties. The match ended with the Lions on the attack and Wanderers had to summon one final great effort to protect their bonus point. 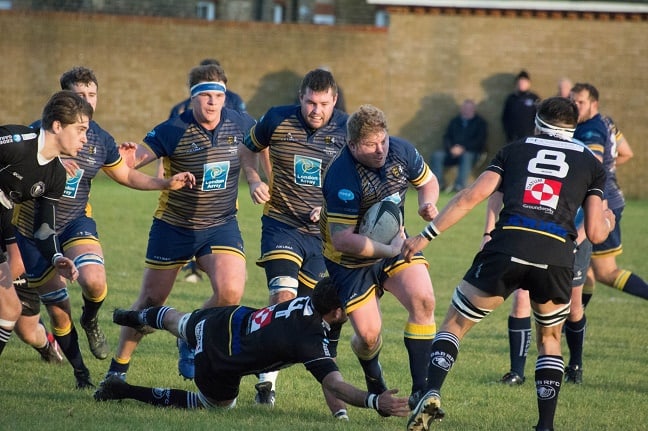 Head Coach Mike Pond was full of praise for his side who showed total commitment and joined with the home side in providing a thoroughly entertaining match to watch. The improvement and confidence  throughout the side is clear to see. It was good to see Charlie Knight back among the try scorers and Toby Rayleigh-Strutt made a telling contribution on his return to the back row. With Sam Taylor back and Brett Scott and Warren Riddell-Broomfield also now in contention, as they make their staged returns after suffering broken legs, Wanderers are fortunate to have such back-row talent available. Dave Lemon was again on top form today on the blind-side, making a try and using his vast experience to full advantage. He was the Coaches Thanet Man of the Match

There are no matches on Saturday (November 10) but the England V New Zealand match will be shown in the clubhouse.

The U16s have a home Kent Cup game on Sunday morning against Canterbury (KO.11am) In the afternoon the Vets are away to Ashford in the first group match of their Spitfire Gold Veterans competition. (KO. 2.30pm)