Margate has two Quarterdecks. One is a community centre in Cliftonville, near a bus stop, with accessible meeting rooms and easy to find. The other is a bar at the back of a pub near Dreamland, off the Loop bus route, and with steps.

So if you were a management group from our local NHS which one would you book for a meeting about the future of our GP surgeries?

Yes, of course! The one with the steps rather than the community centre (mistakenly so, it appears).

We were being asked about the proposed new “superhub” GP palace at Palm Bay, an experimental first step in how our GPs are to be organised in the future.

When my uncle was a GP back in the 50s, he worked out of an office built on the side of his house, did his own house and night calls – and died youngish from overwork. Not ideal.

But what’s proposed for Thanet now is three or four “hubs” housing doctors and all sorts of other goodies, physios, nurses, specialists of all kinds, perhaps a minigym or a cafe. They may be very near where you live, or, in the case of Broadstairs, several miles away.

They wanted to know what we might want from the first one. They’ve got several million pounds to expand the Bethesda Practice at Palm Bay, so they’re not asking if we want it or not, just going through the usual “consultation” process that seems to be necessary before they do what they’ve planned to do anyhow.

We were put in table format, like for a quiz, with free pens and a question paper. Unfortunately people in wheelchairs were stuck in one spot as they couldn’t get down the steps. And Gawd help them if they tried to get to the loo. Someone had hilariously put a ramp up two steps at the back of the building but not up the third step and the lav was at the top. 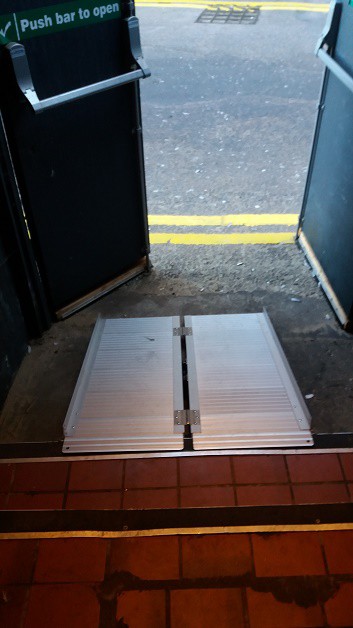 The disability disregard was rubbed in by one of the presenters who was wearing six inch heels (animal print) and had a job teetering down the wooden steps from the bar to the quiz area. 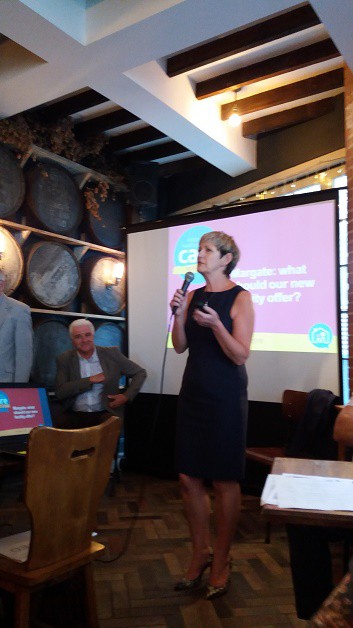 At some point another presenter apologised for the venue and confessed they should have checked it out before the meeting! Aha, I thought to myself, someone has booked the wrong quarterdeck!

Just as well it was hard to find, because the meeting was packed – we all care about our NHS – and if all the people who wanted to go had been able to find it we’d have been in the sea.

My table all agreed we didn’t really want to fill up our beautiful seafronts with more building and private companies running gyms and cafes when we really wanted a good hospital and investment in more services at QEQM, rather than losing our stroke unit and moving lots of departments to Ashford.

But this new Palm Bay building seems inevitable – they’ve engaged an architect and everything! Mind you, he admitted he didn’t know about having a hoist in the disabled toilet when he was asked by one of the wheelchair users so perhaps he’s on a learning curve as well, like all the rest of us.

Mini health centres could be brilliant. But not miles from where anyone lives and not at the expense of our hospital.

So if you get consulted, remember the Quarterdeck is where the captain commands the ship. But mutiny may be necessary if we want to preserve our NHS.