A St Peter’s dad of five has published an epic 115,000 word novel – despite never having written so much as a short story before.

Trevor Carter, 45, says he was prompted to put pen to paper last year after watching a programme celebrating the life of author Terry Pratchett.

The Magnet trade counter worker had an idea for a contemporary spy thriller and another for an epic fantasy. He combined both and the result is the first book in a series on the Adventures of the Interesting Times Club.

Titled A Minefield Full Of Penguins the tale follows Xavier as he leaves the Army and enters Civvy Street.

When an old school friend offers him a job looking after an abandoned house in Wales he eagerly accepts. Then things start to go wrong.

His girlfriend doesn’t want to leave London, the police want him to help them with their enquires regarding a murder, and he discovers the previous inhabitants of his future home mysteriously disappeared.

As events unfold, the deadly skills Xavier never thought he’d use again are put to the test.

The book has received 5 star reviews for its mix of adventure, romance, action and comic moments.

Trevor began the book in February 2017 and has spent much of this year editing it. He said: “The celebration of Terry Prachett’s life inspired me to write so I just sat down at the keyboard.

“I’d always wanted to write a book and I do read a lot but have never really written anything.

“In my head I’d been working on a contemporary spy thriller and an epic fantasy and thought why not combine the two.

“I started writing it privately and then when it took form I told my wife! After that it started to take over my spare time.”

Trevor admits spare time, with a job and children aged 14,13,8,7 and 4, is not at a premium but he usually gets to his writing desk in the front room when the youngsters are in bed.

He is backed by wife Maree, who is a support worker for people with learning disabilities, and all the children have been telling their teachers about the book.

Trevor said: “They all seem to be quite happy about it, although it is an adult book so they can’t read it!

“I’ve surprised myself really, especially when I got the 5 star reviews for my first effort.” 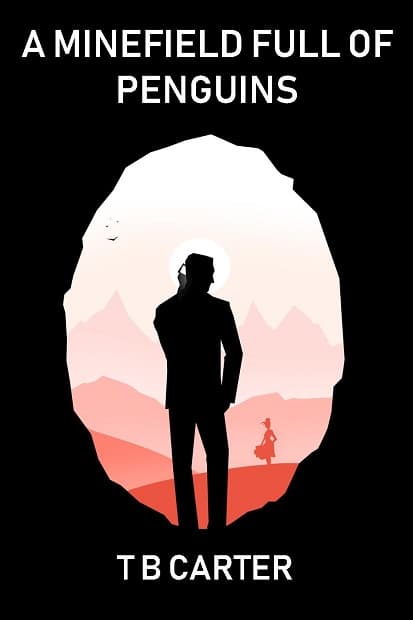 Trevor, who decided to self-publish, carried out a 500 book giveaway when A Minefield Full Of Penguins was released this month and says the tale is now selling.

He is already at work on part two of the series and says a third book will follow.

Find A Minefield Full Of Penguins on Amazon, Kindle and Kindle Unlimited. The tale is currently an e-book with Trevor also working on getting a paper copy published.