Want a relaxing holiday? Take an overworked mum, let off the leash. She’ll look after everything, all day long, then pour cocktails down your neck all night.

Tickets, buses, cuisine, lingo, insurance, currency, all magically organised, while you skulk along behind like a carefree, permanently tipsy teenager. Or at least that was my role when pal Jenny and I decided on some foreign R&R.

Jenny has two teenage sons and a complex job in local government. She is accustomed therefore to being ruthlessly organised, a trait I exploited to the brim during our week together. I wasn’t even sure where I was flying to or from until an hour beforehand, which made boasting tricky.

Me: I’m going on holiday! Colour me jubilant!

Me: Not a clue. Europe, I assume. She hasn’t mentioned vaccinations.

Oh yes. Glitter works with all Europe, as we know. Turned out Jenny was taking me to Bulgaria, because it’s cheap and sunny and that was all we asked. I filled the cupboard with crisps and noodles for son and husband, and skipped away, all grin and glitter. 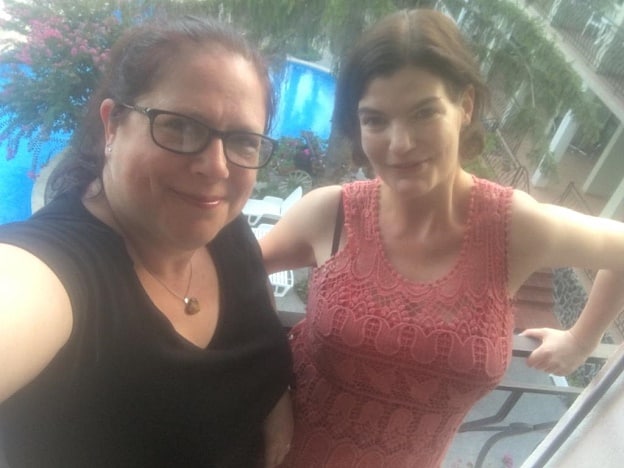 We went to Sunny Beach, the touristy, bucket and spade bit. I’m sure Bulgaria has some incredible history and culture, but all I learnt during our week was the many ways tomatoes can be utilised in recipes, and the quickest route to the pool bar.

Our hotel was exclusively populated by Russians: ours were the only English voices we heard all week. Now obviously I’ve nothing against Russians, but they don’t go in much for holiday cheer: a dour, solemn bunch, sharp-elbowed at the breakfast buffet, they seemed baffled by our constant giggling. We did laugh a lot.

In my case it was probably booze-and-starvation-induced hysteria: the only vegetarian options appeared to be vodka, or tomatoes, or for the greedy, vodka and tomatoes. Not often you come back from holiday a skinnier version of your workaday self. 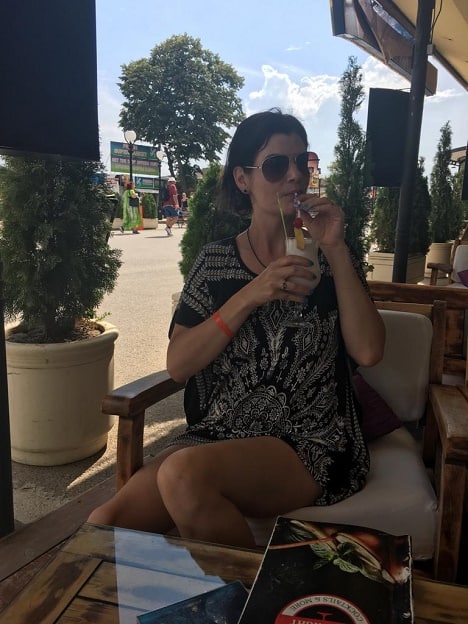 We swam everyday, astonished by the feisty Black Sea, whose waves bent you double, crashed painfully against your flesh, sent you flying halfway to Turkey. After years spent paddling in Margate’s pond of a sea this Bulgarian friskiness came as a shock to our sedate, senior systems, but we soon got the idea, and came to love riding the waves, a pair of giggly, frolicking dolphins, while the Russians looked on, sour and glowering.

We sloped back hungover as hell, the plane late, the queue for passport control miles long, the luggage carousel broken, the British skies grey, the motorway mired in roadworks, yet somehow we laughed through the lot.

Going through security a chap barked I should show him my shoes: a lifelong yoga devotee, I brought my foot up to my ear, which didn’t amuse him a bit, but afforded a roaring round of laughter and applause from the waiting crowd.

Ah, England, my home, where a stranger’s antics are met with delight rather than contempt, where vegetarians have options: how I adore you, and how eagerly I’m saving for another week away from you just as soon as fiscally possible.