Gadds’ Ramsgate Brewery will be releasing special edition beer ‘Warhorse’ in the weeks leading up to Bradstow School’s Poppy Proms in the Park community event, commemorating the lives of Broadstairs and St Peters locals lost in World War One.

The brewing team visited archives and looked through old First World War brewing records to understand the beer of the day. Then have enhanced the recipe to ensure the quality is up to date and that it tastes delicious, as Great War beer was notorious for its cheap quality.

Sue Fisher, brewer and project leader at Gadds, said: “We used malts that were available in 1918 and the hops, East Kent Goldings and Fuggles, are locally sourced, so the ingredients are still relatively cheap. However we’ve used a lot more of them than would’ve been allowed at the time.

“It’s been an interesting and fun project to work on. I hope everyone enjoys drinking the beer as much as I’ve enjoyed brewing it,”

The beer is released on draft in East Kent pubs in late Octobe, and will be easily identified by its ceramic poppy pump clips, created by local ceramic artist Helen Whitehead. 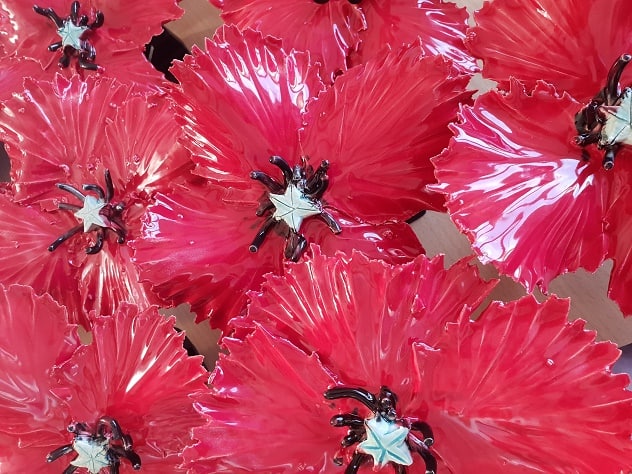 Helen has been working with Bradstow School and other local schools in inclusive workshops to create a life sized warhorse sculpture, to be displayed at the event.

Events will start at the Memorial Recreation Ground 1914-1918 (commonly known as the Memorial Ground) in Broadstairs on Saturday, November 10, with a living history exhibit of life during 1914-1918. This exhibit will give a glimpse into the home front and beyond giving specific detail to events in Broadstairs and St Peters.

Local schools, dance companies, inclusive choirs, theatre groups and local musicians, will work side by side to bring the Poppy Proms in the Park to life. Stories from the home front and beyond will be told using acting, dance, song and music.

On Sunday, November 11 the Remembrance Day service will be held by the war memorial in town with all groups attending invited to join a reprise of the Poppy Proms at the Memorial Ground and visit the Living History exhibit, which will be open until 3pm.

Gadds’ Warhorse will be available at the event, alongside other food and drink.

The event will be free, but tickets will be required for the collaborative evening on the Saturday and the reprise on the Sunday.