Bradstow School will be honouring the 187 Broadstairs and St Peter’s men and boys who lost their lives in World War One with an interactive celebration in November.

The school has been awarded a grant of £9,600 from Heritage Lottery Fund, First World War then and now programme, for their Innocents Still project which will run alongside their two-day Poppy Proms in the Park event at the Memorial Ground on  November 10-11.

For Innocents Still the school will be talking with the community to learn about the soldiers who gave their lives. They will then work with volunteers who will bring the men and boys  back to life through re-enactment over the Remembrance weekend.

The volunteers will be seen in and around Broadstairs in their war-time uniforms. The concept was inspired by the work “We’re Here Because We’re Here” by artist Jeremy Deller, which commemorated the centenary of the Battle of the Somme.

Members of the public will see the Innocents as they move around and will be able to learn about who they were. Booklets and a film will be produced as a permanent learning resource.

On Sunday, November 11 the Remembrance Day service will be held by the war memorial in town with all groups attending invited to follow the Innocents to the Memorial Ground for a reprise of the Poppy Proms. Visitors will also be to see the Living History exhibit, open until 3pm.

Amy Lees, Assistant Inclusion Development Manager at Bradstow School, said: “Thanks to National Lottery players, we are able to bring together groups of the community who have never worked together before to forge future partnerships whilst learning about our shared local past.”

Bradstow School is seeking volunteers for the soldier re-enactment, training will be given (as well as food!). They also need sponsors from the community who can donate £30 towards the uniform of the volunteers taking on the role of Broadstairs and St Peter’s men and boys lost in the Great War.

In April the Poppy Proms in the Park event was granted of £9,300 from National Lottery Awards for All for their inclusive, interactive event which will encourage special needs, mainstream young people and the community to learn together.

Bradstow is residential special school registered as a children’s home and maintained by the London Borough of Wandsworth for children and young people with severe intellectual disabilities who are on the autistic spectrum continuum.

Attractions will feature the living history exhibit, a life size warhorse sculpture created during inclusive art workshops by Bradstow and other local schools and stories from the home front and beyond, giving specific detail to events in Broadstairs and St Peters, told using acting, dance, song and music. 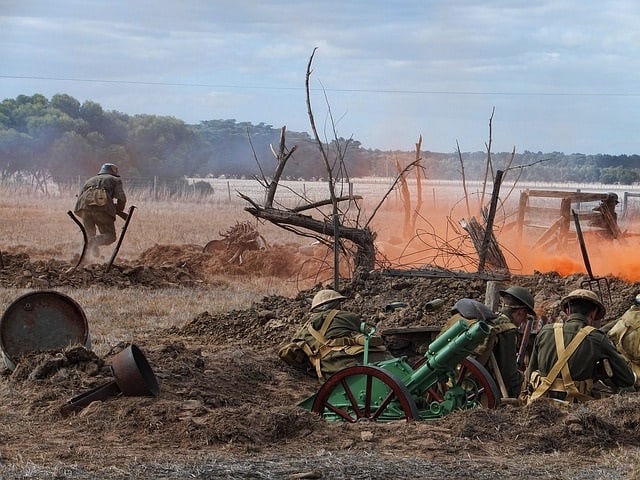 In the evening on Saturday, November 10 there will be a free, collaborative event with local schools, dance companies, inclusive choirs, theatre groups and musicians, bringing all abilities together to bring the Poppy Proms to life, and showcase the previous months of learning.

The whole event will be free, but tickets will be needed for the collaborative evening event on the Saturday and the reprise on the Sunday.