A guerrilla signwriter has struck in Dane Valley Woods, leaving two hand-painted messages by features at the site.

The first sign to appear caused some controversy with its message -For Fox Sake Please Take Your Litter Home -provoking a complaint about bad language. The second, placed on an owl stump, says Wise Owls Love Dane Valley Woods.

The identity of the signwriter remains a mystery. 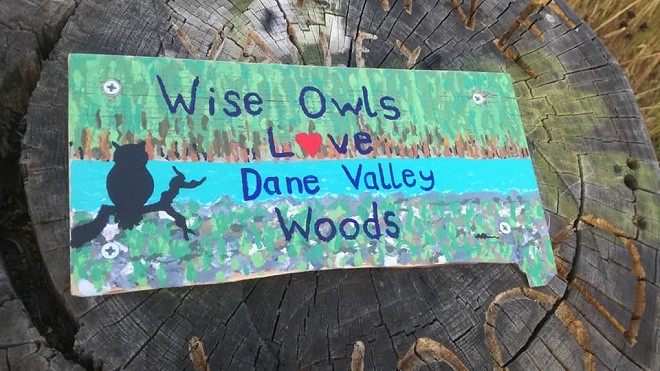 Dane Valley Woods is a volunteer-led project in Margate, growing and maintaining a new 13 acre woodland on a former landfill site, for the enjoyment of the residents. There are monthly action days, when a team of volunteers maintains and improved the woods, and also a vital band of residents who keep the paths clear of rubbish and report any issues to local councillors or the steering group. 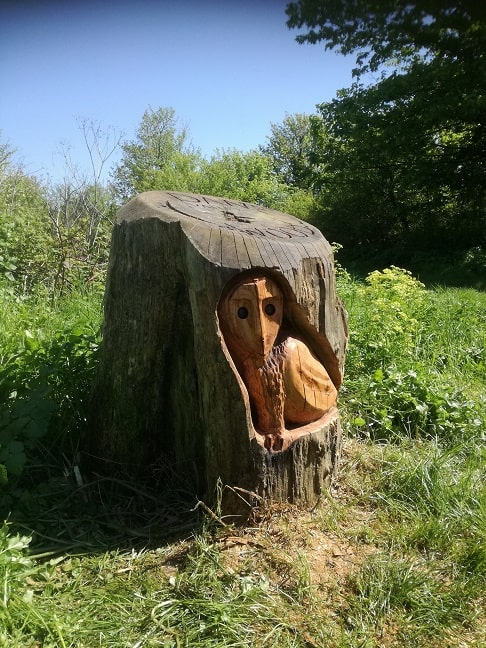 Using grant money donated to the project by Tesco’s ‘Bags Of Help’ fund in 2017, the group recently commissioned some large wood carvings from Bruks Tree Carving and built natural wooden benches to make the site more accessible and friendly for visitors.

These are the areas the unknown artist has targeted, with their litter sign appearing near to a carved fox, dubbed ‘Fido’ by local dog walkers, and the other on the stump. 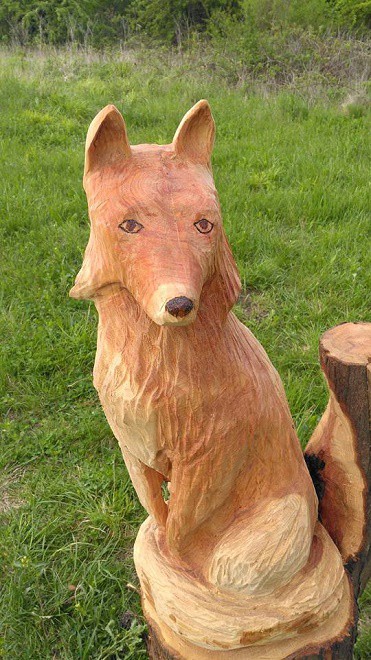 Steering group chairman Simon Field said: “The Steering Group discussed the complaint, but concluded  the sign should remain, as it contained no offensive words, and the message was a vital one.

“The project has also installed a new litter bin near the roundabout at Kent Road, in case visitors can’t make it all the way home with their litter. 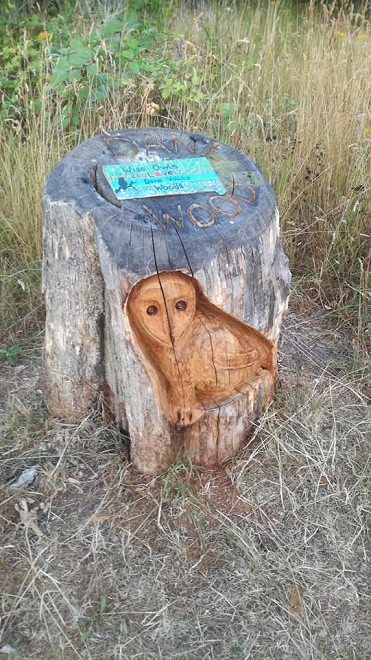 “The other sign, on the Owl Stump, hasn’t attracted the same criticism. The project volunteers are keeping their eyes peeled for any new additions to the woods – with 13 acres to search, there could be many other secrets to find!”

Dane Valley Woods is also home to a range of bird, reptile and mammal species. During the last action day, the team’s efforts were focused on the new wildflower meadow within the heart of the site, where they encountered a nervous field mouse and a tiny shrew during a huge effort to clear away unwanted weeds. The tiny mammals were moved safely out of harm’s way. 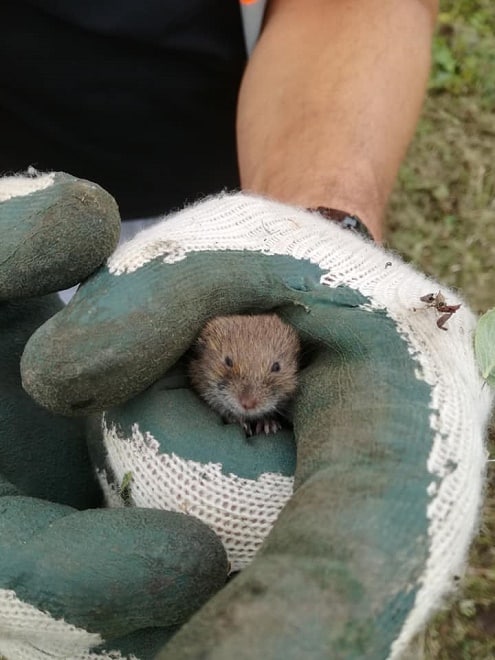 The woods also have a thriving lizard population and two recent bird wildlife surveys have revealed a huge range of birds living and breeding on the site. 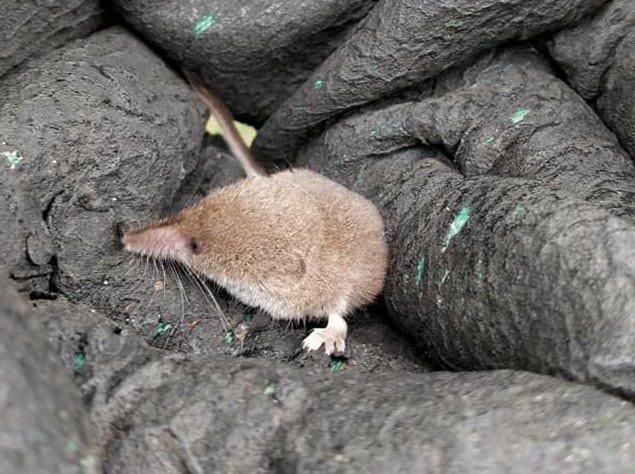 The project team is keen for more people to be aware of the site and the efforts of a small band of dedicated volunteers that keep the area and some 5000 young trees happy and healthy.

Simon said: “If the mystery signwriter wants to join in on one of the action days, the team meet at the Dane Valley allotments, alongside St Peter’s Footpath, at 10am on the last Sunday of each month, except December!” 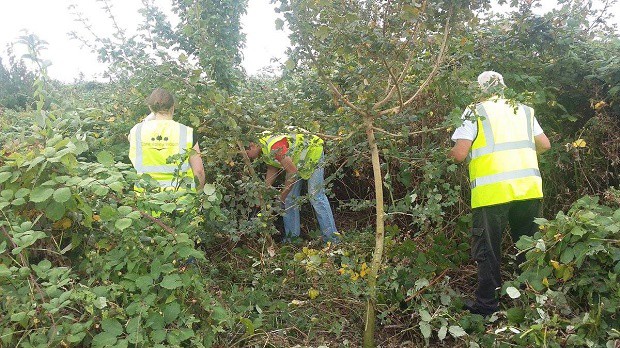 Anyone is welcome to join the action days, with the next one being tomorrow (September 30) from 10am. Children and dogs should be supervised by an appropriate adult, due to the public nature of the site and the potential risks involved using the tools. The team

For more information about the project, or to get involved, find ‘DaneValleyWoods’ on Facebook or Twitter, or visit www.danevalleywoods.org.

Dane Valley Woods is also home to the Thanet Community Forest School, which is a busy and thriving project getting children involved with outdoor activities. Find them on Facebook here