Chas Hodges, who helped put Margate on the pop music map with the Chas and Dave hit Down To Margate in July 1982, has died today aged 74.

A report on the band’s Twitter site online read: “It is with tremendous sadness that we announce the passing of our very own Chas Hodges. Despite receiving successful treatment for oesophageal cancer recently, Chas suffered organ failure and passed away peacefully in his sleep in the early hours of this morning.”

Regular visitors to the town they played numerous knees-up party shows at the Winter Gardens across the decades and were filmed tucking into jellied eels at the harbour as part of the video for their Margate hit.

“Working as a journalist in the area, I interviewed them many times on their visits and also chatted to them ahead of their shows on the phone.

“Chas was very knowledgeable about music and they were both proud of the tradition and style they were keeping alive. He always made time to chat, even when their schedule was pressed for time. 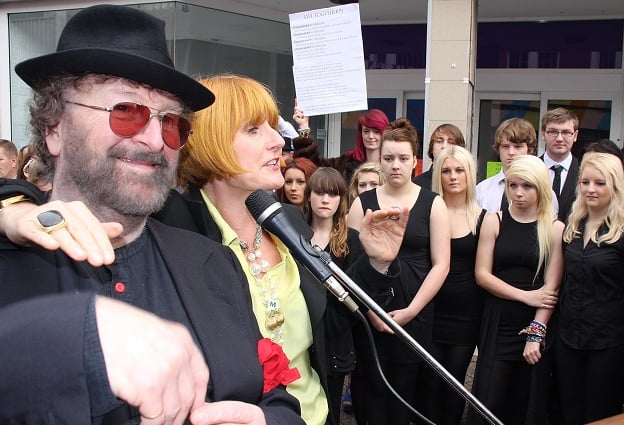 “A few years ago he performed in Margate High Street as part of the Mary Portas highly publicised ‘save our high streets’ media campaign – and once again he more than was happy to chat with the families and children who came to watch him play piano and lead a singalong. “

In the tradition of The Kinks and the Small Faces and around the same time as Ian Dury and Squeeze, Chas and Dave wrote and recorded exceptionally witty songs about life in London, performed with a strong affection for all things English reminiscent of many of the great Music Hall artists many years previously.

The musical accompaniment to Chas and Dave’s sharply observant material was neither rock nor punk but solid, no-nonsense rock’n’roll which had been their background and inspiration. 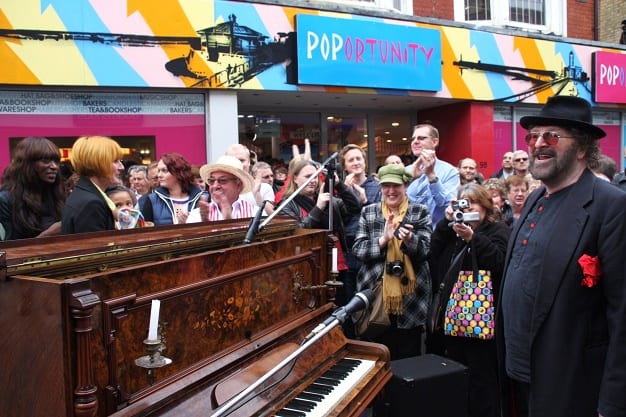 Chas Hodges (piano, vocals, banjo, and guitars) and Dave Peacock (bass guitar, vocals, banjo, and guitars) first met in 1963 but only began recording together in 1972. Both largely came from session backgrounds with Chas working with the likes of Joe Meek, Jerry Lee Lewis, Ritchie Blackmore, and Albert Lee in bands such as The Outlaws, Cliff Bennett and the Rebel Rousers, and Heads Hands and Feet. And Dave being equally active with The Tumbleweeds, Mick Greenwood, Jerry Donahue among others. 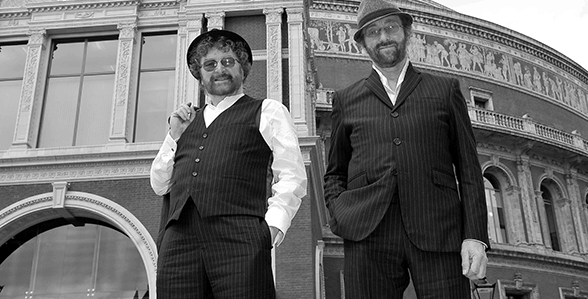 Respected by musicians they have played festivals, concerts and pubs, the Royal Variety Performance and countless other venues during a career they will celebrated often on stage in Margate.