A debut novel by a Broadstairs writer, marketing director and former magazine boss is to be distributed across the UK, USA and Canada.

Mother of Floods by Madeleine White has been picked up by Toronto based publisher Crowsnest Books, which specialises in publishing ideas driven fiction that can make a difference.

Mother of Floods follows the tradition of writers such as Margaret Atwood – The Handmaiden’s Tale – and Paulo Coehlo -The Alchemist – exploring what it means to be human in the 21st century and how people develop cultural, spiritual and digital identities.

Mum-of-three Madeleine is a former freelance journalist whose first big article was for the Evening Standard in the 90s looking at how her family dealt with her fathers bi polar disorder. The article coincided with the release of the Robert de Niro film looking at the topic, Mr Jones. 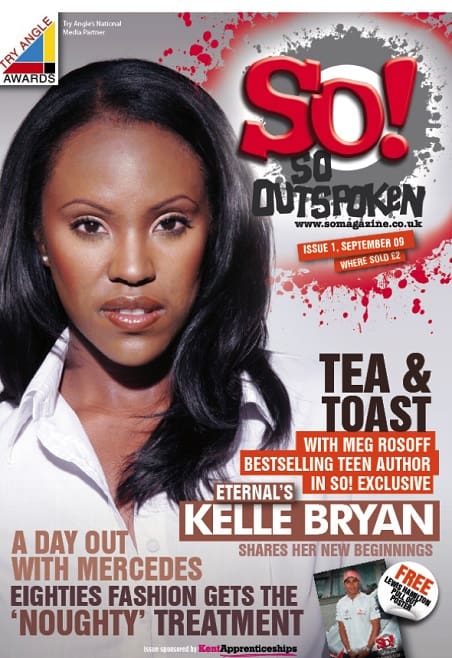 The former Clarendon grammar student later turned to teaching and was the brains behind  Oi!  Magazine produced for and by young people and launched with Marlowe Academy. The magazine went national as So! in 2009. She later worked on Nina-Iraq.com magazine- launched with world bank – for women in Iraq.

The magazines were all platforms to give disenfranchised communities a voice

The debut novel took the 48-year-old a year to write.

She said: “I had done quite a lot of research through my work before that year with some of the women I’d met and stories I heard for Nina-Iraq as well as even further back through working with teens as a teacher and through So and Oi.

“My debut work is speculative fiction, set in the ‘Age of Downfall’ we are living through; where depleted resources, economic chaos and social instability reign. A sentient internet stands at the intersection of the human story and  the story of technology as four women’s tales intersect, transforming pixels to dust of creation.

“I am a storyteller who has, over the last few years, been focussing on building and strengthening communities in emerging markets. I have a particular interest in supporting women’s networks.

“Mother of Fllods is a shift in direction, one in which I have turned my attention to trying to win hearts and minds through fiction. The power of stories, both true and fictional, is enormous in shifting opinions and opening us up.

“Although I am still working in other areas, I have come to believe sometimes fiction is far more powerful than factual journalism and reporting in terms of getting to the truth of a situation.”

While Mother of Floods may be completed it doesn’t mean Madeleine is taking a break. As well as taking on new projects she is also hard at work on a second novel.

Madeleine said: “I am working on a sequel. There is a lot of editing to do to turn it into its final shape. I will also continue to work with clients, both internationally and at home, to help them tell their stories and find their voices of leadership and hope by connecting with each other across cultural, geographical and digital communities- using websites and magazines created to make this happen.

“I’m also about to start on a new project that links women in agribusiness in the UK to those in sub-Saharan Africa for a large charitable organisation.”

Mother of Floods will be distributed as an e-book and in mainstream and independent book stores across the USA, UK and Canada either autumn 2019 or spring 2020.