Original members of the Ramsgate Skatepark Project, set up in 2012 with the aim of creating better facilities at the Warre Rec site, have held an impromptu music, skate and barbecue session to encourage youngsters to use the area.

Members of the group brought their children along for the event which also included some clearing of the site and a new burst of colour from graffiti artists for the bowl and on temporary boards. 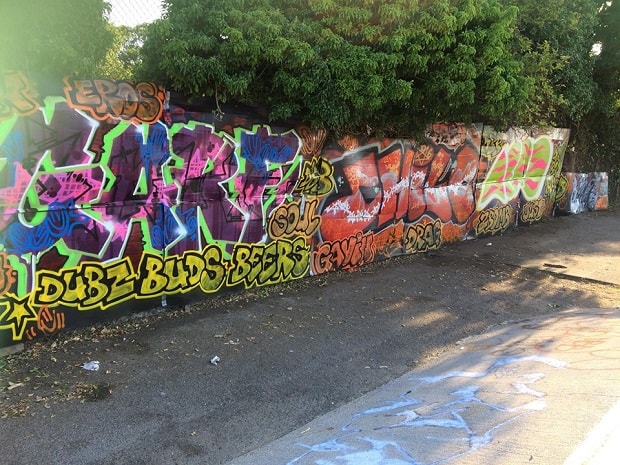 Some 50 people turned out for the event last weekend.

Current members of the group have previously cleared the basketball court and installed new backboards.

An application was made for £550 from Kent County Council to help with the improvement project. There are also plans to resurface the skate park but this has been held up by a delay in information needed from Thanet council. 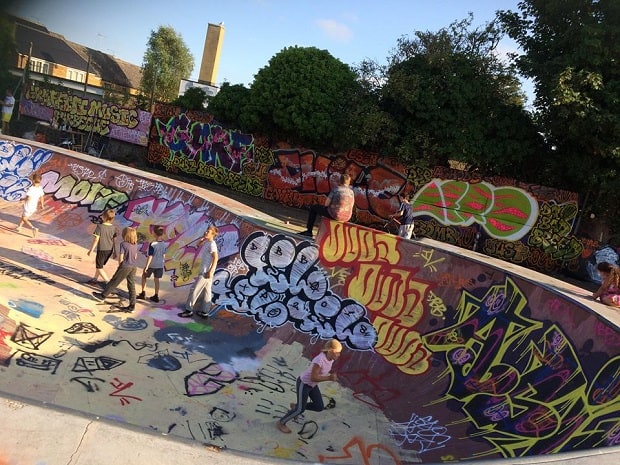 It’s hoped that permanent graffiti boards can now be put in place.

Maxine Morgan, from the skatepark project, said: “What was really nice was an original member was there with his partner, child, and a few grey hairs. He was one of the older members of the original skatepark, He used those old ramps daily with a good group of guys and still misses them.

“They paid for everything out of their own money and even cut back overgrown bushes and trees growing through the fencing.”

Find out more about the skatepark here