Residents have been evacuated from flats in Cliftonville’s Northdown Road this evening (August 22).

Police are at the scene of Sandhurst Place, formerly the Capital House tax office.

One witness said: “There are loads of police and our block has been evacuated. There has been something found that is potentially explosive.”

A Kent Police spokesman said: “Kent Police attended an address in Sandhurst Place, at 5.20pm where two men were arrested on suspicion of burglary offences.

“While searching the property unidentified materials were found by officers and the Explosive Ordnance Disposal unit has been called to attend and fully assess the items.

“As a precaution a number of nearby properties have been evacuated. Officers remain at the scene along with Kent Fire and Rescue Service.” 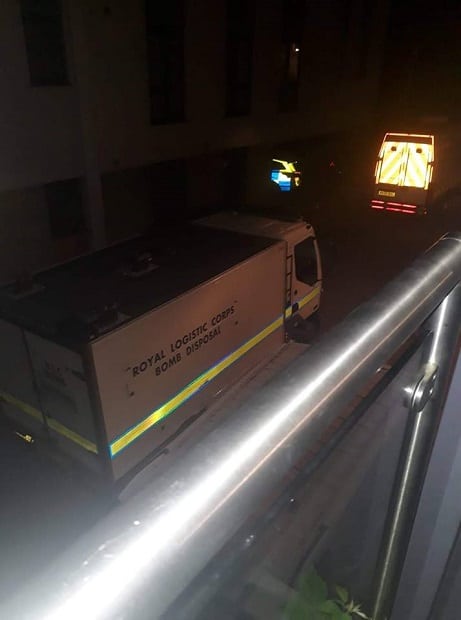 UPDATE: 10.30pm – The MoD bomb squad is now on site. The area is still cordoned off an residents have not yet been allowed back in the building.

August 23: An MoD spokesman said: “We can confirm that the EOD team attended an address in Cliftonville on Margate on August 22, to assist police in their investigation. It would be inappropriate to comment further at this time as this is an on-going police investigation.”