The grades now run from 9 to 1 replacing the former A* to G grades. A level 4 now represents C grade and 7/8/9 are equivalent to A and A*. This year the new grading applies to all subjects.

Last year students at Royal Harbour Academy struggled with 12% achieving English and Maths combined passes at Level 4 or above. This year that has gone up to 30.4%.

“When the more difficult qualification was introduced it was said those students on the C/D grade line would suffer disproportionately but we have bucked that trend.” 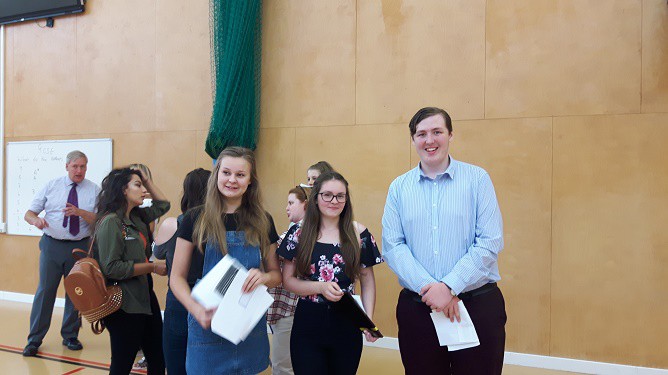 Work towards this year’s exams included close ties to the Coastal Academies Trust, an umbrella for isle schools including King Ethelbert and  Dane Court.

Trust executive head Paul Luxmoore said: “There has been collaboration with CAT and support from King Ethelbert with a lot of those skills transferred to RHA, especially in English.

“It is three years since the merger of Marlowe and Ellington and Hereson. There was a successful first year but last year results dipped as students adjusted to the new qualifications.

“The merger was a massive move but these results go a long way to justify that. There is still a way to go but we can say it is working.” 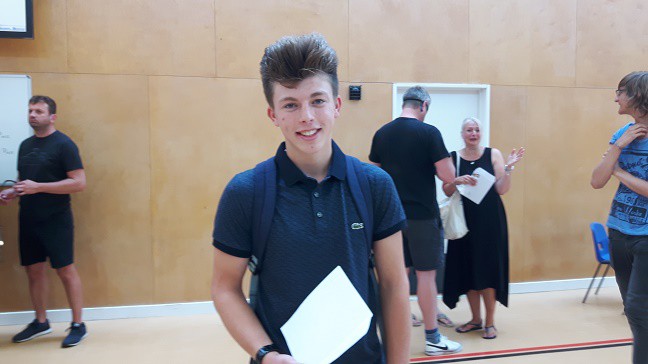 Max Sampson (pictured) celebrated a 5 in maths, 6 in English and two level 4s and is already on a two year carpentry apprenticeship.

Elysia Styles achieved level 6 passes in English Lit and Language, a 5 in RE and a 4 in Maths amongst her grades.