Having just finished painting a wardrobe, I would like to announce how much I despise painting. It is tedious, monotonous, and dull. Plus, I ran out of paint halfway through. That meant a trip to the nearest DIY store, and in my case that means Wickes; a shop I always associate with envelopes. Specifically, an occasion when the MP for South Thanet handed me an envelope of money. 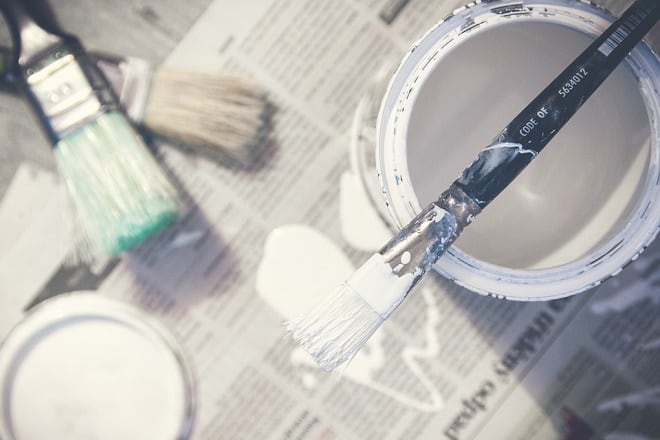 I was nine years old when Wickes first arrived in Thanet, long before the store moved to its current location. Back then there was no Westwood Cross; the roundabout was dominated by the Pearce Signs building, where I later undertook work experience in the design department. The abandoned Haine Hospital still stood roughly where Vue Cinema is now, and everything else was fields as far as the eye could see.

As part of the opening in the early 90s, Wickes coordinated a competition for local school-children to design a poster advertising the new shop. Being a creative-type, I gave it a go (as did every other kid in every other class at my school, and I assume at others too). The winning poster would be printed and put up on billboards outside the store and around Thanet, which sounded very exciting at the time.

My poster was relatively simple. I drew the TARDIS flying through some kind of time vortex thing, with the slogan ‘Travel through time with Wickes’ written over it. I even drew the old blue and red Wickes logo by hand.

Now, I know what you’re thinking: why not ‘Travel into the future with Wickes’ instead? I agree that would have been better, but in my defence I was only nine and had no idea about marketing. In fact, I had not even seen an episode of Doctor Who. My only awareness of the TARDIS was from the box of an old board game I had picked up in a charity shop after saving my pocket money for a while. The rest was imagination.

A few weeks after creating our posters, the school gathered for regular morning assembly. Following a terrible rendition of ‘Morning Has Broken’ we were hushed and the Head Teacher announced that one of the entries from our school had been awarded a prize in the Wickes competition. I was so busy pulling faces with my friends that I almost missed my name being read out, but caught it just in time.

I had won Third Prize with my TARDIS poster and was invited to the opening of the store the following weekend, where I would be presented with my prize by the Member of Parliament for South Thanet, no less.

On the day I was filled with anticipation and questions. Where was Wickes? Who was the MP? What was the prize? We arrived and I watched a tall man cut a red ribbon on the front of the red-brick building with the big Wickes sign, smiling for the press photographers. He then walked over to a small line-up of children and worked his way down the line.

When he finally reached me, he held out his hand and said: “Hello, I’m Jonathan Aitken, and you are?”

I introduced myself, and he shook my hand and gave me an envelope. 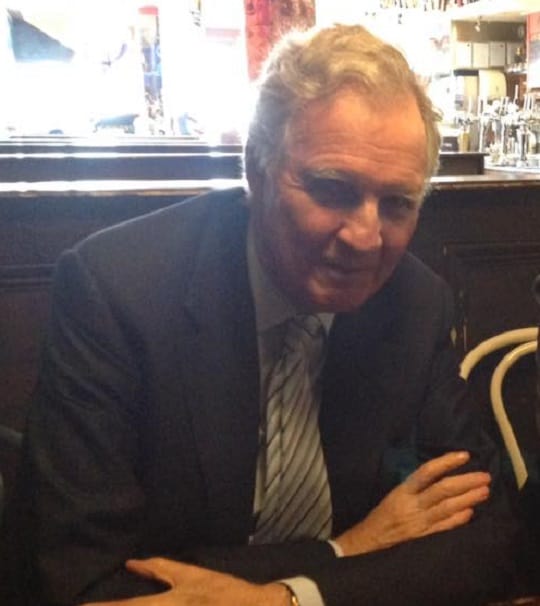 To me, Jonathan Aitken seemed fairly pleasant, although perhaps—being only nine—I might not have been the best judge of character. Whilst he appeared to be a bit posh but quite nice, if slightly awkward, he was actually Minister of State for Defence Procurement whilst simultaneously being a director of an arms export business. In other words, he (indirectly) bought and sold a lot of guns.

Looking back, I’m not too surprised that Aitken passed me an envelope. A year or so later he would be accused of violating ministerial rules, amongst other things, as a long-reaching web of lies and conspiracies was uncovered and he resigned from his Cabinet position of Chief Secretary to the Treasury. He was still the MP for South Thanet for another two years after that, however, until his defeat in the 1997 General Election.

I’d like to make it clear that Wickes had nothing to do with Aitken’s dodgy escapades, nor were they implicated. The local branch regularly does things to support local schools, and this was one of those: they simply asked the MP to open their new store and award prizes to children. The association with envelopes is entirely mine.

Aitken ultimately pleaded guilty to perjury and perverting the course of justice and was sentenced to 18 months in prison, of which he served seven. He reportedly found religion whilst inside—a path he continued on following his release—and at the beginning of this month was ordained as a Deacon. Whilst for him this redemption and character change may be a personal catharsis, as far as almost everyone else is concerned he will always be remembered as the Conservative MP for South Thanet who was eventually jailed for his unscrupulous actions.

Let’s hope that was a one-off; we don’t want to be getting a reputation.

I didn’t win but my Editor did! @IsleThanetNews won Kent News Website of the Year 2018 #KPBA pic.twitter.com/LPkMvKC9Sp

Anyway, as well as begrudgingly painting a wardrobe and avoiding the elephant in the constituency, this month I also attended the Kent Press & Broadcast Awards. I was a finalist for Kent Columnist of the Year, and although I didn’t win I was thrilled to be shortlisted and it was a privilege to attend the awards.

Whilst I was there, I was able to congratulate some other local press folks, including the Editor of this fine news outlet. Thanet-based Isle Magazine was highly commended in the Kent Magazine of the Year category, local picture-maestro Frank Leppard was highly commended in the Kent Photographer of the Year category, and—drum roll, please—The Isle of Thanet News won Kent News Website of the Year. Having the opportunity to contribute to The Isle of Thanet News is an honour, and one that I don’t take lightly.

Oh, and the envelope Jonathan Aitken gave me? It contained a £10 book token. At least, that’s the story I’m sticking to.