What do you get if you mix the track from Watership Down with psychedelic, space rock and a helping of instrumental vibes?

These are the ingredients for the Hawkwind performance at Dreamland this month, supported by London band The Fierce and the Dead and with special guest Mike Batt – the creator of that epic film track and the famous Wombles theme tune.

Hawkwind are closing in on a massive 50 years in the business and are famous for epic light and dance shows, space rock chaos and an ever-fluid line up.

Formed in 1969 their first major hit was Silver Machine in 1972 which rose to No. 3 in the UK charts and was written by band founder Dave Brock and former Margate resident Robert Calvert.

Notable musicians to have performed in the band include Lemmy, Ginger Baker and Huw Lloyd-Langton, but the band are most closely associated with singer, songwriter and guitarist Dave, who is the only remaining original member. 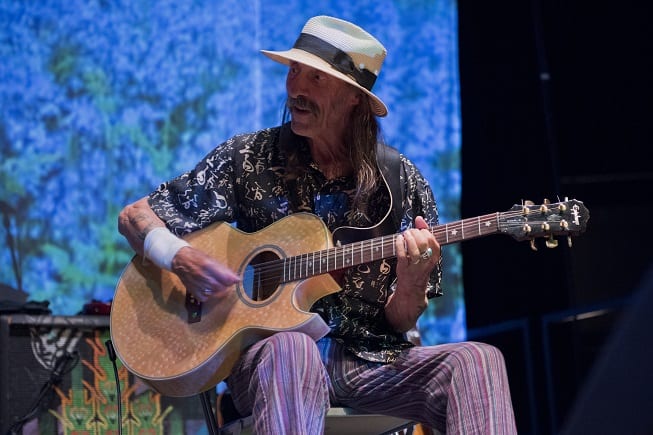 And Dave, 76, is not adverse to changing it up. Talking from his studio in Devon, he said: “Music is supposed to be an art form. It would be boring if you just did the same thing over and over. As time goes on it is about having fun and being able to do what you want.”

For the Margate gig Mike Batt, who also created the soundtrack for epic movie Watership Down, will be playing piano and The Fierce and The Dead will treat fans to their instrumental rock.

Something that fans might not know about the concerts is the fundraising for animal charities.

Dave, who started his musical career as a busker and an artist, is passionate about educating generations to come on the need to protect our wildlife.

He said: “We raise money and hopefully help save a lot of wildlife. Charities include Animals Asia, and the Sea Shepherd Conservation Society. Sometimes when you see what goes on you wonder how people can be so cruel. So, this is our little bit of giving back. We want to make people aware of what’[s happening and you can do that through music and art. We want to make people think about how we can stop the cruelty and to think about educating kids at school.”

The gig is being played ahead of formal orchestral shows later in the year and a new album release in September which also features music from Eric Clapton.

The event is for those aged 14 and over. Under 16s must be accompanied by an adult.

Isle fan Adam Dark also had a chat with Dave Brock ahead of the gig and found out a few unusual facts. 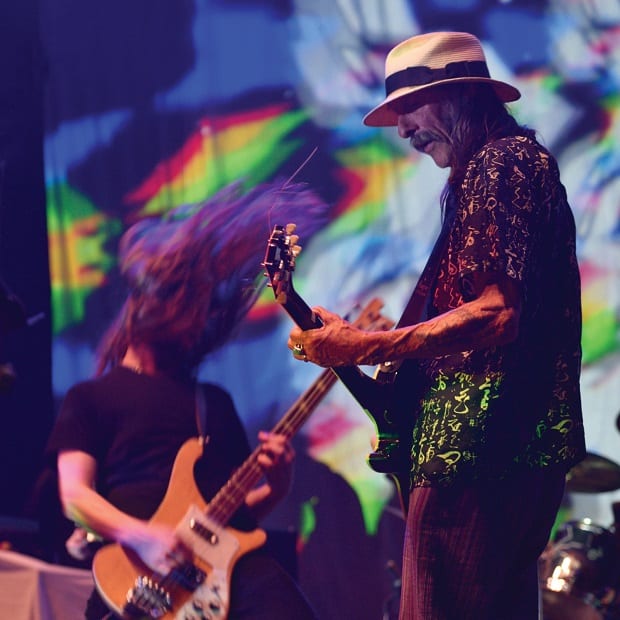 Have you been to Margate before?

Dave: Well its funny you should say that, I have, we used to get the Jazz boat down from London to Margate, Paddle steamers they were. London Embankment to Margate and back. We would get tipsy a lot and dance along to jazz bands. That’s when trad jazz was the thing to be involved with.

How did Samantha Fox of page three fame end up singing with you?

Dave: We were doing a charity gig for the homeless and Sam had actually recorded a track with Lemmy, that was how we knew her. She was asked what band she wanted to sing with and she said ‘I would love to sing with Hawkwind’. We got on wonderfully well with her actually. She’s got a really good voice believe it or not. She’s quite a character and we all got on wonderfully well with her and that was it. We did ‘give me shelter’ with her. It got to number 5 in the charts.

You’ve made 29 albums not including all the extra stuff.  How do you survive for so long in an industry where people get chucked out after two albums?

It’s a funny old business to be involved with, you have got to treat it like an art-form. Unfortunately it is not taught in schools anymore. Back in my day the schools would have a big wardrobe full of instruments even just recorders.