The annual Ramsgate Week of yacht racing is coming up this month and entries are flowing in for both the IRC and Cruiser Classes.

On the Sunday yachts will compete for the Round the Goodwins Cup.

On Monday at 11am Mayor of Ramsgate, Trevor Shonk will fire the cannon to officially start Ramsgate Week.

The regatta incorporates the IRC Spinlock East Coast Area Championships from Wednesday to Friday, and this year sees the re-introduction of a Team Event. Teams of three boats from any class, club or country can be nominated before the first race and will compete for the RTYC Commodore’s Cup. 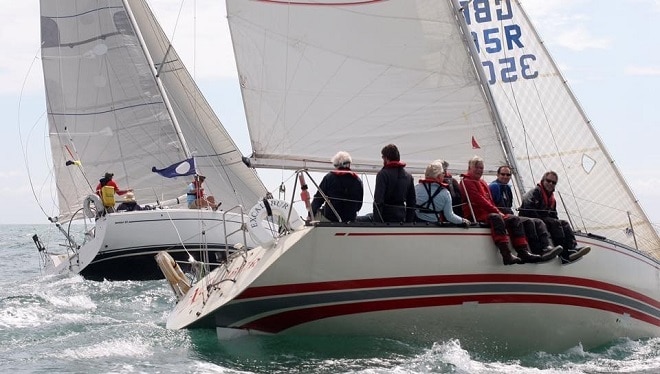 A spokesman for RTYC said: “We are particularly happy to welcome back Richard Matthews’ Oystercatcher XXXI from West Mersea Yacht Club which won the IRC 1 class in 2017. The 2016 IRC 1 winners, Team Heiner from the Netherlands club WV Zeewold, will happily be re-joining us in their Max Fun 35.

“After an absence of several years we are also pleased to welcome back Niek Spiljard with his X332 Vanilla from Netherlands club WV Arne.”

The cruiser class competition has attracted a slew of entries from neighbouring yacht clubs in Kent, East Sussex and Essex. Howard Bates’ Westerly Fulmer, Mallard, from Rye Harbour Sailing Club and Tim French’s Zephros from Medway Yacht Club must surely be ones to watch based on past results. Also of note is Bernard Sealy’s Westwind 38, Karibia Breezes, from Royal Cinque Ports Yacht Club in Dover as one of his crew is Catherine Westbrook, who was part of the Gold Medal GB Blind Sailing Team at the World Championships in the USA last September.

A full current entry list can be viewed here: http://www.ramsgateweek.com/ramsgate_week2018/rwkentriesos.html