Margate seafront businesses have been forced to fork out for portable loos due to Thanet council facilities being shut.

The toilets at the Nayland TS Eliot shelter,off Canterbury Road, are shut due to an issue with sewage spilling onto the sands.

Toilets at Margate station and at the other end of the sands by the clock tower present access difficulties for people who are not fully mobile and have also suffered flooding in the men’s loos. Toilets at the harbour arm are still not being regularly maintained despite pleas from businesses.

The  Nayland toilets have been shut for most of the tourist season. They were closed over Easter then opened on May 6 but shut again for the May bank holiday at the end of the month when hot weather brought thousands of visitors to the sands. 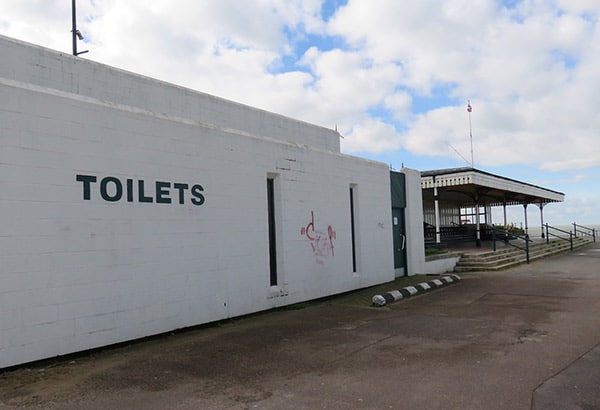 Sun Deck traders say they were given no warnings of the closures, which are putting them in jeopardy because nearby facilities are required as part of their licences.

Now The Sun Deck team has been forced to pay for two portable loos so that customers – and others using that end of the beach – can go to the toilet.

Jodie Ellena, from The Sun Deck team, said: “We managed to get a deal with the company at £35 a loo as we said we’d hire them for the season because we can’t trust Thanet council to maintain the public toilets.  We will be the only toilet between Strokes golf course (also private) to where the clock tower toilets are and obviously won’t deny use to anyone, even if they are not customers. How could we tell a parent with a small child that they have to go right up the other end of the beach.

“How is a disabled person to use the clock tower loos anyway with stair access only? The next nearest public facilities for disabled people are the harbour arm!

“Our food businesses and bar licence means we have to have accessible public facilities as part of a condition. With the toilets closed, we’re now in danger of contravening planning law through no fault of our own and could face being shut down because of the lack of facilities.

“People have have been using the beach and the sea as a toilet because they won’t make it to the next facilities. Thanet council talks about getting the Blue Flag in Margate but how long will that last with people going to the toilet in the sea and on the beach?

“Why are the council not providing an alternative? It’s absolutely disgusting! They could get portaloos, even just 10, so there are facilities for people to use.” 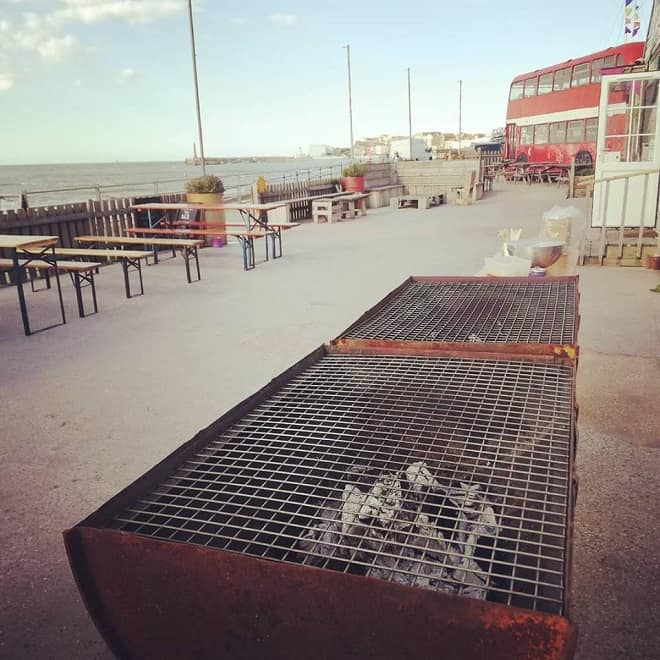 The Sun Deck has a variety of businesses, including the Bus Cafe, Po Boy creole fish, Tiki bar, the Curry Shack, Juice Project, and a hot dog stand.

Harbour Arm traders say they are also being affected as the long-standing issue of having regular maintenance at the toilets there has still not been resolved and the disabled toilet has been broken for a week.

One trader said: “A lot of people won’t go there because of the state of them. All of the businesses are suffering because of this.”

Public facilities in The Centre and College Walk were also shut last year although The Centre was reopened amid a public outcry.

Thanet council says it is working to deal with the issue at the Nayland toilets as a matter of urgency with a contractor due to carry out repairs.

The Public Health Act 1936 gives local authorities a power to provide public toilets but it imposes no duty to do so.

A report by the BBC in 2016 found that between 2010 and 2013, one in seven public toilets was closed because of local council cuts.

Public toilets sold off in Thanet, or placed on the market for sale, include St Lawrence, Boundary Park in Ramsgate and facilities in Queen Street, Ramsgate, public loos in Westbrook and former toilets at Viking Bay.

All opening times are subject to changes should there be snowfall or icy conditions.

* Not available during the winter closure