An eyesore  plot of land in Ramsgate High Street that has lain derelict for around a decade will go up for auction next month.

An illegal demolition was carried out at the site, which used to house the former printworks, in 2013 which led to a building collapsing into the street and businesses having to be evacuated.

Last year Panther VAT (PAL), a subsidiary of property investment company Panther Securities, was fined £160,000 and ordered to pay £9,000 costs for the unsafe demolition which was carried out without the relevant permissions.

Planning permission for the site  has been granted by Thanet District Council for the construction of a four storey building to provide six one-bedroom and eight two-bedroom self-contained flats. 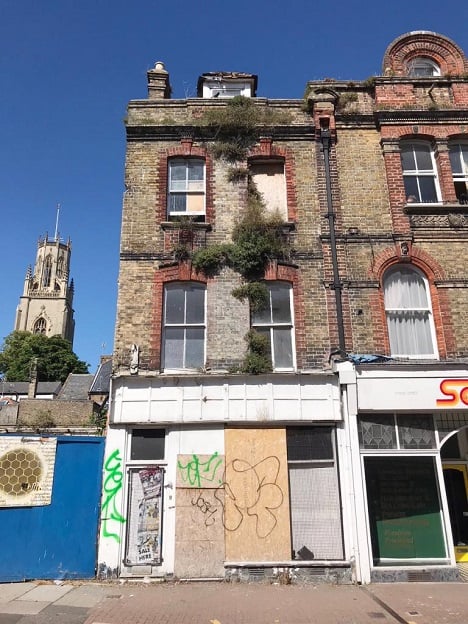