The Canterbury Christ Church campus in Broadstairs is being evaluated as a potential site for a ‘Westwood’ GP hub.

The campus will not be taking in students from September this year as the university gradually relocates courses to Canterbury as part of its 10 to 15-year Estate Master Plan in which it plans to invest £150million in new buildings and facilities in the city.

The Broadstairs campus was created in 2000 to provide access to higher education for local people. It has been successful with over 800 students from the area studying there at the start of this year.

But university bosses say the majority of students from Thanet -650- are choosing to study at the main campus in Canterbury with declining numbers – just 135 – opting for Broadstairs.

In March this year North Thanet MP Sir Roger Gale said the campus could be used as part of a new ‘medical school.’ It followed the announcement by Health and Social Care Secretary Jeremy Hunt that five new medical schools nationally will open their doors to student doctors starting this September.

One of the successful bids came from the University of Kent and Canterbury Christ Church University for a Kent & Medway Medical School. This is likely to be based in Canterbury but Sir Roger hinted that the Broadstairs campus may have a medical use.

Thanet Clinical Commissioning Group has now confirmed that it is one of the potential sites being looked at for a ‘super surgery’ similar to the Bethesda surgery proposal (pictured) which received planning permission this month.

A spokesman added: “Thanet CCG is currently looking at a number of location options for an Integrated health and well-being hub in the Westwood Cross area.

“The development of these health hubs is part of Thanet’s Primary Care Strategy to meet the challenges currently being faced in delivering health care across East Kent and indeed nationally.

“These challenges include a growing demand for care due to an increasing population and people living longer, too much focus on treating ill health rather than preventing it, and issues with the way healthcare is organised such as fragmentation and difficulties recruiting skilled staff.”

Thanet CCG says a new site would provide GPs and a range of other health and care services for up to 60,000 people.

The Westwood Cross surgery is part of proposals for three GP ‘practice groupings’ in Thanet, each serving between 30,000 and 60,000 patients. 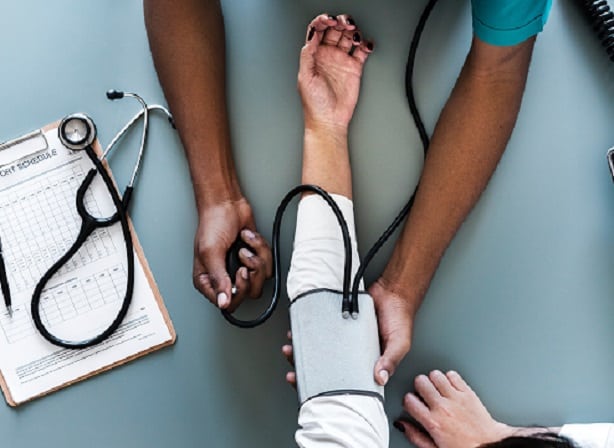 The initiative is part of the Sustainability and Transformation Plan (STP), created by Kent and Medway health trusts, the NHS, Kent County Council and Medway Council, which sets out proposals to overhaul the health system, including changes to GP surgeries and hospitals.

Original proposals were for four GP groupings – dubbed Primary Care Houses (PCHs) – made up of the villages, Broadstairs; Margate and Ramsgate.

New proposals reduce that to three by combining the villages (Birchington/Westgate) and Broadstairs.

Currently there are 14 GP practices on the isle, Thanet CCG says there are no plans to reduce those surgeries.

Find more on the proposals here