Poppy, 11, was presented with her engraved award by champion sprinter and former Olympian John Regis at the ceremony run by Thanet Passport at Margate Winter Gardens.

Poppy, 11, who was nominated by her school, said: “It was such a big surprise to win. I did not expect and I cried when my name was announced, it was such a shock. It is a big thrill to be presented it by John Regis.”

The Year 6 pupil says her favourite sport is athletics but she also enjoys netball and football.

She was joined at the awards by fellow school sports captain Casey Linney, also 11. He said: “It was an honour to represent Chilton at the awards and we are happy that the school did well.” 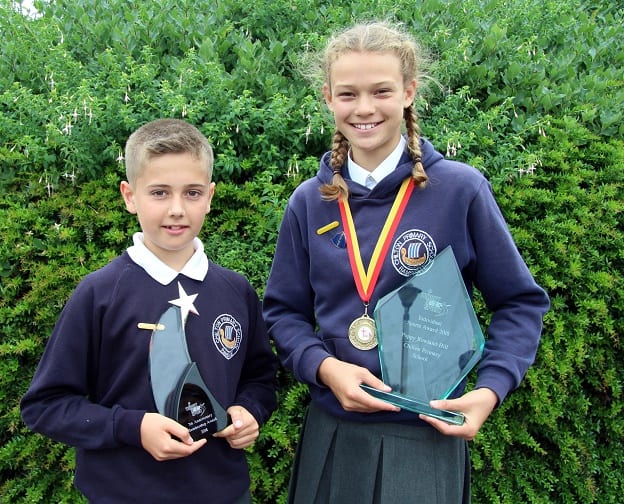 Chilton’s PE Leader Dave Wheeler said: “The competition between so many Thanet schools was very tough and it is brilliant for Poppy to be recognised for her all-round sporting achievements with this trophy.”

Emma Knight, the school’s sports coach, added: “Poppy is a natural. For example, she only started competing in athletics in November and yet she is already ranked fourth in the UK under 13 pentathlon championships, and on her first attempt at 70 metre hurdles she broke the Thanet Athletics Club record.” 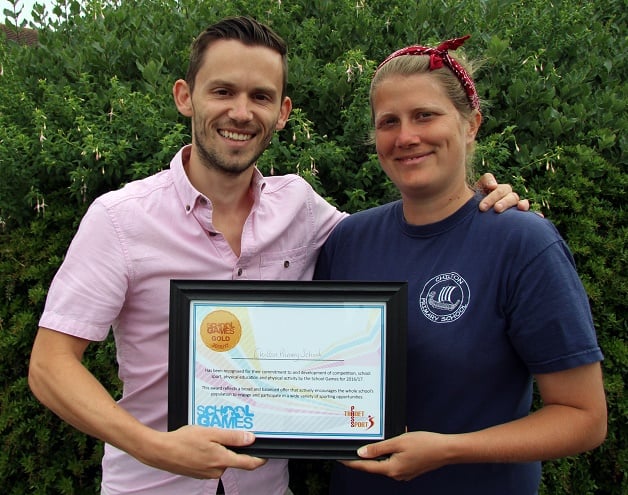 Head of School Kate Law said: “Sport is an important part of our pupils’ lives at Chilton whether it is as individuals or as part of one of our many teams. We encourage everyone to enjoy it and be involved in some way.

“Poppy’s personal achievement is well-deserved and the Gold Mark status is a reflection of the excellent work of our sports team and the way in which we embrace the sport-for-all ethos so fully.”

A request for a full list of winners has been made to Thanet Passport.