The first multi-agency gangs strategy has been published for Kent and Medway.

The three year plan is a bid to tackle the increase of both ‘County Lines’ activity – where gangs from London and further afield target Kent and other out of city areas to sell drugs –  and to crack down on local ‘home grown’ gangs.

The aim is also to provide early interventions for young people on the cusp of gang activity and their families, protect vulnerable children and adults, work with schools on gang ‘myth busting’ sessions and development of shared database of gang information.

The majority of young people involved in gangs in Kent and Medway are aged between 15 and 25 but extremely young children can also be targeted and groomed by gangs – the youngest reported in the county was 10 years old.

In 2015 Thanet was recognised as an area of ‘local priority’, needing specific support to deal with gangs and youth violence. In 2016, Medway was also identified as a priority area. 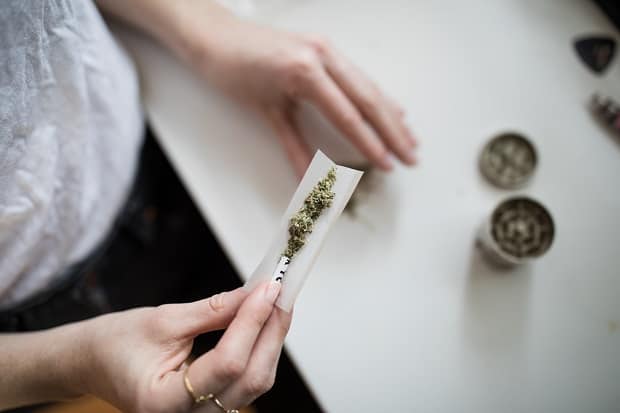 The strategy looks at some of the contributing factors to the growth of gang activity in Kent and Medway.

It states: “We know that Kent and Medway have been subject to ‘county lines’ crime for some time, and that this vulnerability has been compounded by young people with gang connections being moved from London into youth detention accommodation in Kent over recent years – with drugs markets operating between the capital and various points across the county.

“We have also seen a significant increase in the number of homeless London families being relocated into Kent; some of these individuals have existing gang connections and some are vulnerable to gang exploitation owing to their situations.

“These factors combined have led to the establishment of organised crime networks and the exploitation of vulnerable people in those areas in order to sell drugs (human trafficking) and, in some cases, to become drugs users. More recently, Kent has seen the development of ‘home grown’ gangs at different locations across the county. These groups have been targeting vulnerable people to sell drugs in the same manner as ‘county lines’ crime rings.”

Who are they targeting? 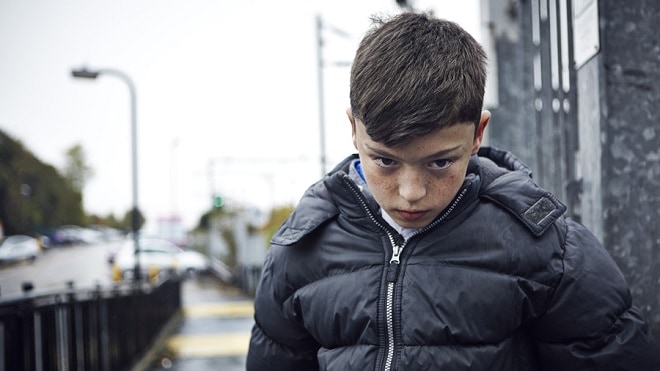 The average age of a gang nominal operating in the county is 15, but extremely young children can be targeted and groomed by gangs – the youngest reported in the county was 10 years old.

Statistics show  a high proportion of  gang members of all levels operating in Kent and Medway are from BAME communities  – though the ‘profiles’ of gangs can differ depending on whether they are ‘home grown’ or ‘county lines’ groups and  gang members can come from any ethnic or cultural background.

Young people may be both the victims and perpetrators of crime – involved in criminal activity, but doing so as a result of coercion, grooming and criminal exploitation.

Vulnerable groups at risk may include children in local authority care, children who have recently suffered a bereavement, adults who have experienced poor mental health or adults with learning or physical disabilities. 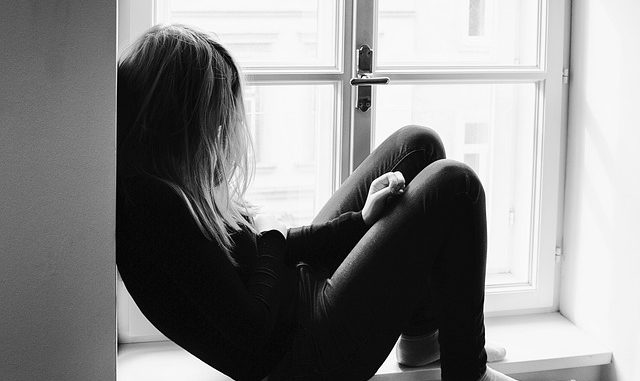 Vulnerable children and young people at risk of criminal exploitation by gangs are also at risk of a whole range of aligned abuse as a result of gang affiliation – from emotional and psychological maltreatment to sexual abuse and debt bondage. They may also be in situations which result in the neglect of their basic needs, live in an unsafe environment and/or have poor attendance at school.

Professionals have particular concerns about the risks posed to vulnerable gang-associated girls and young women, who can be subject to specific forms of sexual and physical abuse in gangs situations and are often a ‘hidden’ cohort.

Vulnerable individuals – such as some single parents, those with learning difficulties, the elderly, those with mental health problems or drug dependencies – may be more at risk of being coerced and exploited by gangs.

‘Cuckooing’, where gangs use the homes of vulnerable adults as a base from which to deal or harbour drugs, is an ongoing concern. These individuals may also be groomed and manipulated by gang members to sell drugs on the gang’s behalf. Vulnerable adults may be coerced into becoming drug ‘runners.’

What is being done?

The multi-agency creation of the  three year strategy sets out aims to be achieved by 2021; The action plan will be reviewed on an annual basis.

Kent Police has formed Gangs Investigation Teams, dedicated to tackling gangs in each division. As part of this process a gangs matrix has been developed to help identify and map the individuals involved in gang activities and to assess the threat, risk and harm they pose. Kent Police has recruited 20 Youth Engagement Officers specifically to work with young people at risk of abuse and neglect, including through gang involvement.

The Taskforce has also used geo-mapping to identify ‘hot spots’ of activity that could then be targeted.

Modern Slavery legislation is being used to prosecute more gang offenders by protecting the trafficked victims of gangs and targeting the ring leaders of the crimes.

Enforcement is being used to discourage gang congregation and associated anti-social behaviour in public spaces.

Individuals at risk of gang involvement and their families are being provided with focused support and wrap-around services.

Superintendent Andy Pritchard said: “We know that gangs will target vulnerable people, regardless of their age, across the country and this issue is not unique to Kent or Thanet. Criminals will use intimidation, bullying and violence to maintain control of their victims. However we have effective systems in place to identity those most vulnerable and safeguard them from harm.

“For example. in Thanet, we have dedicated teams that tackle child exploitation, with the help of partners, which makes it more difficult for gangs to establish themselves in the area.

“What is extremely important is for us to continuously raise awareness of this type of activity and encourage the community to look out for the warning signs, which include missing school, receiving expensive gifts, drug or alcohol abuse, hanging out with new groups and a change in their behaviour and appearance.

“Anyone concerned that a child is being exploited should report it and there are a number of organisations that can help depending on the circumstances. For more information visit https://www.kent.police.uk/advice/child-sexual-exploitation-(cse)/spot-the-signs/ or if a child is in immediate danger, dial 999.”

Three actions have recently been taken in connection with cuckooing in Thanet. In April Thanet council won a premises closure order for a property in Broadstairs where the tenant was believed to have been the target of a ‘cuckooing’ couple.

The partial closure at the house in Prince Andrew Road, was obtained on March 27, and allows only the tenant and owner access to the address but excludes any other person from being there.

In May another closure order was served on a property in Margate following action by Thanet council, Kent Police and Riverside Housing Association. There had been an increase in reports of nuisance and disorder and concerns of drug activity at the property in Addington Street. There had also been an increase in the number of visitors to the address. A number of warnings were issued but were ignored.

Also in May a drug dealer was jailed for six years after he was caught by police as he sold heroin and crack cocaine in Margate.

When Chakile Gonladieu, of no fixed address, was arrested and searched, officers found a large Bowie knife in his waistband along with a total of £1,645 in cash hidden. They also picked up the discarded drugs. 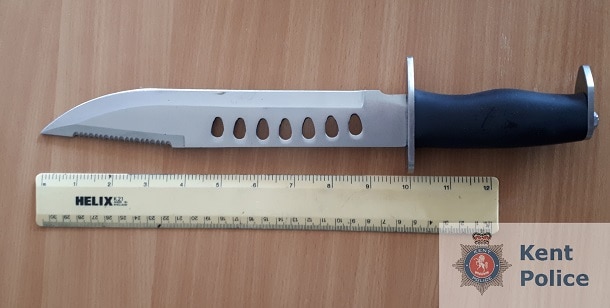 Following an investigation by Kent Police, it was found that Gonladieu, originally from London, had used a technique known as cuckooing where he had moved into someone else’s home in the Margate area, in order to use it as a base while he sold drugs.

Gonladieu, 19, pleaded guilty to possession of a knife in a public place, and two counts of possession with intent to supply Class A drugs.

He was sentenced at Canterbury Crown Court on Friday 27 April to a total of six years’ detention in a young offenders institution.

The case was part of an ongoing initiative known as Operation Raptor, which is designed to tackle, disrupt and prevent violent crime and the possession of offensive weapons, as well as the supply of class A drugs. 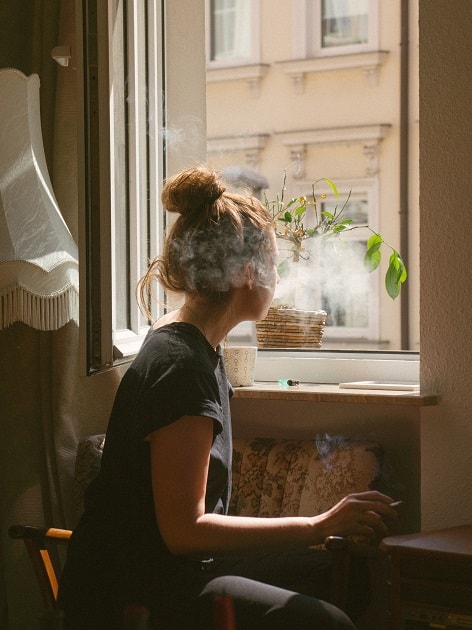 Early intervention and preventative work will be stepped up to stop young people becoming involved with gangs.

There will be awareness raising activities with the public, councillors, communities and the voluntary sector, and intervention work with parents and young people, such as gang ‘myth busting’ sessions in schools and parenting programmes aimed at adolescent online safety;

Mentors will be brought in for young people vulnerable to gang involvement and a programme of youth intervention, with schools, will be developed to help raise the profile of gangs and gang related issues.

There will be stringent planning for care leavers, particularly in relation to accommodation and the potential use of their properties for the purposes of ‘cuckooing.’

Services, such as police, social services, probation, education staff and district councils, will share information for early intervention and preventative work. This will include being in contact with services that are likely to be in frequent contact with vulnerable adults and children -for health this means A&E, Minor Injuries, sexual health and substance misuse services and sexual assault referral services.

There will be training for staff to help them recognise gang issues and there will be profiling of gangs and the creation of gangs champions for each agency,

Legislation, such as that for antisocial behaviour, is and will continue to be used to disrupt gangs.

Talks with the London Boroughs and Central Government will continue about the placement of vulnerable families into Kent, with the aims of getting agreement that the boroughs notify Kent and Medway in advance of any  placements. Government will be lobbied to make such notifications a mandatory process, as is currently the case with children in care placed out of area.

There will be continuing work with private sector landlords to raise awareness of the dangers of cuckooing.

The report states: “This strategy provides us with a clear framework around which we can focus our resources and energy to have the greatest impact, with an emphasis on prevention and diversion alongside enforcement. Perhaps most importantly, we want to stop young people from becoming engaged with gang activity at the earliest stage and to make it easier for them to exit gangs when they are already involved.

“We have recognised that gangs are a current and growing issue in Kent and Medway and we are committed to working together to effectively eradicate gangs and the harm they pose to local communities.”

Crimestoppers – free, confidential service where you can give information about crime anonymously. Call 0800 555 111

NSPCC – information and advice to people involved in gangs as well as families and friends who are concerned. Freephone: 0808 800 5000

Family Lives – free advice on all aspects of parenting.