Managers and coaches from the East Kent Soccer School have taken on a team from charity Beat Eating Disorders to raise cash for the cause.

Yesterday (June 9) a mixture of managers and coaches from teams stretching from Soccer School to Under 12s joined forces to take on an equally strong 11 players from the charity.

At the beginning, everyone was trying to see where the strengths and weaknesses were and get rid of the nerves before the start of the match. 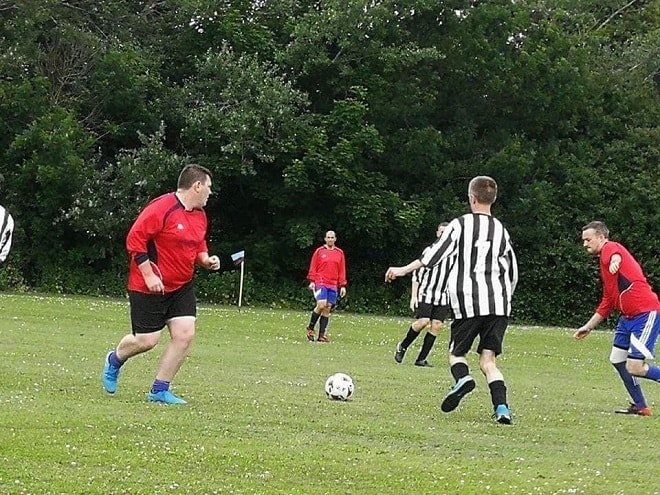 Coaching the game is very different from playing and even though a large selection of the players on the pitch still play for local senior Sunday league teams, there was also a good group  that should stick to coaching the young people in the teams!

An early goal settled the nerves with another couple coming and Beat finding the net as well for a first half score of 3-1. With the formalities of half time out of the way, the teams cracked on with the second half. with Beat bringing a squad of 9 players for the 9 a side game, a few of the East Kent lads helped them out as the game drew on.

Most noticeably, a deflection saw an East Kent FC player concede an own goal for his team. With an influx of young (and old!) blood, the game continued at a fair pace. The second half finished 7-1 with even the chairman getting 10 minutes to show his stuff. 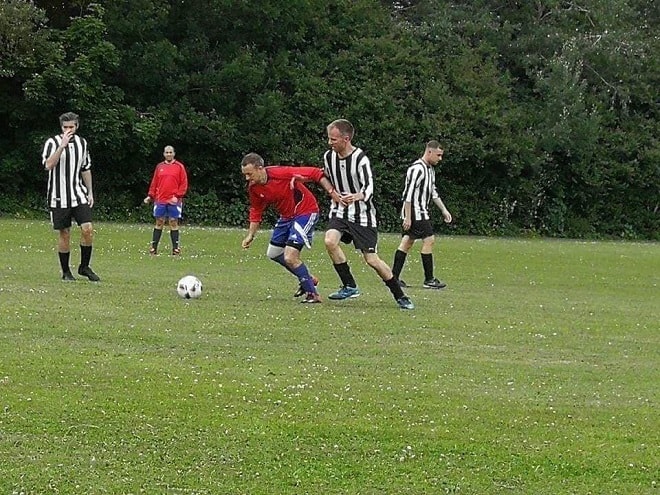 The match was for a very special charity and the game raised £92.50 for the charity which supports people of all ages who suffer from eating disorders.

East Kent FC would like to thank St George’s School for providing the match venue and Beat, wishing them all the best in future fundraising efforts.

If you, or someone you know, suffers from an eating disorder, Beat’s website can be found here: https://www.beateatingdisorders.org.uk/ 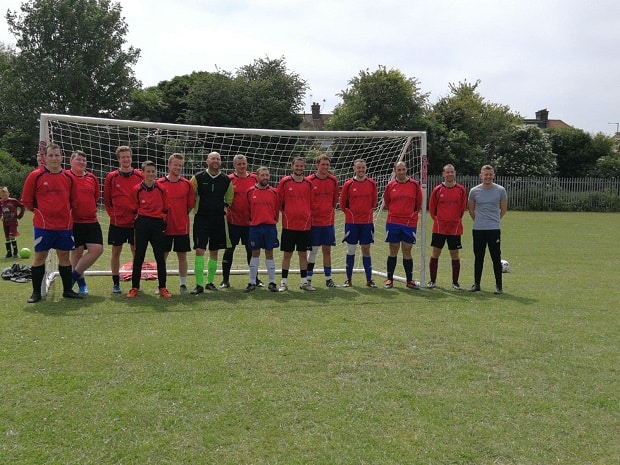 If you are inspired to come down and support local grassroots football, East Kent Football Club are always looking for willing volunteers to come and help out, with coaching, groundskeeping or with the local community.

East Kent Football Club can be found at http://www.eastkentfc.co.uk/