Laleham Gap school in Ramsgate is busy preparing for a visit from an England Olympic team member and table tennis star Sam Walker.

Sam will be at the school for the most of the day on Tuesday, June 19.

The school, which last year welcomed Paralympic gold medallist Ross Wilson, won the visit in a competition organised by Table Tennis England. Teacher and Laleham Gap table tennis coach Paul Ursell said: “It is fantastic for the pupils to speak to and learn from such a great player and it is lovely for all the great work we do here at Laleham Gap to be recognised in this way.”

At just 23 Sam has a glittering CV, having won national championships at all levels and representing Britain at the Olympics. He is currently ranked third in England and is in the world’s top 100. He has won team silver and bronze at the last two Commonwealth Games and a bronze at the World Team Championships in 2016. In June 2016, he was called up to the Team GB table tennis squad for the Rio Olympic Games.  He featured in the team competition, sealing a 3-2 victory over France in the first round before GB were knocked out by China in the quarter-finals. 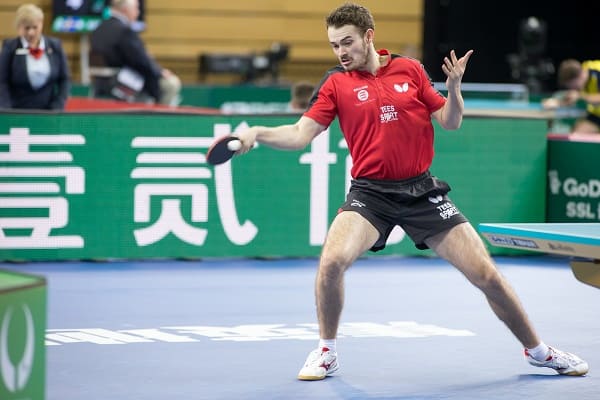 Although Sam is from Worksop, as a full time athlete he has to live and play in Germany, so it has taken a while to find a gap in his schedule. Indeed he flies  to the UK the day before to play at the school. Sam is happy to put in the effort to inspire the next generation.

He said: “Playing table tennis has given me the opportunity to travel the world and experience some fantastic moments representing my country. It all started for me when I was at school and helping to inspire the next generation of pupils to have fun playing sport and being active is really important to me. I’m really looking forward to meeting everyone at the school.”

On the day at Laleham Gap Sam will be extremely busy. He will do assemblies in both primary and secondary, give demos and tips in several PE lessons, play all comers at lunchtime, pose for photos and sign autographs, speak to the press, play against the school robot and maybe even show a few teachers how it is really done.

Mr Ursell added: “ I will even play a few rallies with him. In fact by the end of it he may feel he has worked as hard as an Olympic training session. But it will all be to inspire the children to keep going with this and other sports.”