An application to renovate Townley House in Ramsgate, creating 10 apartments, and demolishing the former Farley buildings to create nine houses and a further 4 apartments has been approved by Thanet council.

The application for the change of use and conversion of the prominent mansion house was submitted via Ramsgate based architects, del Renzio & del Renzio in June last year. 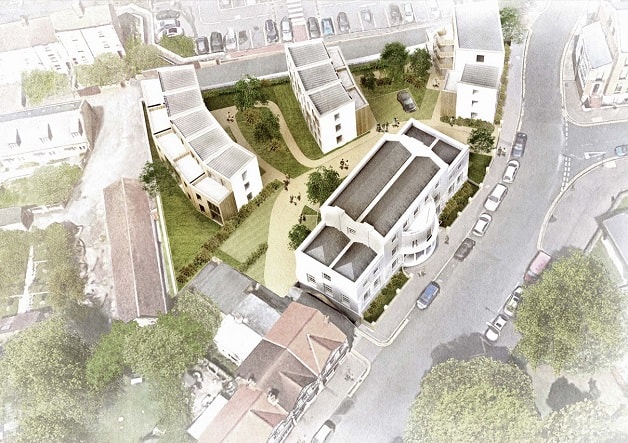 The development will retain, restore and reintroduce a range of the building’s original architectural features, to help return Townley House and grounds to their former grandeur, following years of neglect.

Renovation and remodelling of the main house – which was until recently Farley’s furniture store – will result in ten self-contained flats which trace the original outline layout of the building. 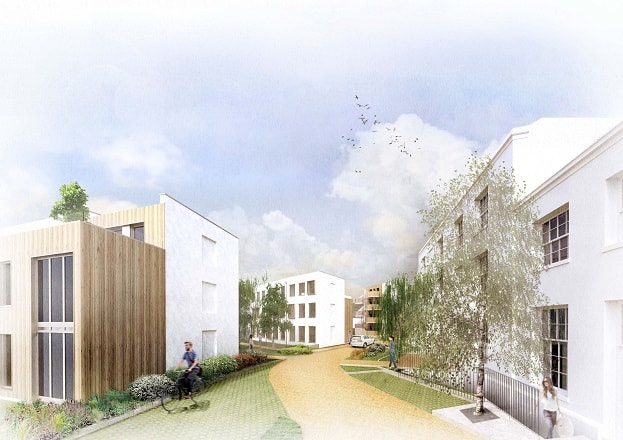 The demolition of a rear extension, late Edwardian shops and warehouse buildings on the site, will enable nine contemporary dwellings, with four affordable homes, to be constructed, along with parking, landscaping and boundary treatments.

Townley House on Chatham Street was designed in 1792 and is considered one of the most important buildings in Ramsgate. It was designed by one of England’s first female architects, Mary Townley.

The construction of Mary’s ambitious design was funded by husband Charles Townley, an important and influential landowner and developer in late 18th Century Ramsgate who also built part of Albion Place, Spencer Square and the Royal Crescent. 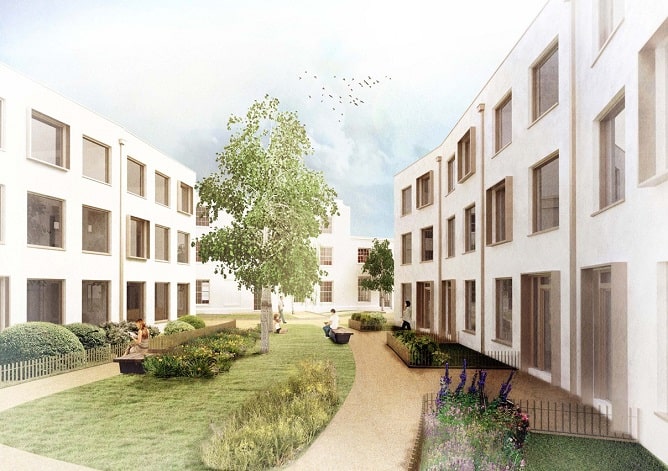 It was originally a family home for the Townleys and their eight children, surrounded by extensive grounds containing pleasure gardens, graperies, an ice house and a well. The Townleys were a highly influential couple and held balls and social gatherings attended by the gentry and nobility of the era, including a visit from the Duchess of Kent and a young Princess Victoria in the 1820’s.

The building had fallen into a state of disrepair by the 1960s and applications were made for its demolition to make way for a petrol station and vehicle showroom in 1965. 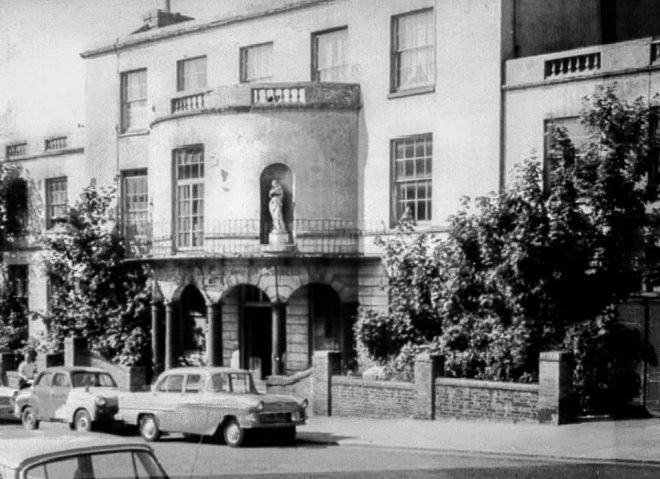 Fortunately, Townley House was not demolished, and although the grounds and original features of the property were vastly diminished by this time, it was granted a Grade II* listing in 1974.

Nick Naumann, Director of CorePi Ltd which owns the Townley House site said:“We are delighted to enter the next stage of development of Townley House in Ramsgate. This project is important for the entire local community – both residents and businesses. It combines beautiful architecture, the restoration of a landmark building and contemporary housing.

“We look forward to the future and the positive impact the development will have.”

Ivan del Renzio, founding partner of del Renzio & del Renzio said: “The Townley House project is a sensitive redevelopment of a very important part of Ramsgate’s fascinating social and architectural history. As born and bred locals, based in Ramsgate, it’s an extremely prestigious project to be working on and we’re excited to be part of it.”

Farleys had been based in Chatham Street since 1928 when Jim Farley rented his first shop and moved into the flat above.

It is now trading from premises in St Lawrence and Palm Bay.