Rave reviews on tripadvisor, praise in Forbes magazine and a recommended venue by Let’s All Go Kent – the new owners at The Mad Hatter Tea Rooms in Margate are creating a storm in a teacup.

Jamie Ingram and Heidi Cadby opened the doors on January 5 after six weeks of repainting, removing an interior wall and fitting a new kitchen.

The couple moved from Sittingbourne, selling their home, changing the schools of their three children and giving up their jobs of contract catering for Jamie and special needs teaching for Heidi, to follow their dream.

The plan was to buy the Strawberry Fields café in Birchington after Heidi’s mum, who lives in Palm Bay, took them there for tea. 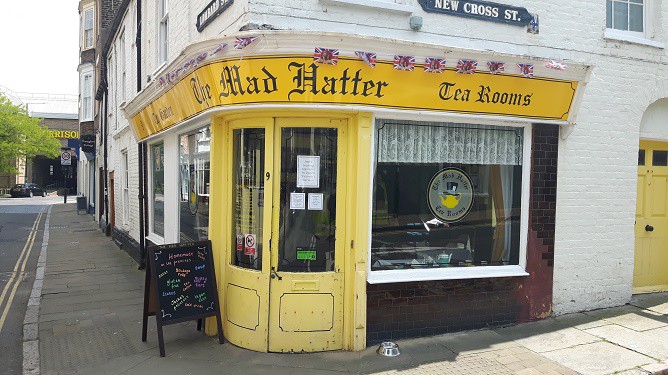 That sale fell through but the pair spotted The Mad Hatter was on the market, marking the start of a new era for the quirky Old Town café which had been run by Peter Clement-Bullett for more than 20 years.

Peter, famed for his extravagant, yellow outfits and the Christmas decorations that stayed up all year around, was  adamant he would only sell to someone who would respect the Mad Hatter tradition. 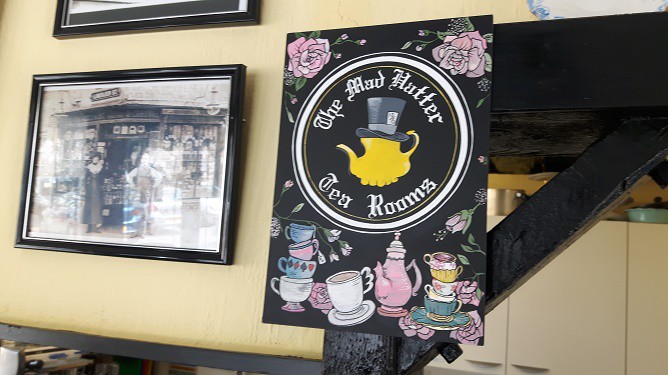 Jamie, 39, said: “We met Peter and he was very particular over who he would sell to. He had many offers for everything from a fish restaurant to a wine bar but he wanted it kept going as it was.”

And Peter would surely approve of the stunning homemade cakes and savouries now on offer at the tea rooms as well as the revitalised Queen Victoria room and authentic Victorian loos! 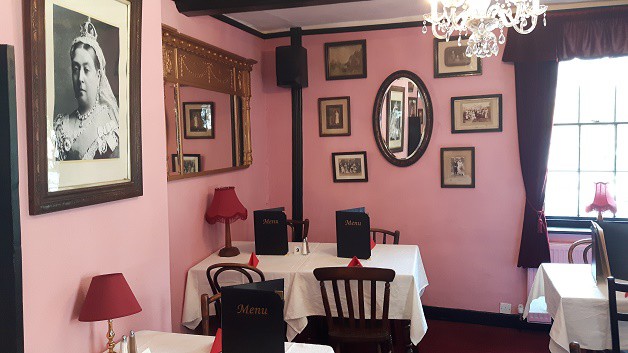 The most popular choice on the menu is the Victorian tea for two, at £19.95, which consists of finger sandwiches, scones, jam and cream, cake and a pot of tea.

Jamie’s homemade sausage rolls in all manner of flavours and the Champagne teas are also proving a hit.

Heidi, 39, said: “Everything is homemade. We also do vegetarian, vegan and gluten free. We are trying to open up the vegan offering and looking to put savouries on the menu. 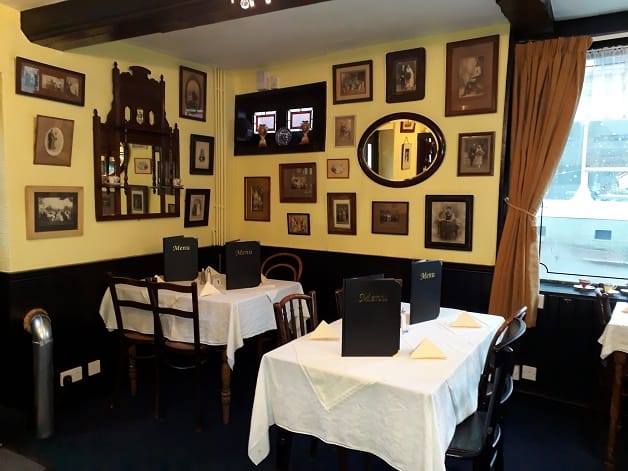 “We have a licence, so you can have a beer or Prosecco. We are very family orientated, catering for the mini Mad Hatters and we might start doing something in the evenings, soirees or barbecues.

“We feel like this was really meant to be. We upped sticks, pulled the children out of school, bought a new build in Manston and were doing the café up and it has all fallen into place. What doesn’t kill you makes you stronger!” 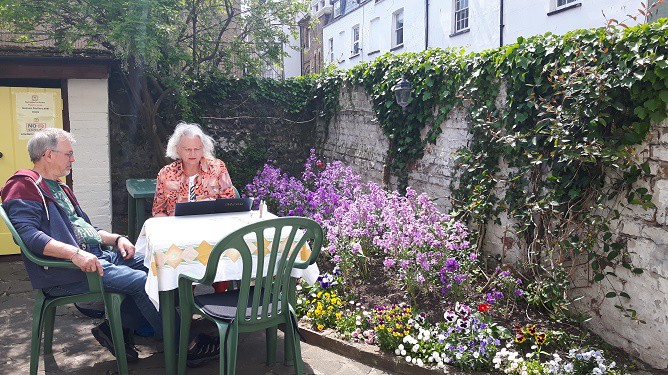 The couple, who open the tea rooms every day except Wednesdays, have already attracted a core group of regulars and say they have been impressed with the community spirit in Margate.

Jamie said: “Everyone has been really friendly with lots of offers to help out. It is also lovely to be by the coast.”

The tea rooms, consisting of the downstairs space, the upstairs Victoria tea room and a pretty garden area, are open 9am to 5pm, Monday-Saturday (except Wednesdays) and 10am to 4.30pm on Sunday.