The Planning Inspectorate has revealed why a Development Consent Order submission for the Manston airport site was withdrawn – citing a number of ‘concerns’.

The application was made by Riveroak Strategic Partners (RSP), the firm aiming to bring aviation back to the site.

A DCO is the means of obtaining permission for developments categorised as Nationally Significant Infrastructure Projects (NSIP). This includes energy, transport, water and waste projects.

RSP sent 63 documents, containing almost 11,000 pages of proposals, to the Planning Inspectorate in Bristol in April.

But on May 8 the Planning Inspectorate website displayed a letter from RSP lawyers Bircham Dyson Bell which stated the application has been withdrawn.

The letter said: “This letter is to notify you that our clients, RiverOak Strategic Partners Ltd, are withdrawing the application submitted on 10 April 2018 and are engaging with the Planning Inspectorate with a view to resubmission as soon as possible.”

An enquiry from Ramsgate Town Councillor Susan Kennedy over the reasons for the withdrawal resulted in a response published on the PINs website outlining the issues with the submission.

In it the Planning Inspectorate said its concerns included:

The concerns were put forward to RSP during a teleconference between the Planning Inspectorate, BDB Law and RSP on May 3 and the submission was withdrawn the following day.

An RSP statement at the time of the submission withdrawal said: “RiverOak Strategic Partners has temporarily withdrawn its DCO application in respect of Manston Airport. This is not uncommon with DCOs and RSP is in dialogue with the Planning Inspectorate in order that the application can be resubmitted as soon as possible.”

Following the meeting with PINS, RSP tweeted: “Extremely positive meeting with PINS yesterday. Inspector clarified all the points. We will be providing all the information required in the next couple of weeks, followed by a further meeting and resubmission.”

The PINS response has been welcomed by Thanet UKIP group leader Chris Wells, who said: “I would like to thank PINS for finally making the statement, highlighting the blindingly obvious flaws in this application.

“Those flaws reflect similarly cavalier approaches to the legal framework for CPO in RiverOak’s dealings with Thanet council in 2015.

“Surely now we can all put this amateur application behind us and move on?”

Isle Labour Party leader Jenny Matterface said the Labour administration had tried to find a back-to-back investor that would enable the CPO to proceed but had no success. She added: “’Now we can move forward and get the Local Plan out for comments to go directly to the Planning Inspectorate. Since 2015 we have been held back due to the obsession among some groups to reopen a failed airport as an environmentally damaging cargo hub.”

Thanet Independent Councillors say they will continue to push for aviation at Manston but would consider other backers.

Group leader Cllr Rev Stuart Piper said: “Thanet Independent Councillors believe that the Manston site should continue to be used for aviation. It is strategically important not only to Thanet, but to the UK and once it is gone, it cannot be replaced.

“Aviation at Manston will bring skilled jobs back to the area and greatly boost the local economy. Investors are lining up to be given the chance to re-open the site with a modern facility servicing new areas of the aviation sector to meet the demands of Britain after Brexit.

“We put the details of these investors to the new council Leader back in March but we have had no response or indication of real interest. They seem to be relying on the DCO as the only option and the revelation that it has been withdrawn for now, seems more than a little ominous. We are calling for immediate engagement with serious investors.” 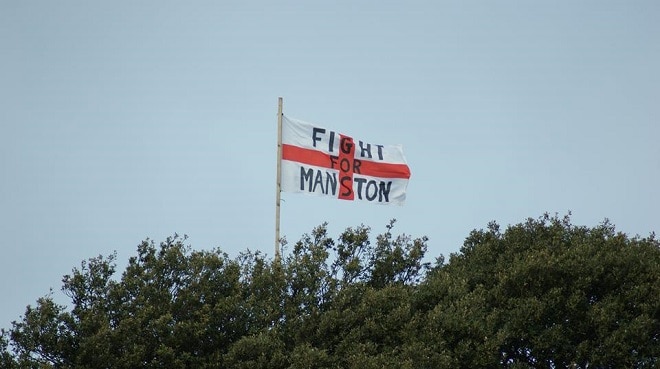 Pro-airport campaign group Save Manston Airport association  said: ““A month ago RiverOak submitted 10,600 pages of documentation to apply for the Development Consent Order (DCO) on Manston Airport. After 28 days (and out of time) The National Infrastructure Planners (PINS) asked for further information.

“It is the very rare thesis that gets immediately accepted without “minor corrections”, and that appears to be the case here.

“The Save Manston Airport association had already by day 28 done their homework, and were well aware that “re-submission” was a possibility – it is both listed as an option in the official government documentation, and we have so far found three previous DCOs where re-submission has taken place – some which were finally rejected, and some of which were finally  accepted.

“We understand, from a RiverOak Tweet that they will be providing all the information required in the next couple of weeks, followed by a further meeting and resubmission.”

“SMAa have every expectation that these “minor corrections” will be dealt with soon and we hope to have an open airport some time next year.”

RSP and MP Sir Roger Gale  have been approached for further comment.

The RSP proposals are for a project to create an air freight hub with passenger services and business aviation.

The cost of putting the infrastructure for Manston in place is now expected to rise to £479 million, with other expenses, such as for a CPO, to be in addition to that sum.

Site owners Stone Hill Park (SHP) have submitted an enhanced application for homes, business and leisure to be developed at the airport site.

The documents, now published on the Thanet council website, outline plans for  46,000 sq m of advanced/hi-tech employment space which SHP say will provide up to 2,000 direct jobs with 9,000 further jobs created over the course of the project, including construction and jobs in the supply chain for the wider area.

Plans include a heritage airport with an operational runway; public parks an East Kent Sports Village with facilities including Kent’s first 50m Olympic sized swimming pool and a WaveGarden surf lake; schools, a  food store, cafes/restaurants, a 120-bed hotel and a health centre.