After researching the work of the American experimental visual artist, including his famous Campbell’s soup cans and Marilyn Monroe diptych, pupils set to work making creations in his style.

Colourful and imaginative work from the project that was carried out in the classroom and at home is now occupying pride of place in the school’s main reception area. 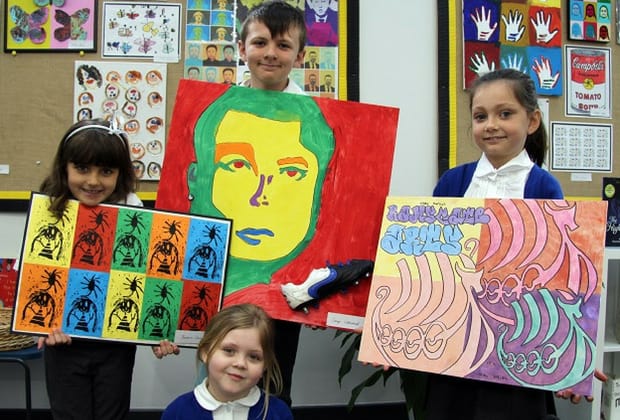 Four winners were chosen by art leader Mike Brown, who said: “The level of work produced by pupils of all age groups has been outstanding. They really took the creative edge displayed by Andy Warhol on board.” 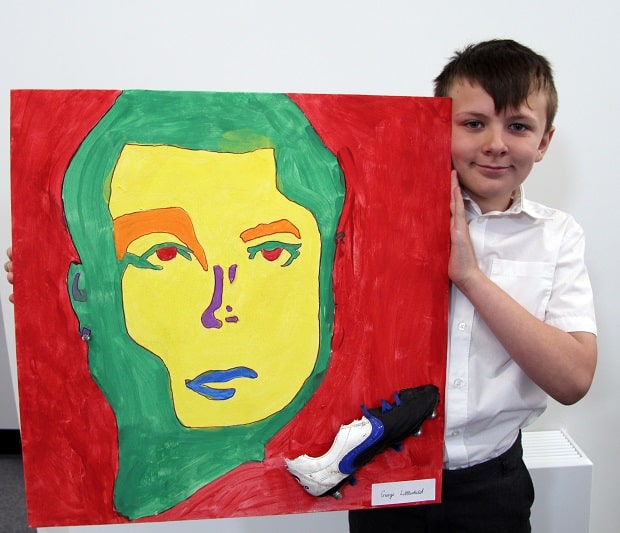 George, from Year 5, celebrated soccer superstar Ronaldo in his winning entry. He said: “As well as painting Ronaldo’s head, I used one of my sister’s earrings attached to his ear as he is famous for his look as well as his football skill. I also cut one of my old football boots in half and added it to the canvas. I like the way it has come out.”

Amber, from Year 1, put together a series of prints featuring, among others, American president Donald Trump, British Prime Minister Teresa May and RAPS Head of School Nick Budge. 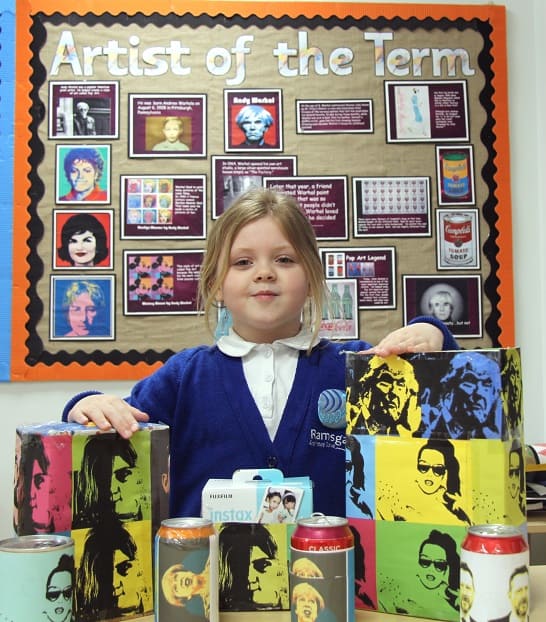 She also made a display featuring her prints on drinks and soup cans and on cereal packets.

She said: “It took me a lot of time but I like what I have made.” 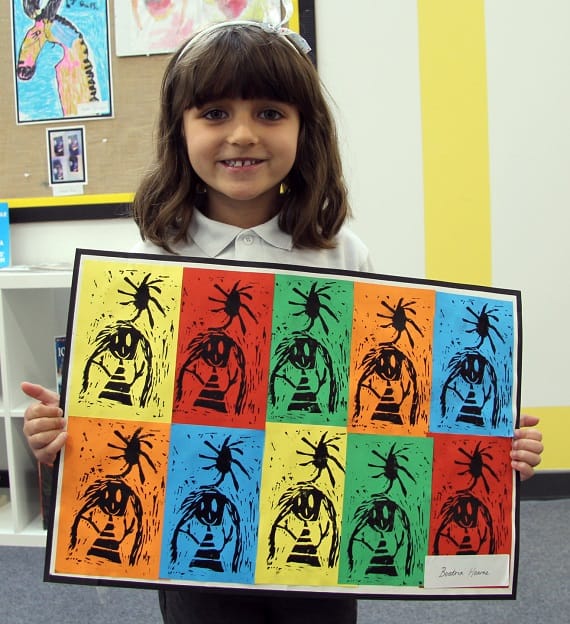 Beatrix, from Reception Class, said: “I chose to draw a picture of myself for my artwork,” while Miley from Year 2 was inspired by the RAPS school logo of a Viking ship in her highly detailed cut out and graffiti artwork. 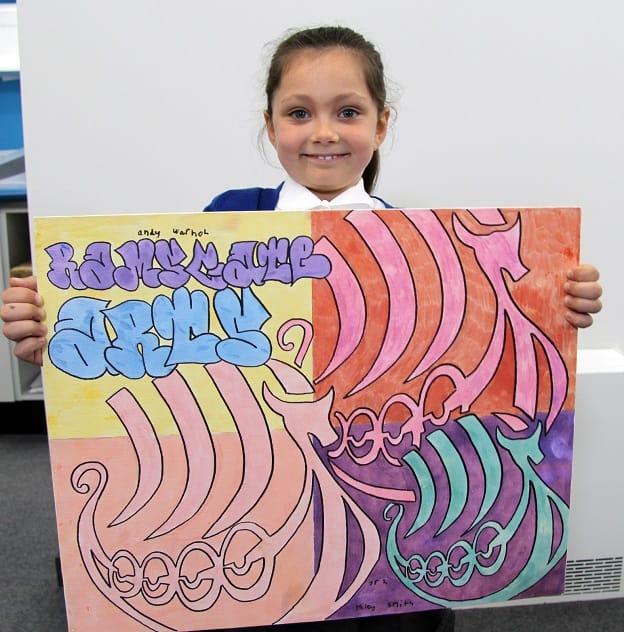 So far this school year, pupils have explored the work of environmental artist Andy Goldsworthy, impressionist Vincent Van Gogh, comic magazine art, and avant garde artist Jean Arp. The next artist under their spotlight will be illustrator Johanna Basford who creates detailed ink drawings for colouring in.

Andy Warhol was an American artist, director and producer who was a leading figure in the visual art movement known as pop art. His works explore the relationship between artistic expression, celebrity culture, and advertising that flourished by the 1960s, and span a variety of media, including painting, silkscreening, photography, film, and sculpture.

Some of his best known works include the silkscreen paintings Campbell’s Soup Cans (1962) and Marilyn Diptych (1962), the experimental film Chelsea Girls (1966), and the multimedia events known as the Exploding Plastic Inevitable (1966–67).

He promoted a collection of personalities known as Warhol superstars, and is credited with coining the widely used expression “15 minutes of fame.” In the late 1960s, he managed and produced the experimental rock band The Velvet Underground and founded Interview magazine. He authored numerous books, including The Philosophy of Andy Warhol and Popism: The Warhol Sixties.