The Smack Boys Home and Sailors Church at Ramsgate harbour could become a hotel and wedding venue if a government bid is approved.

A submission has been made by Thanet council to the Coastal Communities Fund, which has a £40million pot available for spend from April 2019 to end of March 2021.

Funding goes to projects costing over £50,000 that will ultimately lead to regeneration and economic growth while directly or indirectly safeguarding and creating sustainable jobs.

The bid would involve conversion, and extensive repair work, to the Military Road properties. Historic features would be retained and the church will also be kept.

The church is open every day of the year and holds occasional concerts – the rest of the building is not open to the public but is used as office space and by the Sea Scouts and Sea Cadets. 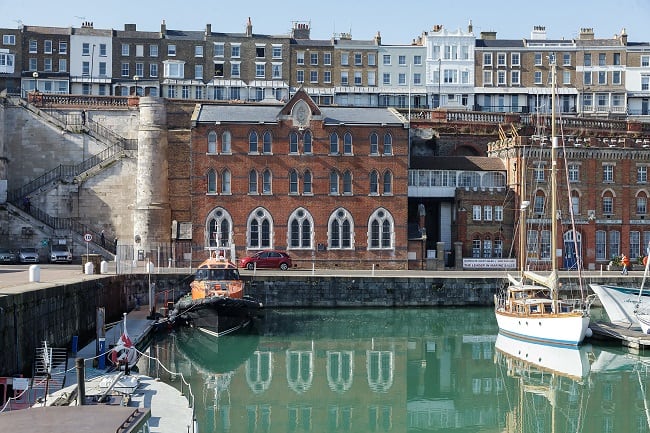 Thanet council has today (May 10) been talking to those involved in the cadet groups and will, if the submission is accepted, help them to relocate to a new premises.

The Sailors Church was built in 1878 to minister to the the men and boys who fished out of Ramsgate, and to provide accommodation for the  Smack Boys -fishing apprentices – next door, as well as providing emergency space for shipwrecked sailors.

The building is Grade II listed.

The bid is a stage one expression of interest. If it gets through this part of the process then a full business case will need to be submitted.

The proposal is being backed by Ramsgate Town Council’s Coastal Community Team, although the authority wants conditions for repair and maintenance of the buildings to be stipulated.

Town clerk Richard Styles said: “The Coastal Community Team has given the proposal conditional support. The support is conditional on certain things being done or agreed by TDC.  Ramsgate Town Council is a member of the CCT, but it has not been asked to endorse or support the project.

“If the project reaches the second stage the CCT’s conditions will have to be resolved and the council will give its views probably via a planning application for a change of use.

“The CCT and RTC are not interchangeable. TDC often finds it self in a similar position with bodies it belongs to. Joint committees may make policy that conflicts with their member organisations, but it does not mean that their members agree with their policy.

“The CCT has made it quite clear what the conditions for full approval are. The proposal may be rejected at the initial stage. If it makes it to the second stage, it will have to meet those conditions, satisfy the Coastal Communities fund and be deemed worthy of funding by the minister.

“It is likely that, if successful, the proposal will be put out to tender to find a private hotel operator to take on a long lease.

“As Clerk I am impartial in all matters, but I did help formulate some of the conditions, based on concerns that were expressed to me by various persons, including councillors.

“I think it would be sensible to have a period of quiet, as the CCF is not totally insensitive to social media and they might conclude, erroneously, that a few facebook comments might construe a lack of public support, which is not necessarily borne out by a robust evidence base.” 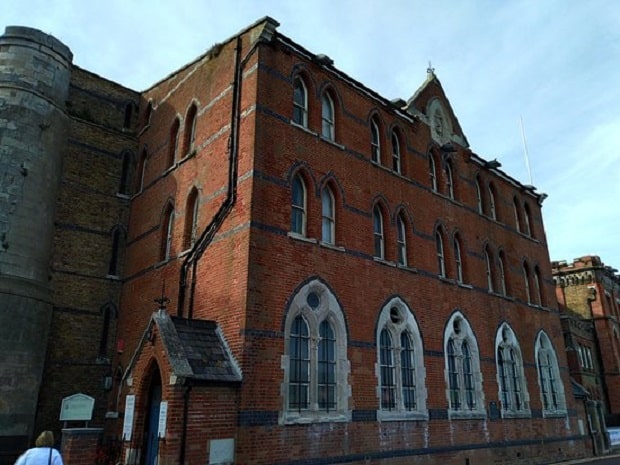 Stage 2 invites for those successfully passing the first round will be made in late June/early July. Full applications, business plan, and capital delivery plans then need to be completed and lodged by October 15. Successful projects will be announced at the end of the year or early January 2019.

Thanet council is also looking at carrying out a feasibility study into creating leisure activities at the harbour.

Council leader Bob Bayford said a ferry operation at the port was the authority’s main focus but marina leisure was also being explored.

He said: “Leisure could be many things such as residential, commercial, retail, things like sailing schools. Some leisure components could work in conjunction with a ferry operation, I don’t think they are mutually exclusive.

“We are open to all ideas and need to ensure a long term future for the port.

“If we commission the feasibility study we will have to go through the procurement process and look at the costs involved. It could, [possibly, be a joint operation with Kent County Council.”

TDC is currently  in talks with authorities in Belgium and the Seaborne Freight company which was due to have started a Ramsgate-Ostend ferry route in March this year.

Thanet council say no contracts have yet been signed and discussions are being held with “several parties to consider the future of a potential ferry operation across various routes.”