South Thanet MP Craig Mackinlay is backing calls from neonatal unit staff at Margate’s QEQM for Labour MP Rosie Duffield to issue a full public apology after mistakenly claiming traces of MRSA had been found on the skin of six babies in the unit.

Ms Duffield’s claims were reported by a local media outlet but they were incorrect. The babies found with the MRSA traces were at Ashford’s William Harvey Hospital not Margate.

In response Neonatal Ward manager Anne Savage blasted the Canterbury MP for damaging the reputation and morale of her staff and worrying parents needlessly.

Mrs Savage wrote in a letter to Ms Duffield: “We are upset and angry about your totally wrong assertions concerning the unit. You claim that MRSA traces were found on the skin of six babies and that the unit needed to be deep cleaned.

“Quite apart from the fact this is totally untrue, this had a very damaging effect on our reputation and staff morale, as well as worrying parents needlessly.

“On the day that this news was announced we had parents who wanted to take their babies home, others wanted to be transferred to another hospital and it created chaos and confusion. In situations like this patient safety is put at risk.”

The ward manager said she expected a full public apology to the staff of QEQM’s special care baby unit following the “outrageous and unsubstantiated claims.” 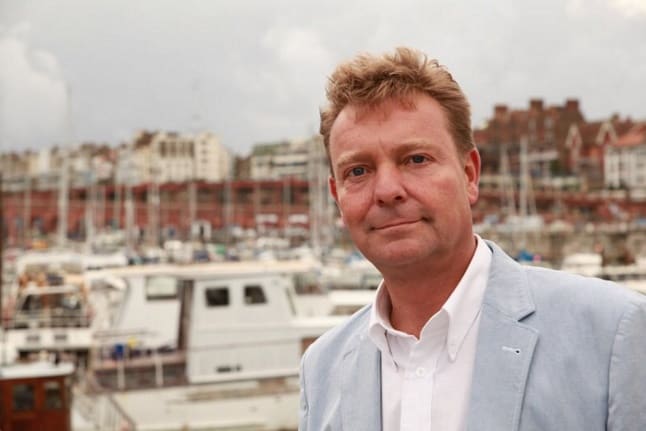 Her call has been backed by Mr Mackinlay, who said: “These claims about our local baby unit from the elected Member for Canterbury and Whitstable are as disappointing as they are false.

“Ms Duffield has not been an MP for very long, but she needs to realise that making wild accusations, without foundation, that damage and discredit our hardworking local NHS staff are unacceptable and irresponsible.”

He added: “Ms Duffield should take responsibility for her behaviour and issue a full and public apology to everyone at the Neonatal Unit.”

On Ms Duffield’s website a correction has been made, stating: “An early version of the letter to Prof Ted Baker mistakenly named QEQM Margate, instead of WHH, Ashford as the hospital involved in the recent MRSA colonisation cases.

“This was a staff typing error and Rosie is clear that there have been no such cases at QEQM. Prof. Baker has been updated and the mistake clarified.  Rosie is looking forward to visiting both units to see the excellent work of the nurses, doctors and other staff who continue to offer excellent care and dedication, adhering to the highest professional standards.”

MRSA traces were found at the William Harvey Hospital in Ashford.

Six babies in the hospitals 25-cot unit were found to have traces of MRSA on their skin.

No baby was infected with MRSA.

The first was diagnosed in late January and other babies in the ward were tested at that time with negative results. However, in March a second baby tested positive for the same strain and on March 23 four other cases were identified.

The unit was deep cleaned and babies and their parents were treated with skin washes. Nursing of the babies took place in an isolation area. Four of the six babies have since been taken home and the two other infants no longer have MRSA traces.

MRSA is mainly spread by skin-to-skin contact, and around 30% of people carry the bacteria on their skin or in their nose without knowing about it. This is one of the reasons why strict hand-hygiene procedures are always in place on the unit and staff routinely test for MRSA as an additional precautionary measure.