Art lovers have a last chance to see the latest exhibition by Thanet artist Ross Andrews before it closes on Sunday evening (April 22).

New Kent Art Gallery curators Karen Hiscock-Lawrence and Brian Hodgson have been hosting the From The Sea display.

Karen said: “Having grown up on the coast, Ross has always been passionate about the sea and spends a lot of his time on the beach.

“He has fully immersed himself in this which shows in his art and photography. He pushes himself physically to capture the life and power of the sea.

“He captures the waves in full force and offers a new view of them, unfamiliar to and unseen by many.

“He endeavours to bring the sea and the coastline together from and beyond the wave. Awareness, patience and timing are key elements to Ross’ work.

“Some pieces can take more than two years to capture and with a very small window of opportunity, all of the elements have to simultaneously come together.

“This is about combining photography, art and science whilst battling the elements of the sea, often at its most fierce.”

After a successful showing last year, and a long, busy winter, Ross has carried on in the same vein this time around, packing his schedule with a number of exhibitions whilst also undergoing something of a rebranding behind the scenes.

Having been showcased on TV on a number of occasions as well as attracting national press coverage, most recently featuring on Britain’s 50 Favourite Walks (pictured), Ross continues to expand his creative boundaries and hopes that visitors will find his work as intriguing as before. 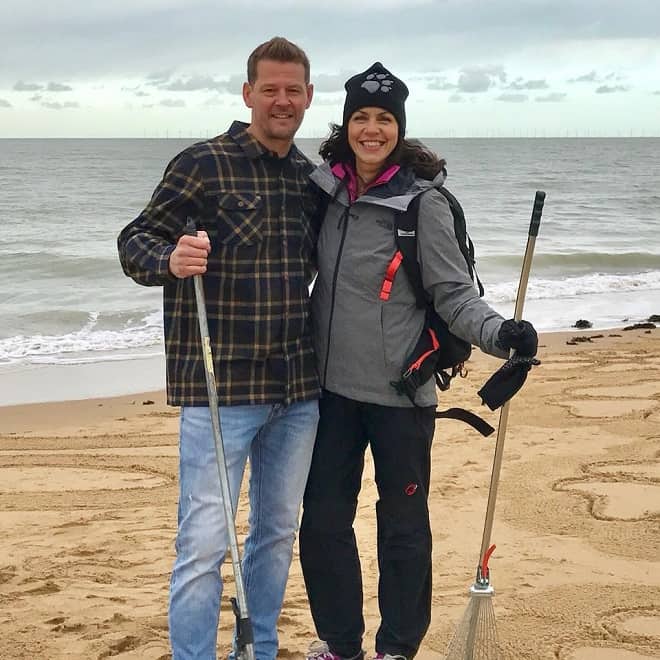 “This is also something which is seen in his sand art,” continued Karen.

“Ross uses the natural environment as his canvas which means that he is working with but often against the elements and as a result making his work ephemeral.

“Most of Ross’ work is done on a freestyle basis, often with no planning but a visualization that feels right at the time.

“As he is unable to see what he is drawing, due to the scale and close proximity, he hopes that what he has visualised appears across the very large canvas he is using.”

Find out more about From the Sea at www.newkentart.com