Travellers who have set up on the car park at Dreamland today (April 18) have been issued with notice to leave by Thanet District Council.

The authority, which owns the car park, said an application will be made to the court for eviction if the group does not comply.

A Thanet council spokesman said: “We are aware of the traveller incursion at the Dreamland car park. Police and community safety officers were on site today (Wednesday) to complete the required welfare checks.

“As no welfare needs were identified, officers have issued a Section 77 notice requiring them to leave the land forthwith.  If they do not comply, the council will apply to the court for a full hearing.”

Police officers called to the site have issued two drivers in the group with Section 59 seizure warning notices for anti-social driving.

A [olice spokesman said: “Kent Police attended Marine Terrace in Margate after a report at 3.33pm on Wednesday 18 April of bad driving.

“Officers spoke to the drivers of two vans and they were each issued with a Section 59 seizure warning notice for anti-social driving.”

Under Section 59 of the Road Traffic Act, if a warning has been issued and that person or vehicle is stopped again for being a nuisance within a one-year period, the vehicle can be seized and impounded by police. 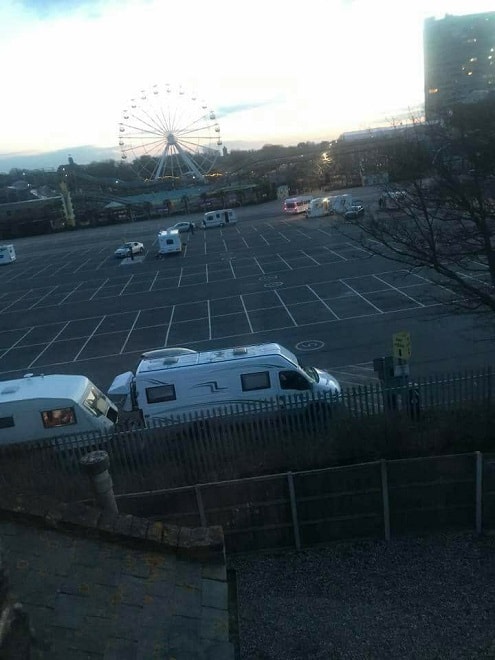 Around 10 caravans and vehicles last moved on to the council-owned car park on March 26 but the last of the group left two days later following the issuing of a court summons.

Thanet council had issued notice to leave but were then forced to apply to the courts when it was ignored.

Another group of Travellers who have set up at Dane Valley Green on April 14 remain at the site.