An isle journalist training for the London Marathon has thought of a novel way to raise money for the cause – brewing her very own beer.

Jodie Nesling has been pounding the pavements in preparation for the gruelling 26.2 mile run and two weeks ago swapped trainers for hops to make the beer in aid of Oasis Domestic Abuse Service.

She said: “As a typical hack I am pretty useless at running and my diet is less than ideal so the training has been awful – especially in the recent snow. On one particularly horrific jog I was trying to think of ways I could hit my fundraising target.

“I’m not really into cake bake sales so I asked Gadds’ brewery if they would let me make a charity ale and for some unfathomable reason they agreed. It was very good of them. I adore their beer.”

Ms Nesling, of Cliftonville, then took part in a brew day using a recipe which included Godiva hops and was created by head brewer Jon Stringer. “Weirdly I found out we are both from the same town in Essex and he is a marathon runner – it was definitely meant to be,” she explained. 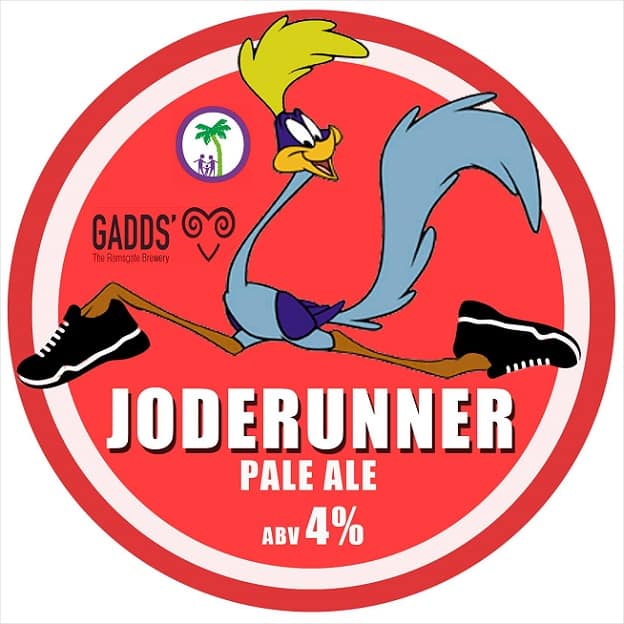 Under the expert guidance of brewster Sue Fisher JodeRunner was made at award-winning Gadds’ HQ in Pysons Road. And it has been hitting the shelves all around the isle with part of the profits being donated to Oasis.

A launch party at her local, The Tap Room, proved a huge success as punters sunk 150 Joderunners in one evening.
The beer was also on tap at the annual Planet Thanet beer festival over the Easter holidays.

But although  the process has been fantastic fun, she says promoting the charity was of greater importance: “Oasis do so much work helping families with the devastating effects of domestic violence. Funding and housing is a huge issue and with funding being cut they need all the help they can get to continue their vital work.”

The beer will be on sale until the marathon takes place on Sunday, April 22.