Thanet council has confirmed it is in talks with authorities in Belgium and the Seaborne Freight company which was due to have started a Ramsgate-Ostend ferry route in March this year.

In October, during the run up to the Ostend elections, town mayor Johan Vande Lanotte announced a ‘basic agreement’ had been made for a ferry line between Ostend and Ramsgate.

In a social media statement Mr Vande Lanotte said: “The Board of Management of the Port of Ostend has reached a basic agreement with Seaborne freight for the launch of a new RoRo line Oostende- Ramsgate, which is due to start on March 1, 2018.

“It is a guided freight, ie lorry drivers who cross the Channel with their freight. The intention is that three ships will be deployed with six departures a day.” 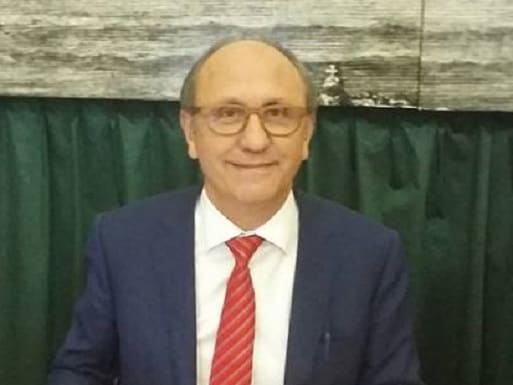 This year Belgian press reported the expected start date for the operation had been set back.In February publication KW stated: “According to Vande Lanotte (pictured above), the agreement between Seaborne Freight and the Port of Ramsgate has not yet been signed. A start is now being made between mid-April and early May, but that depends on Ramsgate.

“The Ostend harbour also awaits the agreement with Ramsgate before making the necessary safety investments itself. These are necessary to prevent migrants in Ostend from getting on the ferry to England. “Both the operator and the port company will make the necessary investments.

“Ostend appoints ten extra police officers, who will be funded with a small 30% of the port duties that Seaborne Freight pays. The federal government also provides 16 additional people to the Shipping Police.”

Thanet council confirmed no contracts have yet been signed and said discussions are being held with “several parties to consider the future of a potential ferry operation across various routes.”

“We want to do something about this and the quickest way is through a ferry operation. This would benefit Ramsgate and the whole of Thanet.

“Talks had been taking place a long time before I was involved, in fact Thanet council has been involved with ferry operation discussions for years.

“The ferry business is buoyant. We do not know what will happen after Brexit but we could end up doing more, or different, trade with Europe.”

When asked by The Isle of Thanet News whether a suitable ferry was available for the operation the Ostend mayor said he ‘thought’ there was.

One vessel identified last year, out of the three proposed for the route, was reported to be the former Dover-Calais ferry MS Nord Pas de Calais.

The ship, built in 1987, served the route until 2011 when SeaFrance was liquidated. It was then bought by Eurotunnel and leased to MyFerryLink until 2015.

After 2015 it was laid-up and designated for use “for hazardous freight and waste”, before being renamed Al Andalus Express and sent to the Mediterranean.

Last month Mer et Marine (Maritime News) announced the vessel had returned to service after being chartered for two months by Naviera Armas to ensure the line between Las Palmas and Puerto del Rosario.

Maritime News added: “(It) is still one of the prospective ships for the proposed new connection between the Belgian port of Ostend and Ramsgate, in the United Kingdom. But this initiative, carried by Seaborne Freight, a structure created by former executives of MyFerryLink, has fallen behind.”

The two other vessels to be used are yet to be identified.

Last year Mr Vande Lanotte told The Isle of Thanet News: “This group (Seaborne) is the first one that seems reliable to the port authorities of Oostende.”

This month (April) documents to Companies House revealed eight shareholders. There are 5,300 shares valued at 1p each – making a total of £53.

Thanet council’s shipping expert Robert Hardy,of Paradox Consulting, said last year that the cost of setting up a ferry business could be in the region of 8 million Euros (£6.9m), although estimates as high as £100million have been made.

He told Shipping TV: “It is not as hard as it looks. Once you have secured the burn money, probably in the region of 8 million Euros, depending on the vessel, you are up and running.”

Ramsgate Port has been dormant, apart from a temporary deal with car shipper GEFCO between January 2016-17, since TransEuropa Ferries filed for bankruptcy in April 2013.

No ferry service has operated from the port since that date. The last successful operation was run by Sally Line Ferries. The company, founded in 1981, operated between Ramsgate and Dunkerque. Between 1993 and 1998 there was also a service to Ostend but this was moved to Dover and the Sally ceased operations in 1998.

GEFCO is currently using the port as an overspill when it is unable to unload at Sheppey. No new formal contract with TDC has been signed.

In January a proposal to use land at Ramsgate Port  for a ‘temporary’ truck and coach park was approved.

The planning application, made by Thanet council’s harbour master Rob Brown, was for the fenced in area, previously used to park HGV’s which were either waiting to be shipped from or had arrived into Ramsgate by ferry, to become a 90-space truck park for a period of two years. 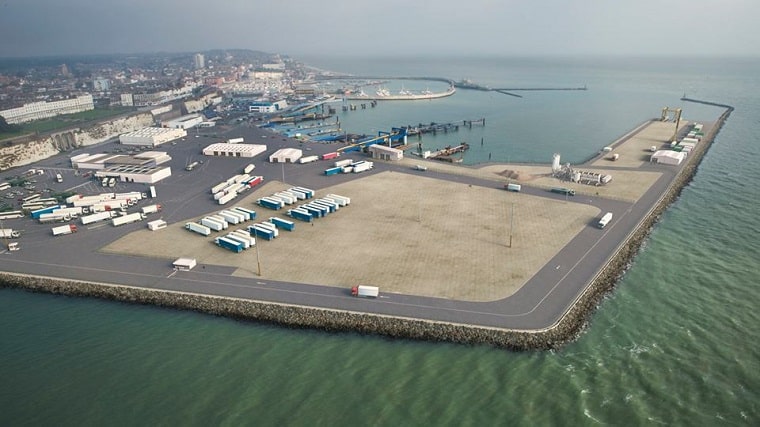 Annual accounts by Thanet council for 2016-17 show a loss of £2.24million at Ramsgate Port.

Accounts for the years 2010/11 – 2015/16 showed the port had lost £7.6 million over those five years – excluding £5million in live export compensation and the  £3.4million for bankrupt TransEuropa Ferries unpaid fees and charges

Thanet council said the figure included revaluation of assets, costs and depreciation – meaning the total stated amount has not actually been taken from council funds.

TDC said the £7.6million figure included costs which are shared across other areas of the council for the running of its services, rather than being directly incurred in running the port.

Community backing has been expressed for a marina village development at Ramsgate Port and harbour.

Although it has been suggested Thanet council would look at all potential options for the site if necessary the authority said “priority is to re-establish a ferry operation at Ramsgate.”

The harbour has been revitalised by leisure use of the Arches and income from areas such as mooring fees have resulted in a small profit of £558,000 for 2016-17.

Harbour expenditure was £1.5 million against income of just over £2million.

Accounts for the 2017/18 year will be publicly available after they have been audited in August.

The costs include work on the harbour sluice gates and water supply upgrade; Replacement of Lead Lights at the port; fuel barge access ramp; Berth One refurbishment and pontoon improvements. 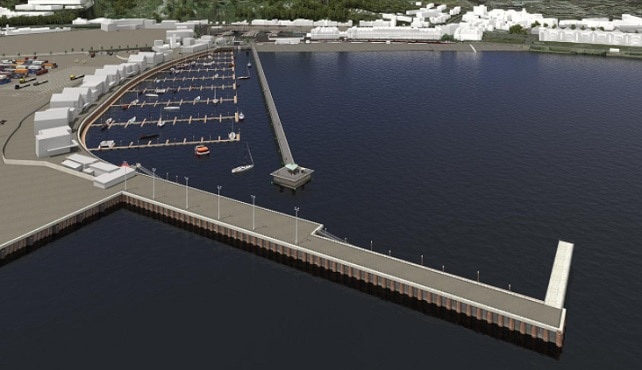 Dover is undertaking a £135m expansion project at the Western Docks which will include  a new cargo terminal, waterfront development and marina. This is due to reaching capacity at the Eastern Docks.

A  24-month programme with dredging and piling activities is underway. Approximately one million cubic metres of silt, gravel and chalk will be removed. Works include extensive dredging and construction of a new 560m curved marina pier.

The Eastern Docks has two ferry operators running ships from Dover; P&O Ferries and DFDS Seaways. P&O operate ferries from Dover to Calais, while DFDS Seaways offers a service to both Calais and Dunkerque.

P&O also runs a freight service between Tilbury and Zeebrugge. The integrated ferry and logistics company carried 185,908 freight units between January and December 2017.

P&O Ferries operates two ferries on the route – the 20,000 ton sister ships Norstream and Norsky – sailing 24 times a week in total on crossings which last eight hours each.

8 port ‘proposals’ that are yet to come to fruition 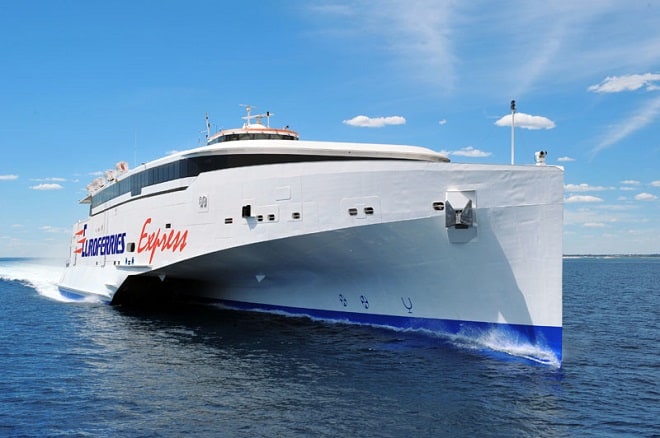 The proposals reappeared in a report compiled by the East Kent Regeneration Board (EKRB) last August.

The shipping expert taken on by Thanet council said the authority could buy its own ferry to run cross-Channel services from Ramsgate.

Thanet council later issued a statement to say:“The Port does not intend to either purchase or operate ships ourselves.” 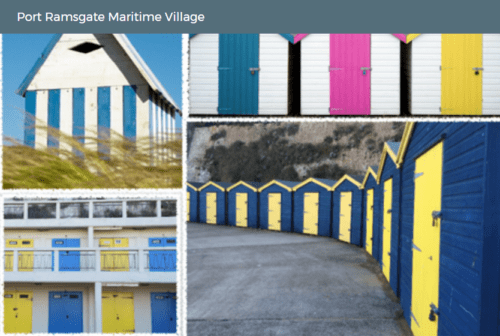 A maritime plan may still be on the cards – but possibly not this one.